When AHRC New York City’s Dorothy and Michael Styler Day Services opened at a new location in July, it provided a unique challenge for many of the people who receive services through the center. After years of traveling independently to the facility’s old location, how would they be able to make the switch to an entirely new neighborhood?

Most of us take independent travel for granted. A simple MetroCard swipe provides access to almost any bus or train in New York City, making intra- or inter-borough travel a breeze. Yet our ease of travel comes via years of experience, knowledge of an intricate transit system, and a heightened sense of awareness. What may be intuitive for us is often completely new territory for people with intellectual and other developmental disabilities.

Getting from Here to There

AHRC NYC’s Independent Travel Instruction program teaches the skills and strategies necessary to become a self-sufficient public transit user. When the Styler Center, which comprises both day hab and pre-vocational programs, moved from 4377 Bronx Boulevard to its new 1440 Ferris Place facility, 62 people had to be retrained over the course of four months and 37 total travel training. To show appreciation for the many dedicated trainers and other staff for the successful transition, a celebration was held on Friday, August 19, 2016, with cake, cola, and commemorative cards. 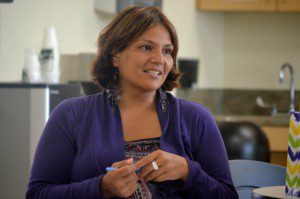 Christine Demel, the Transition Developer, discusses the importance of independent travel in the lives of people with disabilities

“This involved a lot of getting up early, getting home late, and you all still maintained the same level of work,” Christine Demel, Transition Developer, said to the travel trainers. “You learned about the people you trained and you discovered things about them that you didn’t know before. You adapted to their needs and learning styles.” She said that 51 people from the Styler Center’s Pre-Vocational Training program and 11 people from its Day Services facility had to learn completely new routes from their homes. “This is more than about the numbers, and I’m so glad you’re all our travel trainers.”

“The fact that we live in a city that has such a strong public transit system means the people we support can have more independence,” Jonathan said. “When we create an opportunity where they can travel independently, it creates so many more opportunities for them. You’re giving them so much more quality of life.” 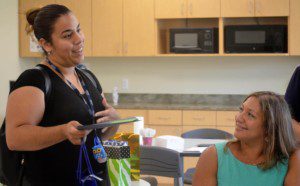 “Maybe for you and me, we don’t even think about getting on a bus,” Ruth said. “But think of a phobia you have and then try and do it. This was such a great experience helping these guys out. I love what I do!“