3-D Pop Artist, Charles Fazzino has announced his partnership with AHRC New York City as Official Artist for the AHRC New York City 70th Anniversary and Annual Dinner! Proceeds of Charles Fazzino’s Official AHRC NYC artwork will benefit AHRC NYC! Mr.Fazzino created the bright, whimsical and wonderfully detailed art that will be used throughout its anniversary year on invitations, posters, billboards and other materials. Read about the partnership on Mr. Fazzino’s blog.

“AHRC originally came to my attention because it focuses on the importance of art, as a creative expression for people with developmental disabilities. They understand the impact of art and how meaningful it is to these individuals; it’s inspiring. I wanted to be a part of that. AHRC NYC does amazing work for people with intellectual and other developmental disabilities. I’m thrilled that my commemorative artwork will benefit such a wonderful organization.” 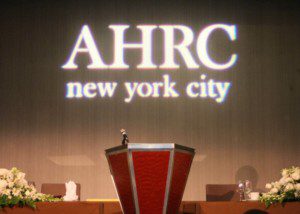 Purchase Tickets for the Annual Dinner 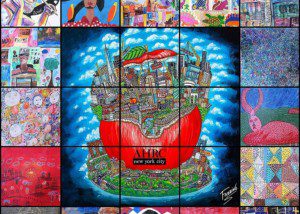