SHREDability is not just a new business. It’s a social enterprise, with a good mission. Conveniently located near three major highways in the Hunts Point neighborhood of the South Bronx, SHREDability is a secure document-destruction business that is creating jobs for people with intellectual and developmental disabilities, including many people who were not able to be employed previously. Shredding paper for companies throughout the New York City Metro Area, SHREDability offers environmentally-conscious practices and competitive pricing, (they will either match or beat competitors’ prices,) and exceeds all industry security standards. As an AAA NAID Certified business and a member of the Secure Document Alliance, the business understands the risks companies take every day when handing secure documents.

Operating under the umbrella of AHRC New York City, 80 percent of SHREDability’s workforce is comprised of people with intellectual and developmental disabilities, from AHRC New York City’s Day Habilitation and pre-vocational programs.

Michael Edward works in the warehouse for about 20 hours each week. He began his employment with SHREDability in October 2011, after a year of searching for employment.  “I was going to so many programs, and I thought I was never going to get a job!” says Michael.

“Shredability is creating jobs in the south Bronx. We plan to employ about 50 people by the end of our third year,” says Naira Aslanyan, Safety & Quality Assurance Manager, and Staff Training Coordinator for AHRC New York City’s Employment and Business Services.

SHREDability is dedicated to the sustainability of our planet.  They ensure that all paper passing through their warehouse, (including paper towels, office documents, and even clean toilet paper,) is made into post-consumer products. Items are prepared so that they may be easily recycled and processed at US paper mills. While the company’s competitors shred documents on mobile trucks, SHREDability’s trucks do not idle on city streets, in order to avoid emitting harmful toxic fumes.

“I’ve been working for Shredability for six months already,” says Francisco Arbizu. “Since we are a green company, we send the paper to a pulping mill. Recycling is very important for our world right now because our resources are going to waste.  We are helping to change that in the world.”

The process of secure document destruction begins with SHREDability’s shredding/recycling bins, which are tracked by number and are weighed before processing begins. The bins are collected from client business locations for transport to the SHREDability warehouse.  Upon arrival at the warehouse, the bins are moved into a locked, fenced area where they are securely stored until they enter the co-mingling stage of processing – (the separating of material groups).  Once co-mingled, a machine called “the tipper” tips each bin onto a conveyor belt where the paper is shredded.  Shredded paper is then baled by the machine, and wire-tied by hand.  Each bale of shredded paper weighs 1500 pounds.

The company offers several means of security assurance, which allow customers to track the chain of custody related to their business’s documents. Clients may also view their documents being shredded via online access which allows them to view live video surveillance of the warehouse facility. Certificates of Destruction are presented to customers when their documents have been destroyed. 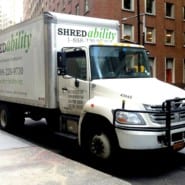 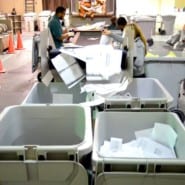 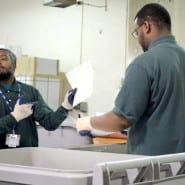 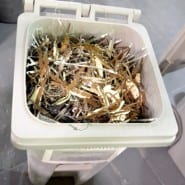 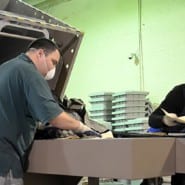 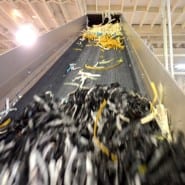 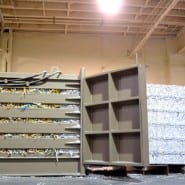 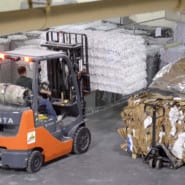 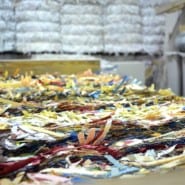 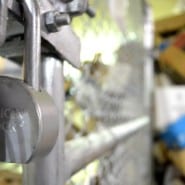 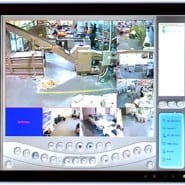