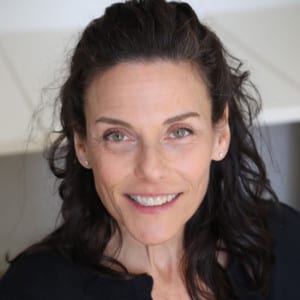 Melanie Moelis joined AHRC New York City as Chief of Staff in July 2018, bringing with her experience in the health and human services and financial products industries, within both for-profit and nonprofit sectors. She began her professional career at Citibank where she started as a financial analyst, completed their Management Associate Program, and then progressed for ten more years in positions responsible for program and product management, and at the same time earned her MBA from NYU’s Stern School of Business. Melanie then turned her focus to the nonprofit world and joined the MasterCard Association as Vice President of Health Care Services.

Shortly after the birth of her first child, Melanie took a 15-year break from her career to care for her father in the aftermath of a traumatic brain injury. During this time, she volunteered for numerous community projects and philanthropies and raised her three children in whom she instilled a deep commitment to Tikun Olam – repairing the world, while she cared and advocated for her father until his passing. It was this experience that refocused Melanie’s attention on special needs populations and, eventually, on her re-entry into the workforce. She has since held positions as Director of Business and Program Services at FEGS, Chief Business Officer at Metro Community Health Centers, fundraiser for Sunrise Association, and, finally, to her position here at AHRC New York City, where she supports the Board, advances the Executive Team’s administrative and strategic priorities, and plans to help prepare and strengthen the organization for long term success.