AHRC New York City has fought for the civil rights of people with intellectual and developmental disabilities and their families for over 70 years.

The fight continues and You Can Help.

The resources below will help you to understand today’s policy initiatives, and provide resources you can use to help make a better world for people with disabilities and their families. Included below are our advocacy initiatives at the local, state, and federal levels.

The intellectual and developmental disability (I/DD) field began as a partnership between government, families and the newly created non-profit provider sector – all wanting to do what was right after the signing of the Willowbrook Consent Decree in 1975.   The sector has grown over the years, working hand in hand with government, to support people with I/DD who would otherwise be left without any supports. While AHRC NYC and other similar mission-driven organizations made commitments to serve the most vulnerable of New York State’s population, a commitment that was once shared by the state, the rising costs of doing business are making the viability of necessary programs difficult to maintain. Since the I/DD field is almost exclusively reliant and supported by government funding, increases in fixed costs that are matched with increased government funding make sustainability difficult.

There are approximately 140,000 individuals in New York State who have intellectual and developmental disabilities (I/DD) and are supported by NYS OPWDD. Voluntary provider organizations provide services and supports to these individuals, and offer a variety of programs tailored to meet the wide range of needs and abilities of those with I/DD in the most efficient and cost-effective way. Today, AHRC New York City alone provides services to over 15,000 individuals with I/DD every year and has a staff of 5,000, spread across 113 facilities, in all five boroughs.

Many agencies have been forced to close, limit the number of program offerings, or severely reduce the number of individuals they can support. The individuals being supported require care and specialized attention that can only be provided by organizations such as AHRC NYC, with specialized expertise, knowledge and experience.

In 2006, New York State made a cost of living adjustment (COLA) increase permanent by law, but this has been deferred by the Executive since 2010. Prior to the deferral, Medicaid funded OPWDD supports and services received yearly increases to cover the rising costs of providing services, called “Medicaid Trends” similar to a COLA for non-Medicaid expenses. In 2010, a 2.08% COLA/Medicaid trend was given to both state and nonprofit operated programs. Since then, with the exception of a 0.2% increase given in 2017, nonprofit OPWDD providers have been denied any COLA to support agency operations.  Recent OPWDD budgets have included zero dollars to account for inflation, pay for the rising costs of workers’ compensation, liability insurance, employee health care costs, rising rents, and other fixed costs involved in providing services. Hundreds of millions of dollars have been saved by NYS as a result of these COLA deferrals.

An absence of these trends has forced many providers to operate in the red, have very limited cash-on-hand, and in some instances, forced them to close their operations. The poor fiscal health combined with the pressure for providers to start their transition to managed care has placed organizations in a perilous and increasingly unstable position. It has placed the state’s most vulnerable citizens in peril of not receiving the services to which they are entitled, deserve and need. Without these services, they will languish at home or become wards of the state.

Include the 3% Human Services Sustainability Trend for the next 5 fiscal years.

AHRC New York City currently operates six schools within the five boroughs, educating a total of 900 students in four (4410) preschools, one (853) Elementary school and an (853) Middle/High school. The schools were developed to provide a free and appropriate education (FAPE) to students for whom the New York City Department of Education does not have appropriate placements. The Elementary and Middle/High schools are privately operated by AHRC NYC but funded, approved and contracted by the New York State Education Department and City Department of Education (DOE). These schools fulfill the government’s legal responsibility to those school-age individuals who the DOE cannot support and all students are referred by the DOE’s Committee on Special Education.  The AHRC NYC preschools operate under the regulations and approval of the Department of Health and Mental Health and referrals are made and approved by the DOE’s Committees on Preschool Special Education.

Funding for 4410 and 853 special education programs has been at low levels, creating deficits for providers and causing them to close needed programs across New York City. The state system reimburses the 4410 and 853 programs at 94 percent of allowable costs, far less than the actual cost. Additionally, teachers and related service professionals are difficult to hire and retain because the DOE pays salaries at a higher rate than we are able. Teacher salaries in 4410 or 853 schools for a twelve-month year are significantly lower than those teachers in public schools, by an average of $20,000 for a ten-month year. This is all despite the fact that Teacher Certifications required by the City and State are the same for the public schools and the 4410 and 853 schools.

In the last five years alone, AHRC NYC and other service providers in New York State have lost upwards of $50 million by providing education services. As an organization, AHRC NYC began providing educational services to children with developmental disabilities close to 70 years ago when almost no special classes existed in the DOE – then called Board of Ed. The commitment has continued. If this fiscal trend continues, it will be impossible to continue fulfilling this commitment.

The 4410 preschools and 853 school-age programs need adequate growth factors and tuition rate increases along with other fiscal supports to bring reimbursement more closely in line with the cost of operations. Further complicating the situation is the recent increase to teacher salaries in Universal Pre-K programs in New York City, passed by the City Council and Mayor. Not including the 4410 preschools in the salary negotiations demonstrates how the State and City believe that these programs are not an integral part of the educational system, despite educating the neediest and most complicated of students that the DOE cannot educate.

With an average waiting period of seven years, securing community-based housing for people with intellectual and developmental disabilities (I/DD) in New York State is extremely challenging, and appropriate housing can be non-existent. With the signing of the Willowbrook Consent Decree in 1974 and the passage of the “New York State Cares” legislation in the late 1990s, the State made a promise to develop and provide out-of-home residential opportunities for the I/DD population. Over the last decade, this promise has been all but reneged upon by the State, as clearly illustrated in their lack of commitment to funding the development of new residential opportunities, placing the burden on aging families who are being told to keep their adult sons and daughters with I/DD home for as long as possible (meaning until they pass away) and leaving thousands of individuals and families without viable options.

Currently, the Office for People with Developmental Disabilities’ (OPWDD) Residential Request List (RRL) allegedly has 11,000 individuals waiting for placement. OPWDD has acknowledged that they are unable to provide these individuals with housing, and only those in emergency situations (as defined by OPWDD) are offered placement. More importantly, in addition to the RRL, there is a Certified Residential Opportunities (CRO) List, which until recently has been kept secret by the State. State officials have actually acknowledged that the CRO list is the only one from which they are drawing names for residential placements, keeping the process unclear and confusing advocates, families, and providers.

In addition to the lack of clarity from the State, statistics surrounding the individuals on the list are alarming. Among the thousands of people on the waitlist: 46% live with caregivers over the age of 60; 53% have only one caregiver at home, and 48% need help with almost all of their daily living activities.  As caregivers and family members age and face their own health conditions, the wait for their loved ones to secure housing remains uncertain and out of reach.

Providers of residential services also face intense regulations and oversight that limit the flexibility to support people in a range of alternatives. People with I/DD are living longer, thanks to advances in medical care, and as they age need more flexible options to maintain residence in the residential options that do not exist. Regulations such as the three-minute exit requirement for fire drills cause unnecessary expense for providers and lead to institutionalization and nursing home placement for the elderly with I/DD rather than allowing them to age in the current homes.

Hand in hand with the need for residential opportunities is the ability of organizations like AHRC NYC to recruit and retain quality direct support professionals (DSPs). Without reliable and committed staff, residences cannot operate safely at maximum efficiency and capacity.  In 2017, the statewide vacancy rate for DSPs was 14.4%, a 30% increase from 2016 and an 80% increase since 2014. Turnover rates are also problematic, with nearly one in every three DSP leaving the job in less than a year thus requiring expensive recruitment and training efforts by providers.

There are approximately 100,000 DSPs statewide, who are working tirelessly to ensure that individuals with I/DD are given the opportunity to live meaningful and fulfilling lives. Their jobs and responsibilities are not those of minimum wage jobs. They are responsible for the daily wellbeing of vulnerable people. DSPs are the backbone of the I/DD field. DSPs’ commitment to their work, and the peace of mind they provide individuals with I/DD and their families in New York State, dictate that they are paid a living wage.

The Arc of New York advocates at the state and federal level for public policy that supports people with intellectual and developmental disabilities and their families. As part of the #bFair2DirectCare Coalition, The Arc New York has prioritized advocacy to secure adequate funding to address the ongoing workforce crisis that threatens the quality and sustainability of care and support for New Yorkers with I/DD. For more on this issue, read our 2019 Budget Testimony.

We also advocate on various issues including increasing salaries for direct support professionals, protecting Medicaid, and increasing residential development. The Advocacy Priorities page provides an overview of our current legislative advocacy platform, details on the key issues, and the policy changes we are advocating for.

The Arc of New York’s Position Statements expresses our foundational beliefs regarding the rights of individuals with intellectual and developmental disabilities to a rich, full and equitable life, and our positions on the policies and approaches necessary to achieve that goal.

For nearly 70 years, The Arc has been at the forefront of the fight for the civil rights and inclusion of people with intellectual and developmental disabilities (I/DD) and their families, playing a lead role in major victories in civil rights, community living, education, income security, and other important issues.

We have fought to close institutions and make life in the community possible, we have opened the school doors for students with disabilities to be included in the classroom alongside peers without disabilities, and we have advocated for affordable health care access. We are at the table for every major public policy fight and advancement impacting the lives of people with disabilities. We still have work to do – but we know we can succeed with strong federal policy advocates working hand in hand with grassroots activists like you. 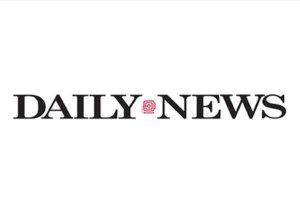 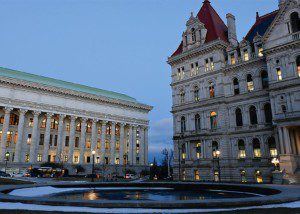