“Care not cuts—that’s why we’re today,” said Marco Damiani, CEO of AHRC New York City. “You are all part of a social revolution that has put people with I/DD at the center of society and the people that help them get there are DSPs. We need to be sure that value that communities have by having DSPs working with people with I/DD  continues.” 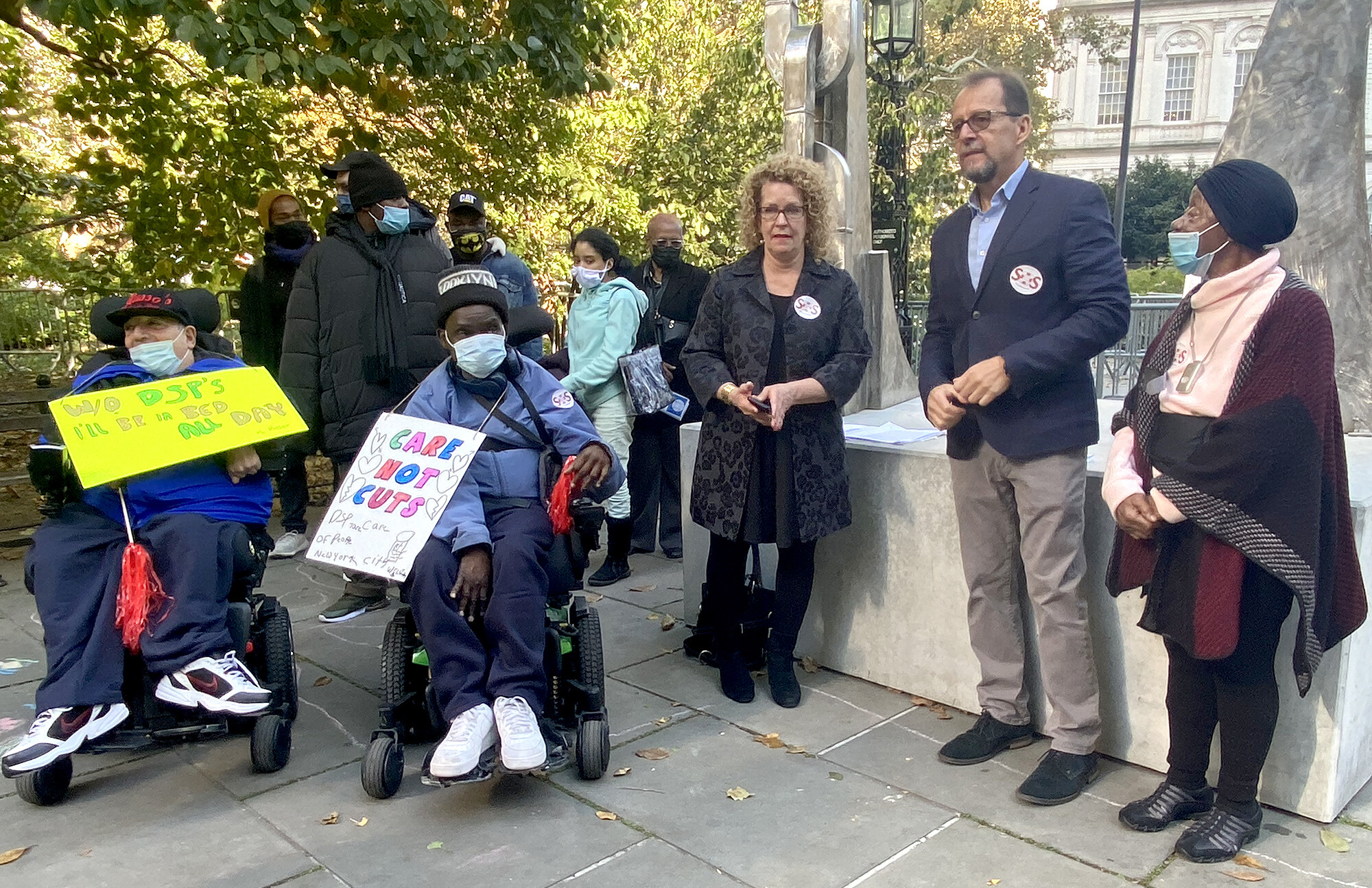 Winifred Schiff, Marco Damiani, and Willie Mae Goodman were the first speakers at the rally.

More than a decade of systematic disinvestment in the I/DD field has created an untenable staffing crisis across the state. The statistics are clear and concerning, according to New York Disability Advocates—40% of I/DD agencies in New York State have reported not reopening programs due to staffing shortages; 25% of DSP positions remain unfilled statewide, an increase of 75% since the start of the pandemic; and a shocking 93% of agencies report a decrease in job applications.

The results have been DSPs leaving the field for higher-paying opportunities elsewhere, increased workloads for the DSPs who choose to remain, and increased stress for the people they support and the families who rely on direct care workers for their loved ones’ well-being.

“When you have a son like mine, Daniel, with multiple disabilities, your allies in getting through it intact with less despair, less depression, less divorce, less family dysfunction, are DSPs,” said Meri Krasner, a parent, longtime advocate, and a Board Member at AHRC NYC. Meri said that the people Daniel is closest with are the DSPs who care for him at his day hab program and for respite services at home.

“Dan pays attention to the DSPs and wants them to pay attention to him. When they leave, he is confused and withdrawn,” Meri explained. “He still asks me to show him pictures of Amanda, his community hab worker who left for a better paying job. He wants me to call her. What do I tell him?”

“I Build and Shape Lives” 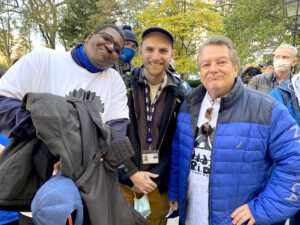 Asante Breland, a Brooklyn-based self-advocate, spoke directly from the heart about what lawmakers need to do. “I’m here to make sure they don’t cut all our services,” he said. “We’ve got to make sure we are heard. We DO matter, and by them cutting our services, that’s a reflection of them telling us that we don’t matter.”

Asante echoed Meri and Daniel’s feelings about how DSPs become ingrained in the fabric of people’s lives. “A lot of people in housing programs do not have families of their own,” he explained. “Some of them depend on the direct support staff to take care of them and they are like family to them as well!”

Asante was accompanied by Maximilian Cappelli-King, a Job Coach who left his first career as a world-class dancer in search of something more personally meaningful to him. He believes that with proper investments, the I/DD field can attract a diverse group of professionals committed to supporting people with disabilities.

“I thought my life was going to go in a totally different direction,” Maximilian said. “I feel like I’m part of the next wave of DSPs that are coming in and hopefully we can help inspire some people who maybe didn’t think that would ever be a field that would get themselves into it. I’ve performed at Lincoln Center, I’ve performed at lots of wonderful venues all over the world, and I think it’s wonderful to do that kind of work, but this is better.”

Jason Smith, a Community Support Professional at AHRC NYC’s Norfolk Day Services on the Lower East Side, distilled his job description into beautiful terms as pleaded for proper recognition through increased wages. 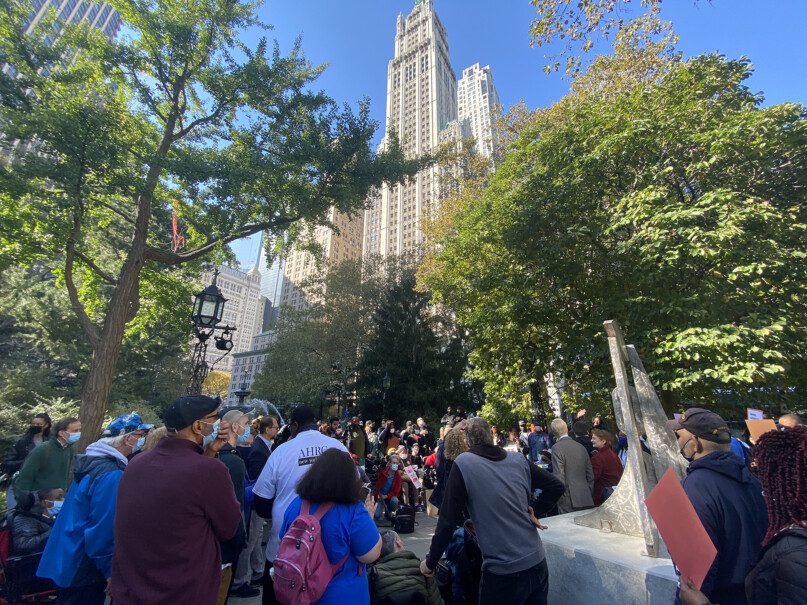 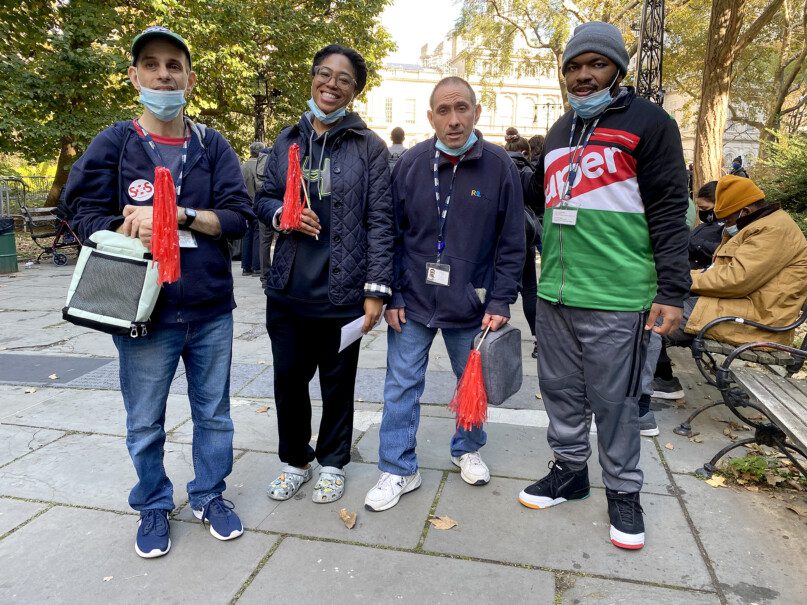