AHRC New York City’s 72nd Annual Meeting showcased the resiliency of people supported and staff members after an immensely challenging year. The virtual event brought together more than 200 members of the AHRC NYC family as they welcomed in a new President of the Board of Directors and celebrated the widespread accomplishments of eight special people.

Marco Damiani, CEO of AHRC NYC, focused his remarks on the perseverance of AHRC NYC’s services thanks to the unwavering professionalism of the agency’s employees. “We must be recognizing our workforce as our most valued asset,” Marco said.

Marco said that virtual services allowed people with I/DD to maintain important connections with the staff members who support them. AHRC NYC’s data collection methods were replicated throughout the state by like-minded organizations. The agency made sure to increase communication through frequent meetings with leadership and emails to staff members and the general public, as well as speaking directly with state and local officials to advocate for I/DD services. AHRC NYC’s growth continued despite the pandemic with the opening of the new Family and Services Clinic on the 10th Floor at AHRC NYC Headquarters and our newest school, James P. Murphy Staten Island Prep. Additionally, Marco reaffirmed AHRC NYC’s commitment to diversity, equity, and inclusion, highlighted by the recent symposium bringing together national health leaders to discuss the political determinants of health.

“We’re a really good organization, but we are not perfect,” Marco said. “We need to be open-minded, be able to look within, be able to look outside to see what can be better, and communicate to make change where need to.”

A New Era for the Board of Directors

Prior to Marco’s message, Sharyn Van Reepinghen reflected on her four years of stewardship of the Board of Directors. “I’ve been blessed to be supported by responsive staff at every level of this organization that has been willing to assist me at every turn,” Sharyn said. She expressed reserved optimism about the near term of I/DD services, urging for continued activism. “Things look better for the moment, but I feel the future of our services is at the mercy of politicians whose whims change at the blowing of the wind.”

Incoming Board President Raymond Ferrigno spoke on behalf of Sharyn’s colleagues on the Board as he thanked her for her leadership and guidance. “During a time of shrinking resources, and a global pandemic Sharyn has been a steadfast leader bringing compassion, vision, and a spirit of collaboration to her tenure,” Raymond said. “Sharyn has been an extraordinary mentor and role model for each of us.”

Jumaane Williams, the New York City Public Advocate, joined the meeting to install new Board Members, commending the work that AHRC NYC does.

Eight incredible people receiving services from AHRC New York City were recognized for their personal accomplishments and growth over the past year. They were Brian Bershad, Carolina Gaston Rodriguez, Christopher Siani, Dennis Ferguson Thompson, Edgar Gomez, Elisa Huberman, Helen Samuels, and John Raccuglia. Watch this video to learn more about each of their stories:

AHRC NYC is also thrilled to once again celebrate Pride every day and especially during Pride Month in June. Check out this video featuring members of the AHRC NYC expressing what Pride means to them! 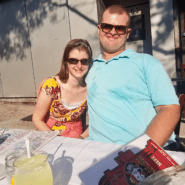 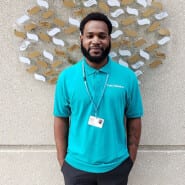 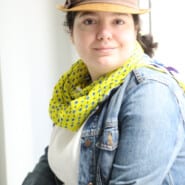 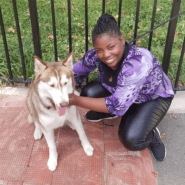 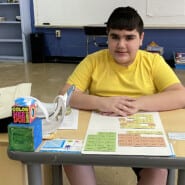 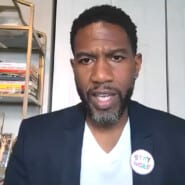