One bill empowers adults with disabilities, as opposed to guardians, to take an active role in making choices about their lives. The new law, sponsored by Sen. Mannion, will formalize the legal process by which an individual with an intellectual and developmental disability and trusted persons in his/her life can reach a written agreement (a “Supported Decision-Making Agreement”) that describes the settings in which the individual desires support, the kinds of support wanted from each trusted person, and how the person wishes to receive that support. 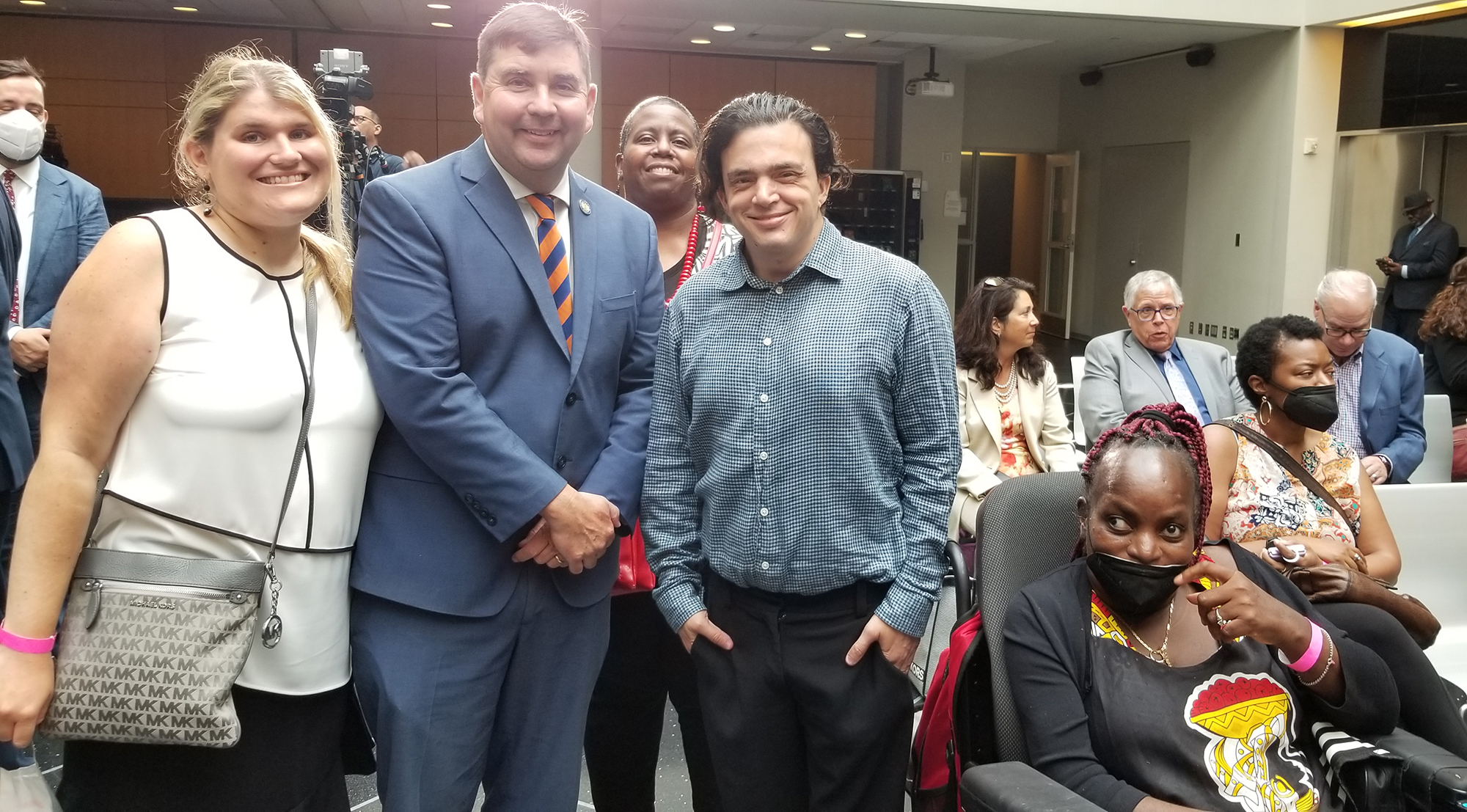 Governor Hochul explained “Before we signed this, people living with disabilities, when they turned 18, the only formal process has been through guardianship and that’s it. And that was decided through a court system, again taking away the right for someone to have control over their own lives. But people want autonomy in their lives. They want to make decisions. And now they’ll be able to be the decision maker. And it allows them to have a roadmap to make decisions about their own lives.” 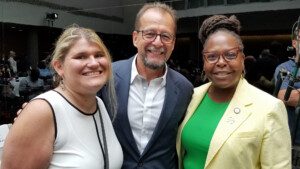 News of the bill’s signing was positively received. “This is an amazing opportunity for people with disabilities to make their own decisions and feel that confidence and independence in the real world,” said Danielle Levine, a self-advocate from Brooklyn, who attended the event.

The legislative package also seeks to educate the public about the ways people with intellectual and developmental disabilities contribute to their communities. A campaign aiming to reduce harmful stigma and stereotyping will be created and outdated language will be replaced in parts of New York State law.

“I always hated the ‘r-word,’” said Danielle, an office assistant with AHRC NYC’s Employment Business Services. “Forget the stereotypes and all those labels. We’re just regular people living in society.” 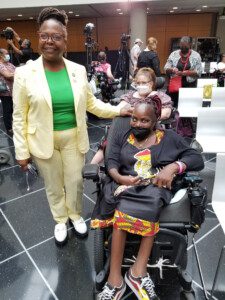 AHRC NYC stakeholders were heartened to hear the governor reflect on the closing of Willowbrook, the 50th anniversary of which is coming on September 17th. Governor Hochul recalled that her family fostered formerly institutionalized individuals when New York State sought home placement for people with disabilities needing a home during their transition.

“As someone who daily drives past the grounds where the Willowbrook State School once stood, I was quite moved by Governor Hochul’s acknowledgment of the tragedies and inhumane treatment inflicted on those who were sent to reside there,” said Raymond Ferrigno, President of the AHRC NYC Board of Directors. “It was both refreshing and inspiring to hear a political leader share such a poignant personal experience and the commitment to social justice that her parents modeled for and instilled in her.”

Laura Kennedy, an AHRC NYC Board Member and the current Treasurer for the Board of the Arc of the US, concurred with Ray, expressing optimism about the governor’s message. “She was warm and genuinely connected to everyone in the room,” Laura said. “As a mother and an advocate, we’re not where we want to be yet, but we’re back on our way. I hope Governor Hochul can get us back to 15 years ago when we weren’t struggling for funds.”

Matthew Estep, AHRC NYC’s Self-Advocacy Advisor, said the simple act of governmental acknowledgment of people with disabilities has meaning. “It was exciting to be recognized in that way,” Matt said. “My biggest takeaway was that it expressed a will to do more for the disability community. I’m thrilled there is a showing of support and a willingness to reconsider some things.”