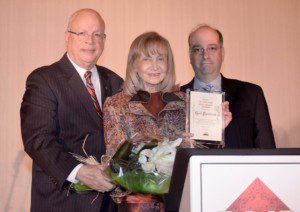 Speaking at the Event

Ray Ferrigno, of AHRC New York City’s Board of Directors

“We represent a wide range of experience and passions,” Ray Ferrigno, AHRC NYC Board of Directors’ Third Vice President and the evening’s Dinner Chairperson, said. “We are parents, we are siblings, we are loved ones proud of the milestones received by the individuals we serve and support. They are who matter to us.”

AHRC NYC’s Board President, Angelo Aponte expressed disappointment in New York State’s government for not meeting the needs of the people we serve and their families and issued a call to action. “It’s extremely important that in the fight we’re going to take on in the future, you as parents and you as our children must spend the next year or two fighting to gain back what we really deserve and what we are really entitled to,” Mr. Aponte said.

Executive Director Gary Lind echoed this statement, saying “New York State’s budget stands as that foundational expression of its commitment to its most vulnerable citizens. And this year’s budget once again has failed to adequately recognize the critical needs of families… All of us in this room have an obligation to go and do the hard work ahead and set things back on course.” 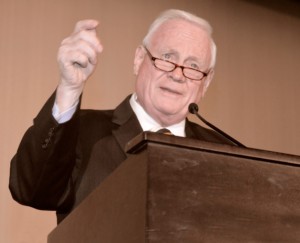 In his speech, Senator Golden pledged his support for people with developmental and intellectual disabilities and promised to bring the fight back to Albany. “We have to, as Angelo Aponte pointed out, get back to basics in this great state,” he said.

AHRC New York City thanks the event guests and honorees of the 67th Annual Dinner, as well as the dedicated staff who worked to make the evening such a success.