AHRC New York City’s 70th Annual Meeting brought together dozens of people from all parts of our organization to celebrate the past year of accomplishments, recognize hard-working staff members and exceptional people in AHRC NYC programs, and swear in new members of the AHRC NYC Board of Directors. The event was held on June 3, 2019, at the Bianco Room at Pace University, a longtime community partner of AHRC NYC, and it was hosted by AHRC NYC Board Members, James P. Cusick, Esq., and Simran Kaur Sachdev.

“At AHRC New York City, there are still people who every day accomplish miracles,” said Sharyn Van Reepinghen, President of the Board of Directors. “We are here to recognize and honor them.”

A Year of Highlights

“We are part of a 70-year movement to give people the lives they choose and realize their own potential,” said AHRC NYC Chief Executive Officer, Marco Damiani. “Incredible things are happening every day at AHRC NYC and we want to celebrate that tonight.”

Marco went over a number of critical accomplishments AHRC NYC has seen over the past year:

Seven people receiving services were recognized for their unflinching drive towards achieving a fulfilling life with the support of AHRC NYC programs. 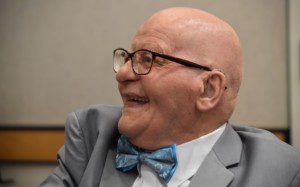 Vito Libutti has lived at Greenberg residence in the Bronx for 40 years and was honored for his ebullient spirit. “Vito is well known in the community.  He made friends with the neighbors long ago by helping people with their yards and cleaning up,” Simran Sachdev said. “As other people have moved out of the house, and Vito was offered that choice, he was very clear that Greenberg was his home. He is one of the most pleasant people you will ever meet.”

Michael Sparacino is a graduate of the AHRC Middle/High School and attends the Melissa Riggio Higher Education Program. He was recognized by Camping and Recreation for his enthusiasm in undertaking a wide range of activities with the department, including hotel respite, basketball, and the Katy Isaacson Elaine Gordon Lodge. “I really wasn’t expecting the award!” Michael exclaimed. “I love going to camp. I like being outdoors and seeing all of the beautiful nature!” 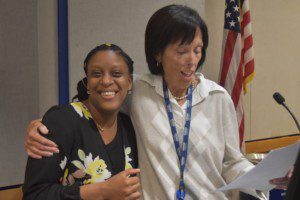 Staff members receiving awards reflected back on their decades of providing support to people with developmental disabilities and their families. 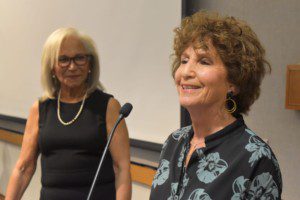 Beth Rosenthal accepted an award for her decades of stewardship as Principal of Esther Ashkenas Central Park Early Learning Center.

Beth Rosenthal, Principal at Esther Ashkenas Central Park Early Learning Center, said that while transitions are inevitable, the larger goal always remains the same. “People come and go, but the feeling of wanting to help others in the world with special needs and make their lives better, that stays constant. And that’s exactly why I’m still working for AHRC. I am very fortunate to be in a job I love and with people I love working with.” 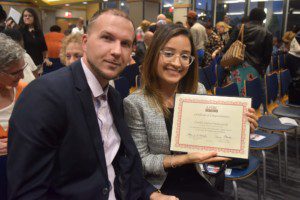 “I love working from the heart. That is what drives me to work and help everyone regardless of the language, regardless if they have a disability,” said Carolin Santos-Niedzwiecki, Social Worker, Family and Clinical Services. “I look at everyone the way they come into my office when they say ‘I need help’ and I am there for them and I make sure that everyone works as a team, whether it’s their care manager or another social worker to make sure that they get the best support that they can have.”

Michael Rose is the Director of Camp Anne. “At the end of my first summer [at camp], I thought it was just the most magical place. Twenty-five years later, things haven’t changed,” he said. “People come through the camp every year and it really is a life-changing experience for both campers and the staff. I feel privileged to be a part of it for the last 25 years.” 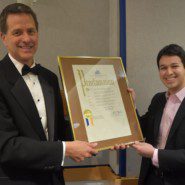 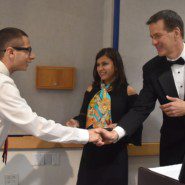 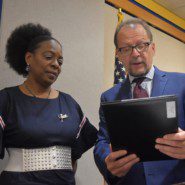 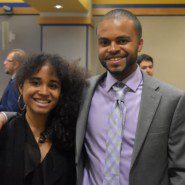