A small in-person ribbon-cutting ceremony was attended by the family of James P. Murphy, a longtime AHRC NYC Board Member; AHRC NYC executive staff and Board Members; and federal and local legislators instrumental to the successful opening.

“AHRC has been a fixture of NYC for more than 70 years,” said Marco Damiani, CEO of AHRC NYC. “I think one of the greatest things we’ve been able to do in that time is to foster a culture of equality, social justice and the rights of people with disabilities to have the same opportunities that we have and live the fullest possible lives that they could live. This school opening today is an example of that.”

Watch the video, In Honor of James P. Murphy

Coming Together for Staten Island Families

Marco acknowledged “the amazing collaboration it took to open this school.” He cited the work done by the offices of Congressman Max Rose and Borough President Jimmy Oddo as essential, thorough, and sincere in their desire to make the school a reality. 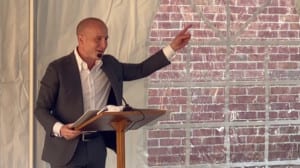 “This is an incredible honor and special moment, but it is just the beginning,” Congressman Rose said. He also thanked Assemblyman Mike Reilly for his efforts. “We are making a statement that we can still help people in this world. We put the community first. The entire AHRC team performs miracles each and every day that deserves so much more recognition.”

The Principal of James P. Murphy Prep, Christopher Uccellini, said that the neighborhood has been extraordinarily gracious to students and teachers alike. “The Tottenville community has opened their arms to us and has been wonderful to our staff. We can’t wait to stay here for years to come to serve the children of this neighborhood and this borough.”

Other attendees spoke to the legacy of James P. Murphy. For 45 years and until his passing in 2012, Mr. Murphy, called Jim by many, devoted his time, spirit and energy to AHRC New York City and The Arc New York. 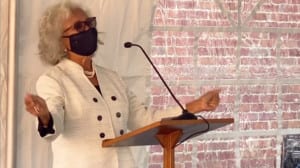 “James Murphy made a huge impression on me as he did on everyone he made contact with. He was articulate charming, and not too bad looking either,” said Sharyn Van Reepinghen, President of AHRC NYC’s Board of Directors. “He was truly a gentleman. He had a sense of humor and always found a way to draw consensus. We all miss him and we are very proud he will have his name here.”

Jim was a past President of AHRC NYC and a member of The Arc New York’s Legal Committee and its Board of Governors. In addition to his involvement with AHRC NYC, Jim was a retired Executive Vice President and Director of Public Policy of Fleet Financial Group and the Chairman of the Board of Trustees of the City University of New York. Despite all of these accomplishments, he was most proud of his six children, including his late son Michael, born in 1960 with Down syndrome. 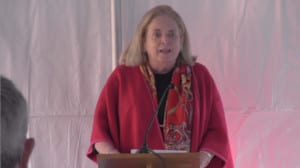 “Pursuing an education for Michael was difficult, if not impossible,” said Patricia Murphy, AHRC NYC Board Member. “Education was very important to dad. Dad and Mom encouraged all six of us to pursue education and do the best with our lives that we could do, including Michael. Dad would be deeply honored and proud and he would love to hear the kids in that school today.”

Angelo Aponte, AHRC NYC Board Member, was connected to AHRC NYC through a chance interaction with Jim at a CUNY event in the early ‘90s. The Apontes were desperate to find quality care for their significantly disabled daughter Erin and Jim connected them with then-Executive Director, Michael Goldfarb. “Jim Murphy saved my family, enabled Erin to fulfill her responsibilities, and more importantly helped her siblings fulfill their responsibilities as caring and loving parents,” Angelo said through tears. “He was one of the most extraordinary human beings that I will be grateful to his family for sharing him with us for the rest of my life.” 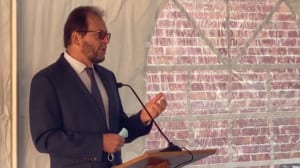 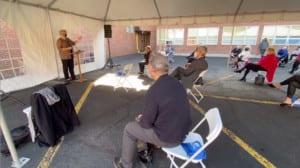 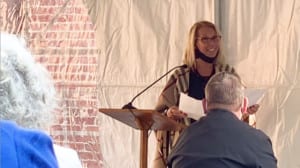 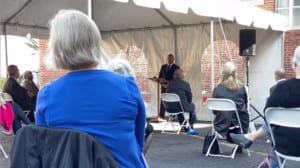 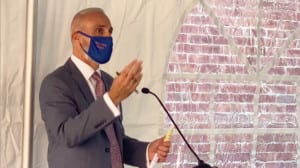 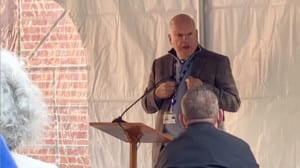 Borough President James Oddo is still reveling in the glow of collaboration and compassion in the opening of the James P. Murphy Staten Island Preparatory School.

“From the moment my friend Butch Aponte told me about the situation and Congressman Max Rose approached me about partnering to find a home so we could bring this much-needed help to our kids, this has been something we knew had to get done,” BP Oddo said.

“I am so proud of this group effort to get the first AHRC New York City Foundation school opened on Staten Island to help address the unique challenges of some of our social needs children.”

Thanks to Dave Brown at the Archdiocese and the Borough Hall team who did a great job in helping to make this happen.

“The school is starting to do wonderful things,” BP Oddo said.

Well done by all!