It is with great pride and pleasure that AHRC New York City announces that today, September 19th, 2014, we have received official accreditation from the Council on Quality and Leadership (CQL)!

We are gratified that an outside organization of distinction has recognized our commitment to providing excellent services and supports for people with developmental disabilities!

CQL is an international not-for-profit organization dedicated to the definition, promotion, measurement, and improvement of personal and communal quality of life for people with disabilities, people with mental illness, and older adults. For 40 years, CQL has been a leader in developing measures and indicators of quality in services and supports, and has partnered with public and private organizations offering consultation, training, and accreditation to agencies and systems that demonstrate quality in supporting people with disabilities.

AHRC New York City’s CQL Accreditation was the culmination of a four-day visit to AHRC by three CQL professionals. The CQL team met with self-advocates, administrative and front-line staff working in different capacities throughout the organization, board members, and other stakeholders. They visited several programs and conducted a thorough audit of who we are and what we do at AHRC. The CQL staff made it clear that they were very impressed with the work in pursuit of person-centered excellence that they found at AHRC New York City!

In receiving CQL Accreditation, AHRC New York City has demonstrated our commitment to person-centered excellence, basic assurances, personal outcome measures (POMs), and other areas that have all led up to this wonderful day in our organization‘s history.

It is not commonplace that an organization as large and complex as ours has attained this milestone. We want to take this opportunity to thank all of the AHRC staff who ensure that the people we support are not only happy and healthy, but also have input into what they do and where they do it; and, to thank AHRC staff for working hard to ensure that each person’s vision and dreams for how they want to live their lives are supported. We are an extremely diverse organization in so many ways, yet we have come together as a cohesive unit to achieve this goal. In the coming months we seek to continue our successful initiatives and as always will look for ways to strive to continuously improve our services and support. 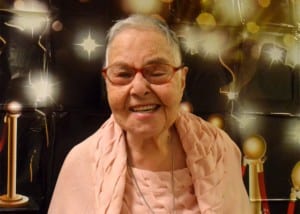 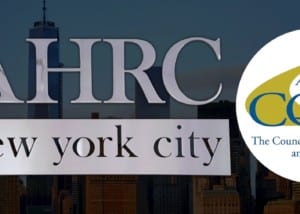