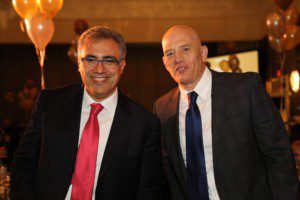 For the 68th consecutive spring, AHRC New York City’s Annual Dinner celebrated the people and achievements that marked another successful year for the organization, people receiving AHRC NYC’s services, staff members, and families. The dinner was held on Saturday, May 20, at the Grand Hyatt New York in Midtown. Anthony Lazanas, AHRC NYC Board Member, was this year’s Dinner Chair.

“This is a night when we honor the extraordinary individuals who up themselves to help others,” said the evening’s Master of Ceremonies, NY1 Queens Reporter, Ruschell Boone. “It is a night of inclusion and it is a night of fun!”

The two honorees at this year’s Annual Dinner could not have been more deserving. AHRC NYC’s Humanitarian of the Year Award went to Senator, Jeff Klein, whom AHRC NYC President, Angelo Aponte, called “one of the most significant political leaders of our time.” Senator Klein was instrumental in securing funding for ArTech at the Howie Stone Day Services, a multimedia art facility located in his district. 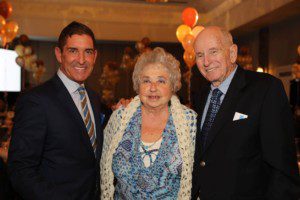 Senator Jeff Klein with I. William and Dorothy Stone

Senator Klein said that he first recognized the importance of supporting people with disabilities when he was a Bronx Community Board co-chair along with Linda Schwartz, sister of the late Howie Stone and daughter of Dorothy Stone and I. William Stone, a longtime AHRC NYC Board Member. He reinforced his commitment to the I/DD population. “I know there is a lot of uncertainty now, especially on the federal government level,” Senator Klein said, “but I will tell you that in the State of New York we’re committed to getting people with special needs the help they deserve.” 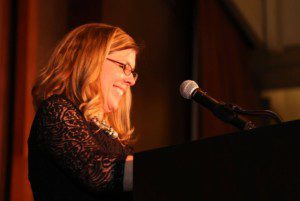 The Anne Kraus Award was given to Laura J. Kennedy, President of NYSARC, Inc. and a former AHRC NYC President and current Board Member, as well. Mrs. Kennedy, who was represented by her daughter, Lindsay Hyland, has been a tireless advocate for people with developmental disabilities for decades.

Angelo Aponte led the nearly 600 people in attendance in a standing ovation for Gary Lind, Executive Director, who was presiding over his fifth and final Annual Dinner, as he announced that he will retire at the end of the calendar year. Mr. Lind thanked everyone he has worked with over the past five years, making a special point to commend Direct Support Professionals and Kathy Broderick, Associate Executive Director, who is also retiring at the end of June.

Music was provided by Victory Entertainment. Performance was also given by the gospel singing group from AHRC NYC Fisher Day Services. 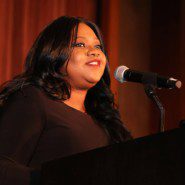 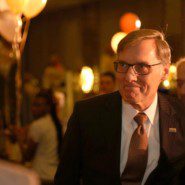 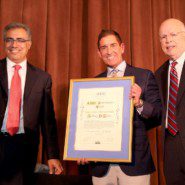 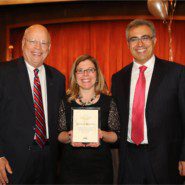 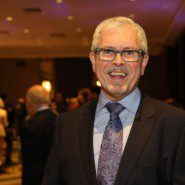 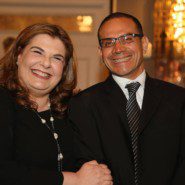 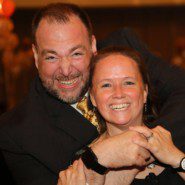 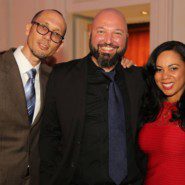 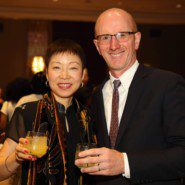 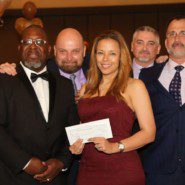