A year after its debut, ArTech at AHRC New York City’s Howie Stone Day Services has blossomed into a remarkable facility for dozens of artists. With a variety of mediums to choose from and a group of art professionals dedicated to its success, it’s not hard to see why.

“[ArTech is] something that you will not see anywhere else in AHRC NYC or any other place that serves people who have a special way of needing to express themselves. You look at the walls here and this place speaks for itself,” Harriet Golden, Director, Day Services, said.

Harriet and scores of other people involved with ArTech over the past year gathered at the facility to celebrate its anniversary on Friday, December 1st. “This art center did not just happen,” Harriet said in her remarks. “Every brilliant idea starts with a planted seed. This seed was planted by Bill and Dorothy Stone.” 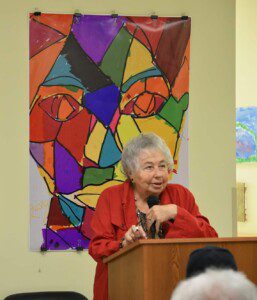 Dorothy Stone speaks to guests of the anniversary event

Mr. and Mrs. Stone have been active in AHRC NYC for decades, including decades as a Board Member for Mr. Stone. Their late son Howie Stone, an accomplished artist in his own right, is the namesake of the facility ArTech calls home.

“Dorothy would always come and say to me, ‘We need a place where people can produce and be creative who may or may not have a severe handicap,’” Harriet said. Mrs. Stone eventually contacted her State Senator, Jeff Klein, whose leadership helped to secure the necessary funding for ArTech to become a reality.

“The original idea [for this center] has far exceeded our wildest dreams,” Mrs. Stone said. “Every time I come here I’m more amazed by what’s going on and the amount of art and technology that is produced here. I know Howie would be very happy about all the artwork going on here and he’s always here in spirit.”

It Takes a Village

Harriet thanked many of the people involved in the development of ArTech from its conceptual beginnings. Charlotte Diaz, Director of the Howie Stone Day Services, was commended for providing a home for ArTech and ensuring its stability. New and adaptive technologies have made ArTech unique at AHRC NYC, so Harriet also thanked Philip Proctor, Director of Individualized Technology Strategies, and his team of Technology Deployment Specialists/Trainers, Charles Umaña, Carol Ryklin, and Glenna Sasiadek. 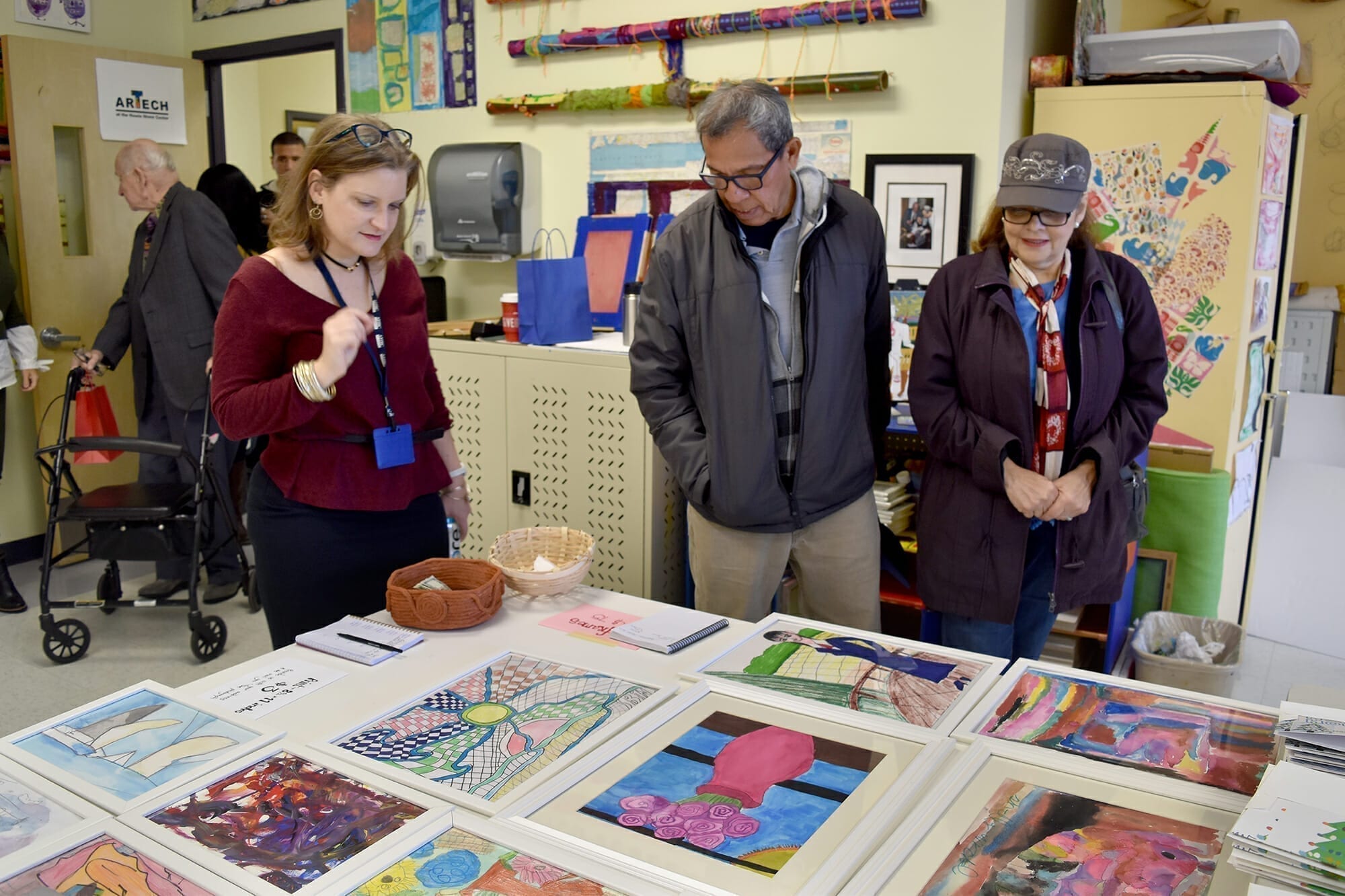 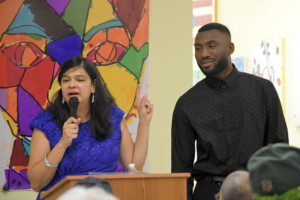 Dhanashree Dhanni Gadiyar, ArTech’s Project Coordinator, recognized a number of Art Consultants who have worked closely with artists of all abilities over the past year: Innocent Obi, Ben Granoff, Maeve D’Arcy and OluSeyi Adebanjo. She also mentioned many community artists and organizations who partnered with ArTech, including Westchester Square Art Center, Kelly Street Garden, William’s Café, and Evan Bishop and Katori Walker from 320 Body Art. Finally, she called out many of the artists whose work has formed the foundation of success that ArTech is built on.

“We are very grateful for all the support and love we received over the past year,” Dhanni said. “Everybody comes with their own unique technique and unique styles. I learn from each of them every day.”