Twenty-one students graduated from AHRC New York City’s Melissa Riggio Higher Education Program in 2019. At four schools in the CUNY system—Kingsborough Community College (KCC), Borough of Manhattan Community College (BMCC), Hostos Community College, and the College of Staten Island (CSI)—these students were able to take challenging college courses, bond with peers with and without disabilities, become a part of their campus communities, and learn directly from mentors at their schools. 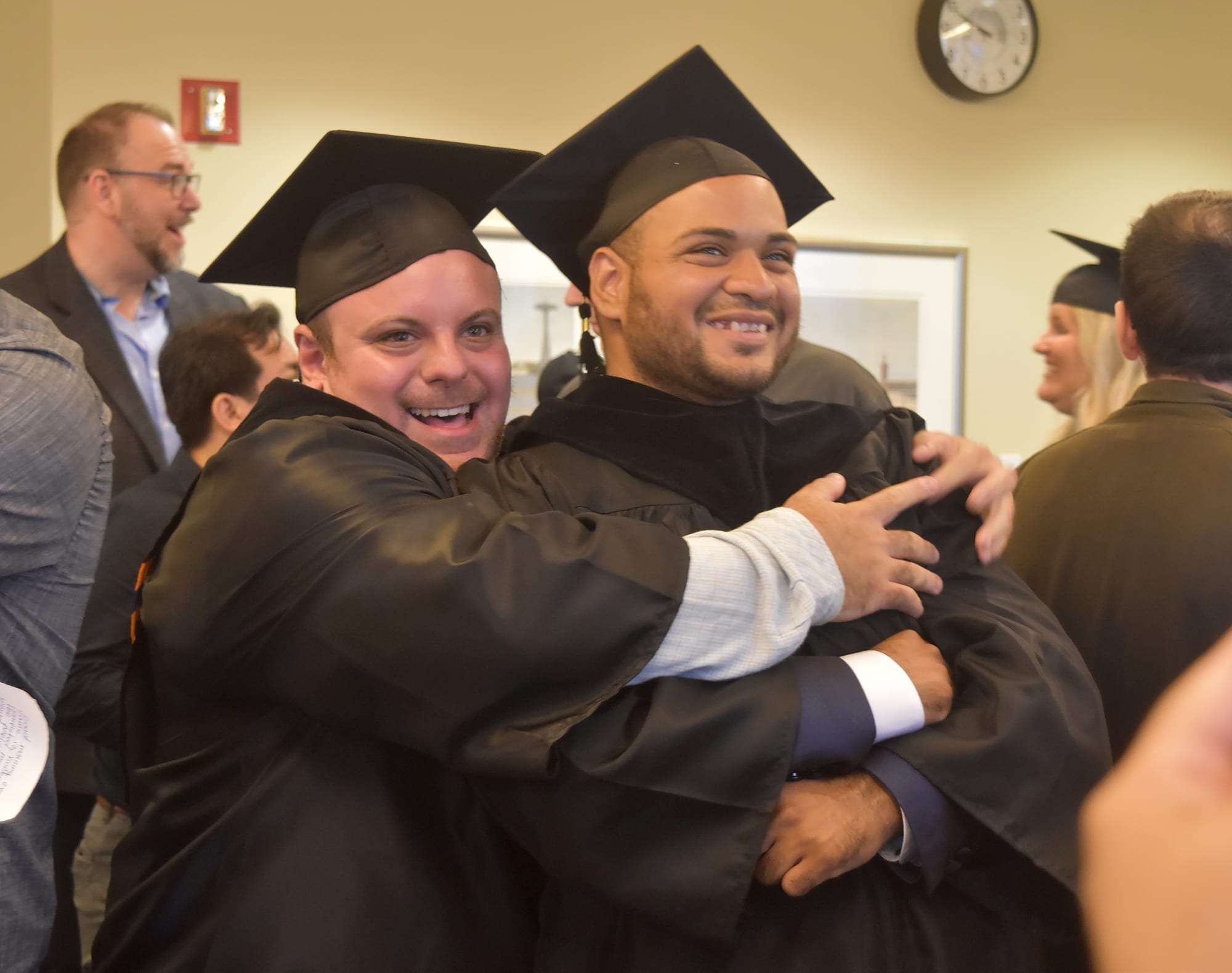 The largest graduating class in the program’s history is filled with poets, public speakers, young professionals, authors, artists, and more, all excited to take the next step as they continue to build full lives with the support of their family, friends, and AHRC NYC.

Emotions ran high at each graduation ceremony as students thanked their peers and mentors, presented their final projects, and prepared to walk across the stage and receive their certificates. 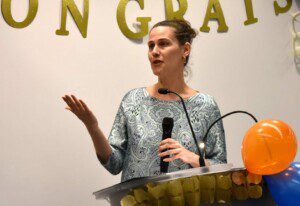 Nikki Spicer, Director for the Riggio Programs at BMCC and Hostos, speaks to the graduating class

“I tried to write a speech, capturing how much you have meant to the school and your friends and to me, but I am speechless,” said Nikki Spicer, Director for the Riggio Programs at BMCC and Hostos. “We didn’t know what we were getting into when this program started, but then we met this extraordinary graduating class. You have touched me and the Hostos campus and I truly can’t be more proud of you guys.”

Hostos graduate Christina Charles was passionate, reflecting on her journey to this moment. “Have you ever been told you can’t learn more than a kindergarten student? Have you ever been told that you need help with everything in life? I have,” Christina said. “I proved them wrong with the help of my family, my friends, and the staff. Now I’m a college graduate.”

Kelly Carbonaro’s son, Michael, graduated from CSI. “It’s an emotional rollercoaster,” Kelly said. “The program exceeded my expectations for Michael. The way that it’s growing is amazing. I’m proud of Michael and I’m proud of the program.”

Making People Believe in You

Students spent their final sessions creating a semester-long project centered on a theme of their choosing, often with multimedia components. For example, CSI graduate Jade Granito wrote and illustrated an original children’s book, “The Wheelchair Puppy.”

“This is about a puppy who has paralyzed hind legs since he was born. One of the mentors suggested I write this story,” Jade explained. “He wanted to be in a race. He was about to give up but saw a commercial for ‘build your own wheelchair.’ It’s about somebody with a disability showing that people with disabilities feel strong about doing what other people to do.”

Anthony Huiett, a graduate from KCC, presented a video of him working closely with elementary school students in Brooklyn, a step towards his “dream about working with kids and making their lives better” a reality. “I have been volunteering at Friends of Crown Heights. When I worked with these kids I asked myself ‘What can I give a child?’” Anthony said. “I told myself you can be anything you want to be if you set your mind to it. You can make these kids believe in you.” 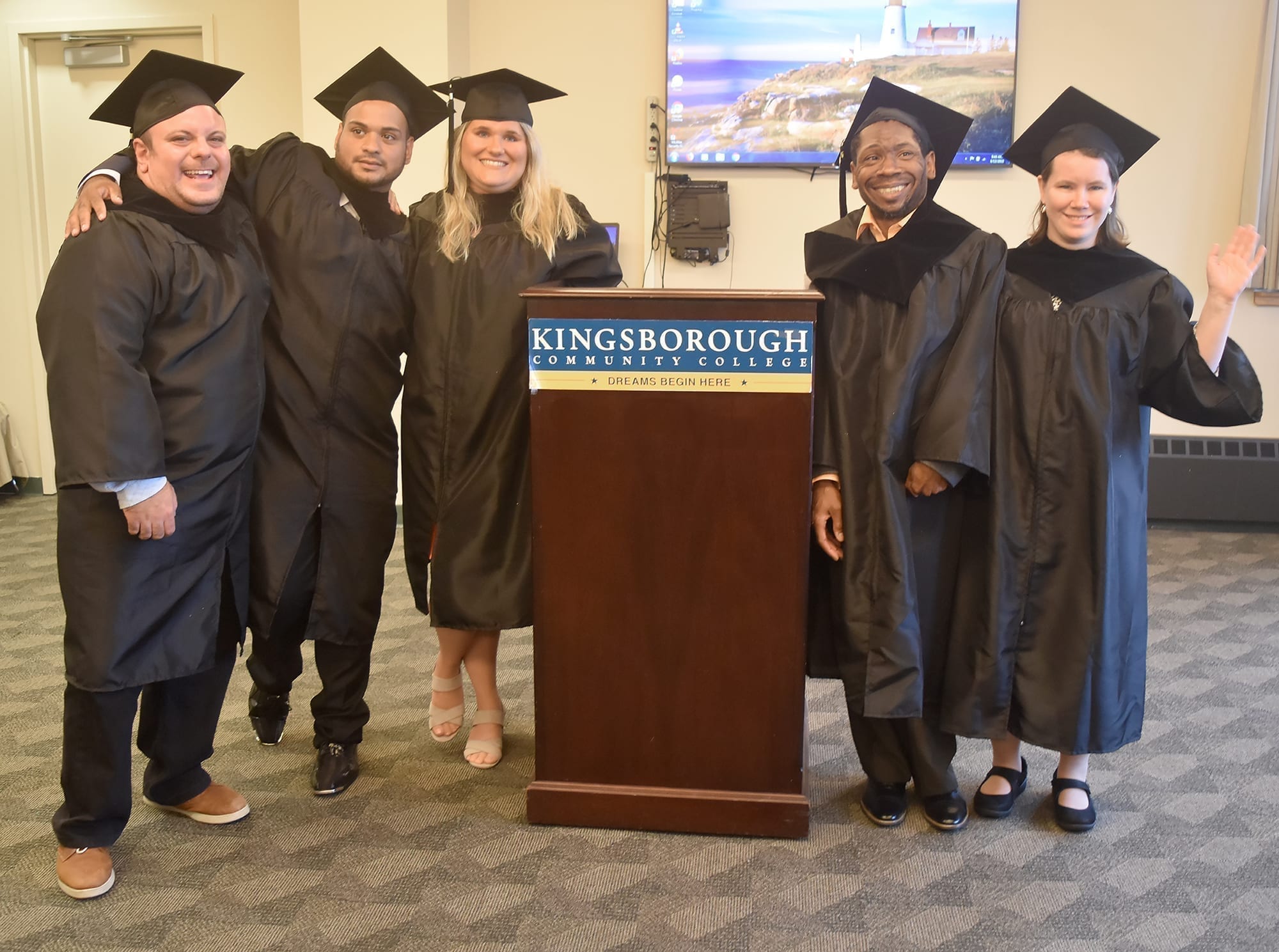 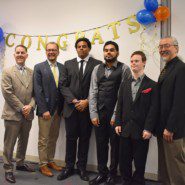 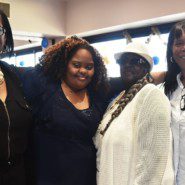 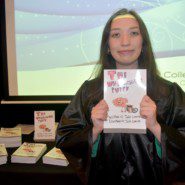 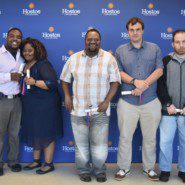 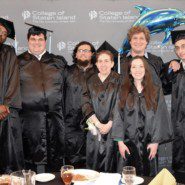 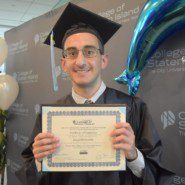 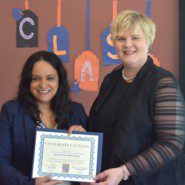