College of Staten Island Breaks Ground on The Willowbrook Mile

“You can’t treat humans like dogs in a kennel.
There is no place where you can mass produce care, compassion, and concern for people.
It is impossible. It is fundamentally unsound.
The assembly line works for cars – it does not work for people.
People need humanity.”

– Geraldo Rivera, from the 1997 documentary Unforgotten: 25 Years After Willowbrook

On Wednesday, September 14, 2016, guests of various offices of OPWDD, (the Staten Island Developmental Disabilities Services Offices, Institute for Basic Research in Developmental Disabilities), community members, including representatives from AHRC New York City and other service providing agencies, (Lifestyles for the Disabled the Elizabeth Connelly Resource Center,) joined together to celebrate the groundbreaking of the Willowbrook Mile, in a ceremony held on the campus of the College of Staten Island, (CSI).  The event was the result of a common purpose, with a long history.

About the Willowbrook School

Located in Staten Island, NY, the Willowbrook State School was a state-supported institution for children with intellectual disabilities and was in operation from 1947 to 1987.  The American population at large first began to understand the deplorable conditions that could be found within the school in 1965 when Senator Robert Kennedy toured the facility and compared it to a “snake pit” where children lived in filth. 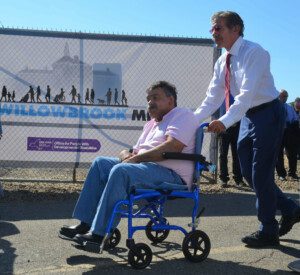 In January 1972, Geraldo Rivera, who was then a local reporter for WABC-TV News, scaled the fence of the Willowbrook State School, equipped with a film camera and a key to one of the buildings that housed people with disabilities, provided to him by Dr. Michael Wilkins, who had previously worked in the facility but had been fired after he attempted to speak out about the need to improve the conditions of the facility.  The resulting television report, Willowbrook: The Last Disgrace, further exposed the appalling living situation presented within Willowbrook, where disease transmissions were commonplace, (primarily hepatitis A,) and overcrowding had led to outright neglect of the school’s occupants.  Film footage captured during Mr. Rivera’s visit revealed that many of the children were not being properly cared for, in some cases they were not clothed and were unattended, left alone in dark, unsanitary conditions. The report also exposed similar conditions at a facility located just north of New York City called, Letchworth Village Rehabilitation Center.

It took over a decade to place the Willowbrook residents into new living environments.  The last residents left the school on September 17, 1987. A portion of the land was acquired by the City of New York in 1989, providing a foundation for the establishment of the College of Staten Island, which was built on the grounds of the former State School, opening its doors in 1993.

The Legacy of Willowbrook at the College of Staten Island

Today, the College of Staten Island serves the largest number of students among the CUNY campuses. The student population includes over 300 students with disabilities and 70 with autism. CSI’s Social Science programs emphasize disabilities studies, and the college has a newly-accredited Social Work program that includes a Masters of Social Work with a focus on care for people with disabilities. 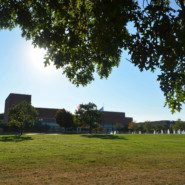 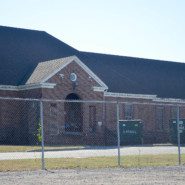 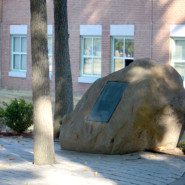 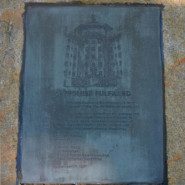 CSI has a rich connection to the legacy of the Willowbrook School, including its partnership with AHRC New York City’s Melissa Riggio Higher Education program, which engages young adults with disabilities in individualized academic, vocational, community, and social experiences, preparing them to be competitively employed and to obtain higher earnings. CSI also hosts a lecture series, (funded by Geraldo Rivera,) designed to bring together people from across the nation to examine and shape policy with respect to the care of people with disabilities. 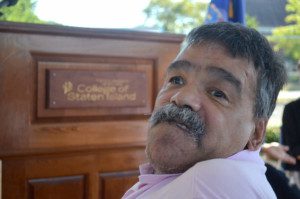 Bernard Carabello, former resident of the Willowbrook State School, and current advocate for people with disabilities.

Misdiagnosed during his early childhood, Bernard Carabello, (who has Cerebral Palsy), lived at Willowbrook from the age of 3 through his 21st birthday, when he was finally allowed to leave the school of his own volition.  Bernard was interviewed by Geraldo Rivera as part of the expose, and the two struck up a friendship that remains to this day.  After he was released from Willowbrook, Bernard was appointed to a consumer advisory board to monitor conditions at other institutions for people with disabilities.  He has continued to advocate for the rights of people with disabilities and is the Founder of the Self-Advocacy Association of New York State, which provides opportunities for people with developmental disabilities to meet and discuss their concerns with one another, and learn about their rights and opportunities.

Once completed, the Willowbrook Mile will be a fitness and walking trail that connects the CSI properties.  Visitors who walk the mile will encounter ten ‘reflection stations’, each station providing historical context of the location, using QR codes that launch audio and video components onto mobile devices after they are scanned. The mile is dedicated to all the lives that were affected by the school; those who lived there, their families, and those who made the tireless and challenging journey to finally close it.

Bernard Carabello and Geraldo Rivera arrived together, shortly before the groundbreaking ceremony for The Willowbrook Mile began. Several speakers were present at the event, each of whom was instrumental in making the Willowbrook Mile a reality. 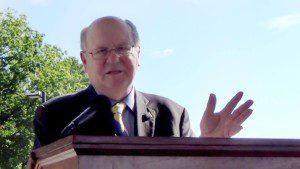 “On our grounds was the beginning of what I consider to be some of the most important civil rights legislation in the history of the nation, if not the world,” said William J. Fritz, President of the College of Staten Island, “ …It is our solemn duty as custodians of history to see that this legislation is continued and enhanced and that the conditions of Willowbrook will never again reappear in our nation.”

New York State Assembly Member (63rd District,) Michael Cusick was instrumental in providing funding for the project, and has worked diligently in the Assembly and in numerous civic organizations to champion community inclusion for Staten Island Residents with disabilities. 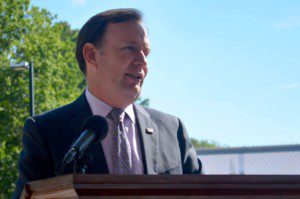 “This [event] is a long-time coming,” he said. “I want to thank the Willowbrook Mile Committee… and I know there are many others who have been championing this great project for more than a decade. I want to thank all of the people involved because this will not only educate the students who attend the college, [also] the folks who come by here can learn the history as they get fit.”

“I have a personal connection to this property. I worked here,” said Diane Buglioli, Co-chairperson of the Staten Island Developmental Disabilities Council’s Willowbrook Properties Committee, and is the Deputy Executive Director and co-founder of A Very Special Place.  Her 40-year career in the field of disabilities services began at the Willowbrook State School where she worked for 11 years. In 1969, at the age of 19, Diane began working at the school. 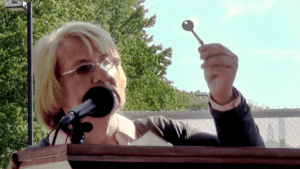 “Excited for my first day in my new job, I walked wide-eyed and eager to my assigned building. I was handed this steel key,” Diane said, holding up the key that she had used to enter the school. “It was the heaviest door I have ever opened in my life… As I walked the hallway, every door was locked, and I began to wonder, ‘What have I gotten myself into? Who is it that requires to be secured behind so many locked steel doors?’ I took a deep breath, opened the final door, and found… 40 toddlers. Some [were] smiling.  Some were asking my name. Others were just looking at me… Some were lying in wooden carts, and some were sitting on the floor, but they all shared one undeniable truth: they were children.  To this day, I can still feel the twinge in my stomach, [as I thought,] ‘Why are the kids locked behind these doors?’”

During the mid-1980s, Dr. David Goode, Professor of Sociology at CSI, coordinated Federal efforts to develop disability policies based on the quality of life. Dr. Goode has also written a history of the Willowbrook State School. Since 1993, he has coordinated the annual Willowbrook memorial lecture series and helped to establish the Willowbrook Collection at the CSI Archives. 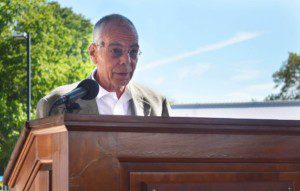 “The Willowbrook Mile cooperation between CSI and the disability community on Staten Island is a historic step in the right direction,” said Dr. Goode, “but the fight against the forces that created places like Willowbrook continues, and perhaps will always continue. Courts and communities are and will continue to struggle against them.  Certainly, one of the most important lessons learned from the history of the Willowbrook State School is that citizens must be ever-vigilant in protecting the rights of the most vulnerable among us, for they are the harbingers of us all.”

“I can hardly talk about it all these years later because it weighs upon my heart so deeply,” said Geraldo Rivera, as he stepped up to the podium. “It was a nightmarish place… To think of [the] thousands and thousands of people… they were warehousing. They were keeping them out of sight. They were turning their backs on the most vulnerable population. Rather than caring for them, what they were really doing was freeing the families… from the burden of having to deal with a person with developmental disabilities. It was dehumanizing. It was horrifying: the smells and the crowding, and the absolutely overwhelmed attendants.” 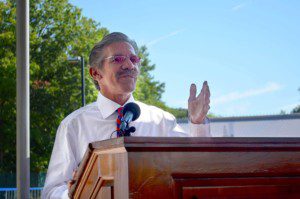 Gesturing toward the CSI campus, Mr. Rivera said, “Look around. Here, in the student body, here, in working the media, here doing all kinds of jobs are the population that in those days barely emerged from the shadows.” As Mr. Rivera spoke about his first meeting with Bernard Carabello, Bernard interjected, pointing to a small disheveled building standing only a few meters away, where their relationship began.

“I promise you that for as long as I am breathing, I will stay associated with the College of Staten Island.” Said Mr. Rivera. “I applaud everything that they have done to remember the roots of this place.”

The ceremony culminated in a ribbon-cutting stated to symbolize the use of education to support diversity and the inclusion of people with developmental disabilities.

One Mile, Among Many Miles

Many years have passed since the deplorable living conditions found within Willowbrook were placed into the national consciousness, leading to the Willowbrook Consent Decree. After the ribbon-cutting, a group of news reporters with disabilities, (from Life-Wire News Service, an initiative of Lifestyles for the Disabled,) turned the tables and interviewed Mr. Rivera and other event speakers for their own publications.  These interviews represent a significant milestone, as today, people with disabilities continue to speak out and use their voices to tell their own stories. 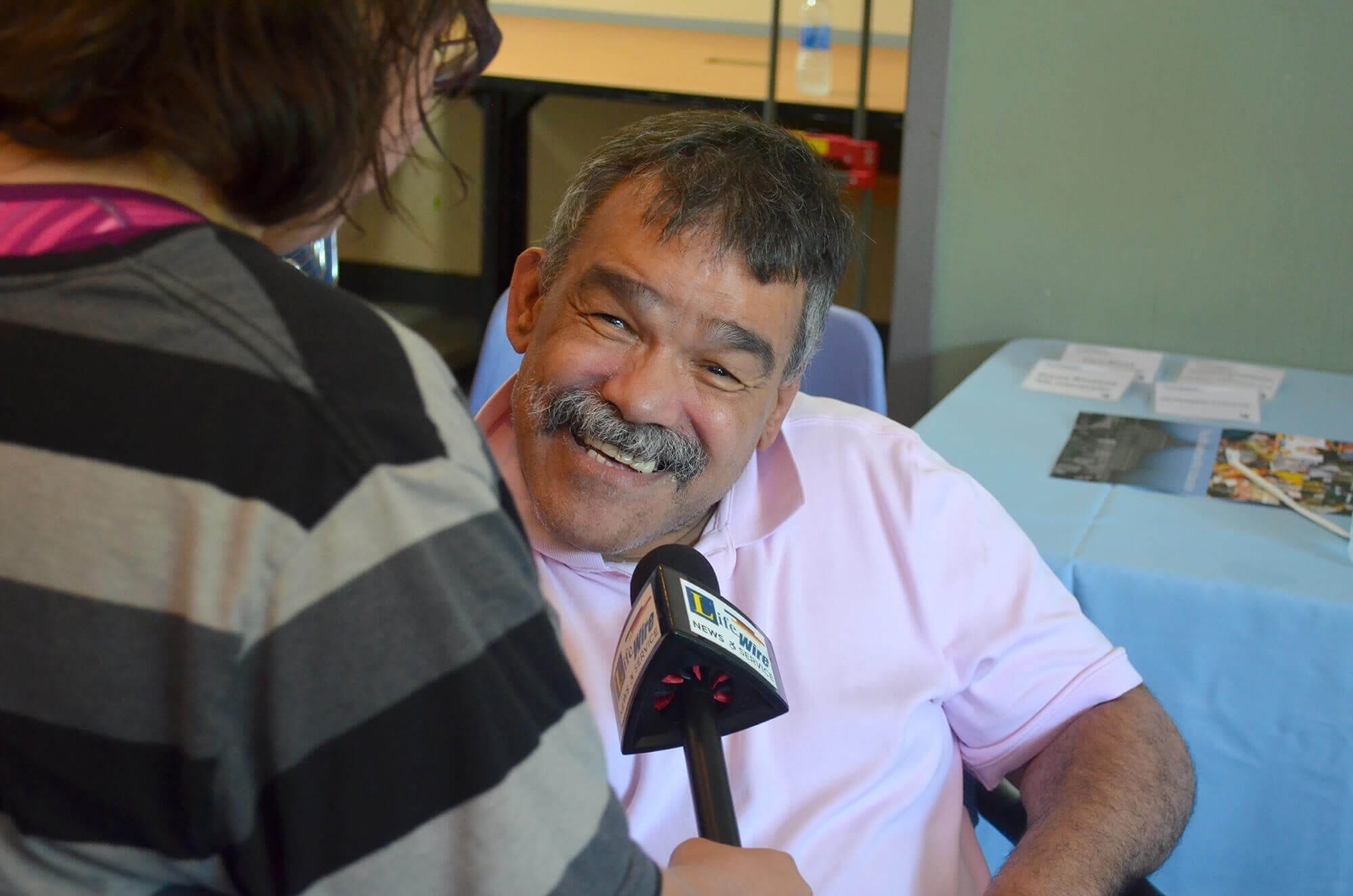 As mentioned by each of the speakers, the struggle continues.  Although many strides have been made for inclusion, today, people with intellectual and other developmental disabilities and their families continue to face obstacles.  From securing jobs providing competitive wages to finding permanent community residences, self-advocates and their families must continue to fight and walk new miles toward full community inclusion.