There’s something about AHRC New York City’s two upstate camps—Camp Anne and the Katy Isaacson Elaine Gordon Lodge—that keeps campers, guests, and staff members alike coming back year after year. The 2022 season at our camps featured the return of many counselors who made their returns to America after early three full years away because of COVID-19 pandemic travel restrictions, demonstrating the international, cross-generational bonds that form these special relationships.

Shaun Bevan, a Liverpool native, clearly remembers the first person he was introduced to at the Lodge in 2018. “It was Ernesto Ramirez,” Shaun recalled. “He was the first person I ever really met with disabilities.” Shaun had anticipated working at a sports-centric camp but found that his time might mean more if he took a different approach.

“I initially didn’t even know there were other options for camps,” Shaun admitted. “I felt like I could help more by working with an underprivileged population.” The guests and the work in general made such an impression on Shaun that he changed his plans for the following year. “I had plans to go another camp in 2019, but I kept thinking that I needed to see these guys again instead.”

Shaun is glad he returned in 2019, as it allowed him to meet his current partner, Courtney Tracey. “I worked in community care and supported care in England,” Courtney said. “I originally planned to work with children. I loved a one-to-one relationship I formed but didn’t love the school environment. I found that I had a passion for working with adults.” 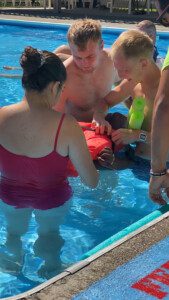 Like many of her colleagues, Courtney was immediately enamored with the Lodge. “My orientation was so much fun and I’m still close to a lot of those people. The relationship between counselors and the guests is something you can’t even explain. It’s just a magical place really. Even when your neck hurts and you haven’t slept you just want to wake up the next day and do it again.”

Those strong feelings made the separation of the past two years more difficult. “In 2020 I was so excited to come back, and a lot of people were planning that, too. We got our visas so early and it was devastating to not be able to go.”

The desire to return after years away was a common theme. “I wanted come back ever since the 2019 sessions ended,” said Tom McSharry, a British-Irishman from Liverpool who came back to the Lodge. “I missed the guests, and I knew it wouldn’t be my last time here no matter how long I have to wait.”

Tom was intrigued by the idea of getting to see the United States. AHRC NYC’s relationship with Camp America allows young people from all around the world to live and work in the U.S. while supporting people with disabilities in a wide variety of enriching endeavors.

“I love the guests. I love a lot of my colleagues. I love the beauty of the actual camp,” Tom said. He reflected that he looks forward most to the evening activities that bring the entire session together—games, music, improv performances, ice cream parties, and much more. “It’s surreal to be back here after so long, but it feels like I never left. I’ve been surprised by how many people remember me.” 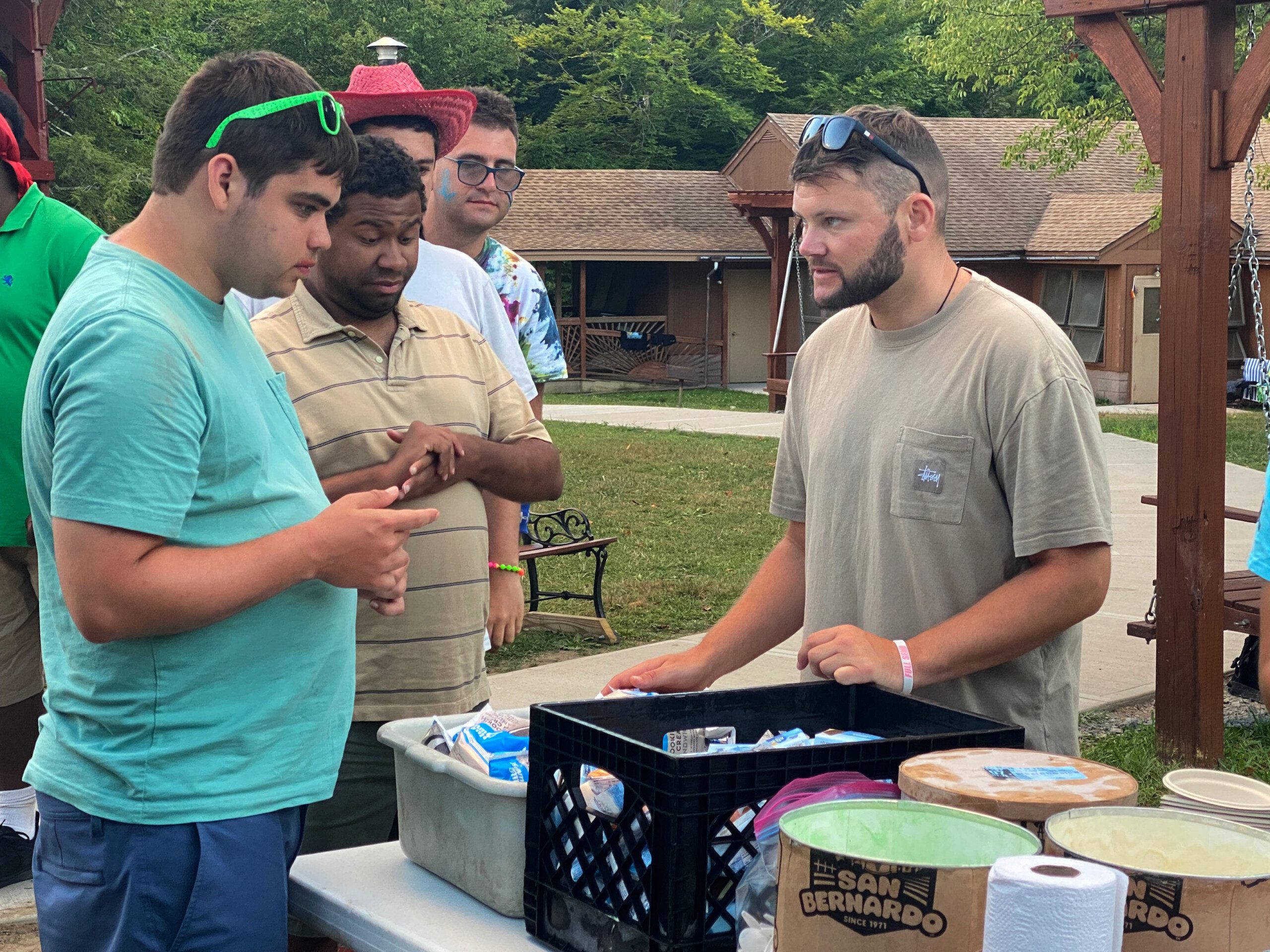 New Zealander Jackson Pugh was also taken aback by how he was received after so much time away. He considers working at the Lodge to be a “life-changing event.”

“When the guests remember you after all that time, you get an idea of the impact that you have,” Jackson said. “These guys talk about coming back to camp next year while they’re only here for their second day. You see how much it means to them and you want to keep coming back.”