May 10, 1970 is an important day in the history of the disability rights movement and AHRC New York City. On that spring morning, the agency opened New York State’s first group home for adults with intellectual and developmental disabilities (I/DD), the Fineson residence on East 16th Street.

“A new horizon of service to [people with I/DD] has been added to AHRC’s long list of accomplishments of the past 21 years…” wrote what was then called NYSARC in the September 1970 edition of its newsletter, Our Children’s Voice. “The residence…is designed to provide a home for…adults who are able to work and remain in the community but who for the lack of a facility might face institutionalization.” The building was named after Bernard Fineson, a labor lawyer and president of NYSARC from 1953-58.

The first class at Fineson residence contained notable names from AHRC NYC’s history, such as Katie Greenblatt, Bernie Mazeroff, Harris Fineson (Bernard’s son), and Seymour Gittleson, among more than a dozen other men and women. Only three people from this initial cohort are still alive—Bruce Nebb, who lives at AHRC NYC’s Bloomberg residence in Queens; Paul Rabinowitz, who lives at AHRC NYC’s Manhattan Apartments; and Gilda Lindenblatt, who now resides at another AHRC NYC residence in Manhattan.

“I was living with my family in Brooklyn” prior to moving to Fineson, Gilda said at her apartment. “I don’t know how old I was when I left. Maybe in my 30s. I’m 83 now; I’ll be 84 next year.” This means she would have been 33 years old at the time of her move.

Gilda was an only child, and when her parents passed away she had only aunts and cousins to rely on for necessities. She desired a more independent lifestyle commensurate with her abilities to travel on her own, learn new skills, and showcase her outgoing personality.

“My aunt [brought me] to Fineson; that was my mother’s sister, Betsy Leibowitz, along with my cousin Doris,” Gilda recalled. “I’m not sure how they knew about AHRC. It was just about the only place back then.”

She fondly remembered going on trips with her housemates and staff members. “On weekends, we went to many places. Vermont, we went to Washington DC, saw a little bit of Maryland, and Philadelphia,” Gilda said. She remembered her favorite excursion in vivid detail.

“We went to Canada, a few places there that I liked,” Gilda said. “We went up by train to Montreal. A few of us went, including staff. We spent a week at a college for girls. They had sleeping quarters for us. We went to the St Lawrence Seaway. I had never been Canada before.” She still has a souvenir can of soda from that trip.

Craig Becker, Associate Director of Residential Services, said that the scope of Residential Services has expanded since Fineson opened. “In 1970, there was likely little in the way of standardized Goals or Outcomes built into this novel experiment in community living,” he explained. “The staff was called ‘Counselors’ and their major role was to concentrate on providing a clean place to live, good food, and medical care. All of the original men and women who were chosen to live at Fineson were expected to manage most of their daily responsibilities on their own; many had jobs and most traveled independently around New York.

“By the look of the faces in the original photo, it was also an opportunity for individuals who had probably spent the greater part of their adult lives alone to make relationships and form bonds with a group of people with like interests and abilities.”

So while support methods have certainly evolved, the larger mission of Residential Services has largely remained the same. “In that sense, the Fineson residence is no different 50 years later,” Craig said. “The current group of men and women who call East 16th Street their home may look a bit more diverse in ages and abilities. But the sense of community and the bonds formed by living together under one roof remain unchanged.”

A Home to Call Her Own

In listening to Gilda recount her memories at Fineson, Craig sensed that Gilda felt like a bit of an outsider due to her ability to be more independent than her peers.

“I liked that we had activities [at Fineson]. But I’m a different kind of a person,” Gilda said. When the opportunity arose to move to an AHRC NYC residence with her own room (and an elevator, as navigating the stairs at Fineson had become difficult) in Midtown, she gladly accepted. “I thought it would be different at 30th Street. I did want to move out of Fineson.”

Gilda’s journey from being one of, if not the first women to live in a New York State group home to a place she can call her own has her reflecting on a unique life.

“I miss my family. When you get older and older you just sort of outlive everybody. Now I sit in my room here, I watch TV. I go for my appointments now, whenever something comes up. And I like certain things. I don’t like everything.” 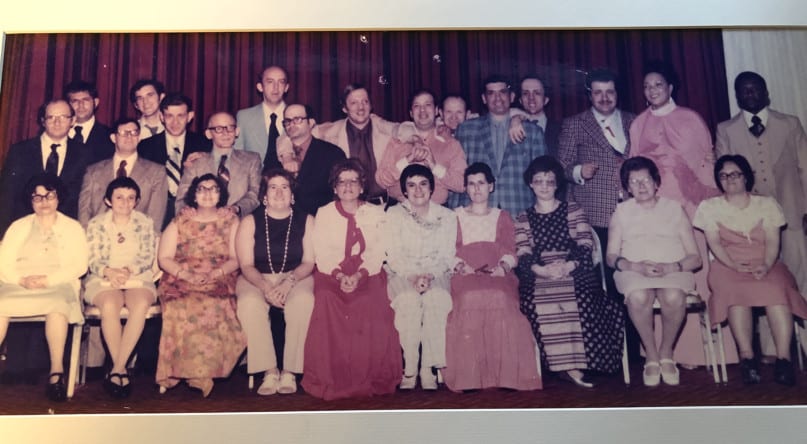 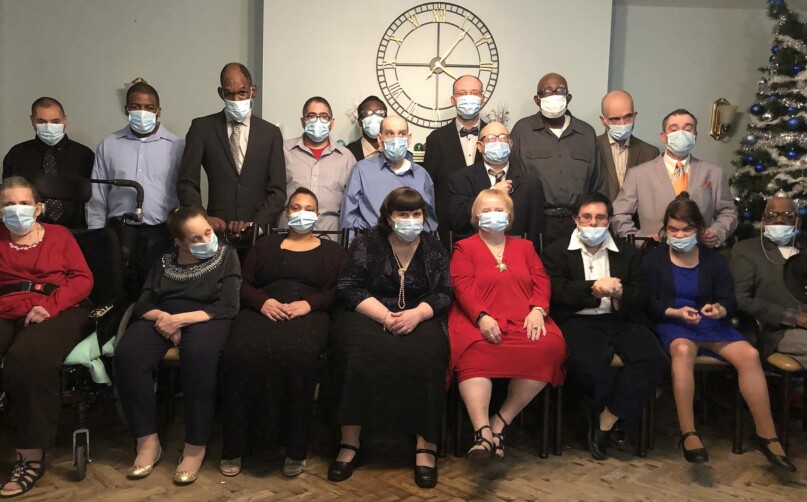