On Monday, March 26th, stunned faces and raucous applause greeted George Oliphant as he surprised staff members at AHRC NYC Fisher Day Services with the news that their work home would be getting a makeover. George is a licensed contractor and the host of the feel-good NBC television series, George to the Rescue, where George and his team help refurbish the homes and businesses of those in need and those doing great work in their communities.

“In all honesty, that round of applause [that you gave to me] should be for you, because what you do every day, the support you give to the people in your community, I’m in awe to be able to come in here and help you makes this place even better,” George said.

George said that Fisher Center’s multipurpose room, located in the center of the facility, would be the primary focus of the renovations. He was coy when asked about other areas of the center that may be worked on, saying that he wanted it to be a surprise.

“It all starts with the foundation and you guys have a great foundation here,” George said. “We’re just gonna build on that. We want to make this place as awesome as we possibly can, and functional and beautiful and inspiring as each and every one of you is.”

George and his team’s work to improve AHRC NYC’s Fisher Day Services was revealed to the staff members on Friday, May 11th. 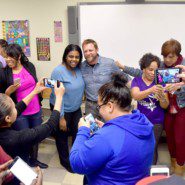 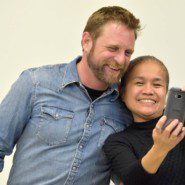 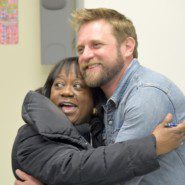 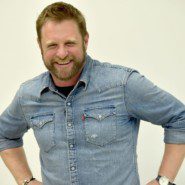