As she watched her son from a low-lit audience on Valentine’s Day, tears came to Maribel Cuevas’ eyes. Under the lights of the performance stage, Juan Gilberto (Gil) Cuevas, her son, was receiving news that his parents were considering moving him into a group home called Havenbrook to support his future independence. But the news wasn’t coming from Maribel, and in fact, the news wasn’t real at all–it was from a play script.  Confused and apprehensive, Gil turned toward the man playing his father, rubbing his neck gently to reassure him that, yes, everything would be alright.

Then the lights went down.

Maribel’s tears were real, but they were tears of joy as Gil finished this scene with his acting partner Paul Douglas as part of Love: Revamped, a series of six short scenes and plays centered on the theme of interpersonal relationships. Directed and produced by Dori Levit, Love: Revamped was performed at The Tank, a nonprofit arts presenter supporting artists from all disciplines, and was sponsored by the John DeSotelle Studio.

“Love is difficult. Therefore, we should trust in it.”

Dori Levit began her director’s note with that phrase. In directing these performances, Dori wrote that she wanted to “[present] the challenges which arise with letting another person close to our heart.”

The six plays/scenes presented in Love: Revamped were:

In addition to sharing the theme of relationships, each play featured at least one actor with a disability. Dori, who used work for AHRC NYC’s DHWOW in Manhattan, said that was always her intent. “I strongly feel that this population of actors are underrepresented and type-cast, severely limiting not only their opportunities as artists but the opportunity for the community to see and be inspired by them. I think it’s more realistic to include people of all abilities, from all walks of life, in a production that is supposed to simulate what love is in our society.”

Dori continued saying that her time at AHRC NYC has influenced her theater experiences. “In all my experiences with people who are differently-abled, including at AHRC, I have been given the opportunity to learn from some of the strongest, humblest, and most compassionate people I’ve ever met. They give me the strength to continue my endeavors as an artist and as a person.”

“It Brings Out the Person in Me”

Tyreana Overby started acting nearly a decade ago when she took a turn as Sandy in the musical, Grease. “I think I was 15,” she recalled after her performance as Sam in Thor’s Hammer, in which she played a spurned lover who was encouraged by her friend Amy, (played with convincing intensity by Emily DeSotelle) to exact some measure of revenge.

All of Tyreana’s acting experiences have stuck with her. “I continue to do it because it brings out the person in me,” she said. “It makes me get out of my shell more and more and let out everything that I’m feeling. Tonight was nerve-racking, but it felt good.”

Sheila McCullum, Tyreana’s mother, was left speechless. “I’m so proud of her that I’m at a loss for words. It was so awesome.”

Maribel, Gil’s mom, wasn’t speechless but was left with similar pride. “The first time I got the [Havenbrook] script, it really hit home,” she said. “It was emotional. My other son is autistic as well and it is a challenge.  But I’m very proud of Gil tonight. It makes my sacrifice worthwhile.” 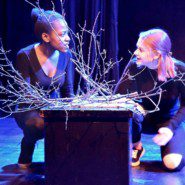 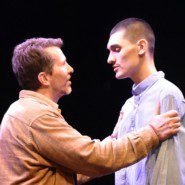 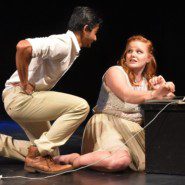 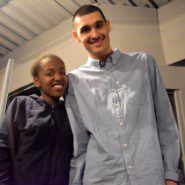