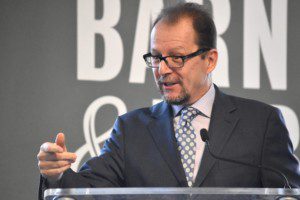 Marco Damiani, CEO of AHRC NYC and Chair of the MDDC, who was overseeing his final legislative breakfast as he announced plans to step down from his current council role, said that service providers, self-advocates, and families are facing the most significant, albeit less visible, challenges since Willowbrook closed in 1972. “We hope that there is policy, advocacy, and action resulting from what the speakers say here today,” he said.

“When I started in the field in 1991, there were 60 applicants for five jobs; now, there may be five applicants for 60 jobs,” Monica Santos, Director of Residential Services at AHRC NYC, said. “Here we are now struggling because we cannot get the Direct Support Professionals [DSPs] we need due to the very low salaries these staff are paid.”

Joseph lives in a home where there should be three staff members at all times, but oftentimes there are only two. “I was supposed to go to a meeting the other day,” he said, “but I couldn’t because that staff had to stay with the other individuals. I couldn’t do my job because we don’t have enough people. This is unacceptable.”

“Some of my friends are delivering packages and they’re making more than twice the money I make,” Sheldon said. “Our pay isn’t suitable for the work that we do.” 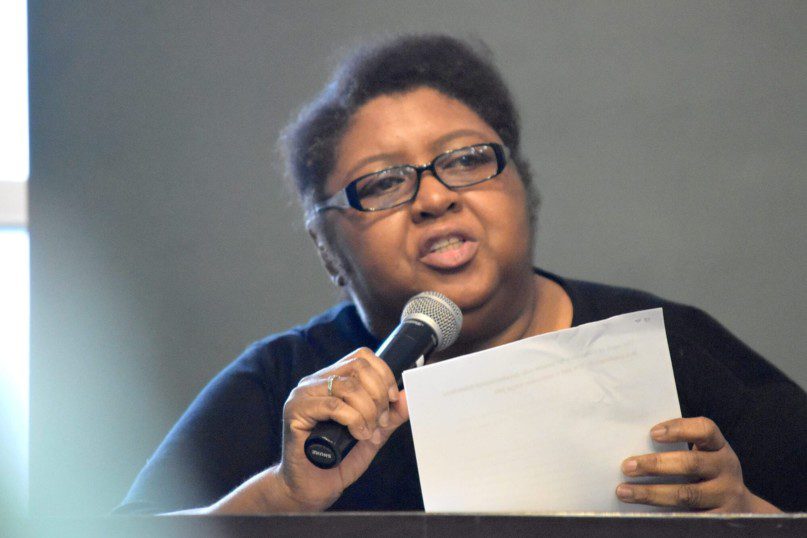 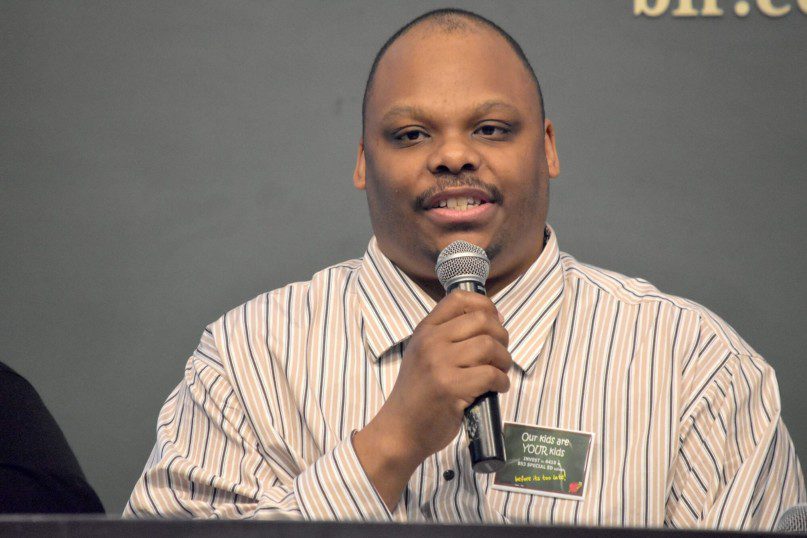 “Staff turnover is a tremendous problem,” Haggith said. “There is so much turnover I can’t even remember the names of the staff. There are new people all the time.” Haggith said that her son has been to the emergency room 15 times in the past 5 months due to behavioral issues, much of which stem from working with unfamiliar staff.

Lisa Gilday, MA, SDA, Chief Operating Officer of Birch Family Services said that retention rates at non-public preschools are unsustainably high. “Our providers cannot attract and keep their staff as they are actively recruited by school districts. This results in further financial loss as providers losing teaching staff have to close classes and turn away students. Some providers have had to close their doors, and others are not sure that will be able to continue.”

Senator Brad Hoylman, whose district covers much of downtown and midtown Manhattan, commended those speaking out. He also presented Mr. Damiani and the Council with an official Senate proclamation saluting their three decades of service. “Direct support is not a minimum wage job, and the stories you relate to us are so important for legislators to hear. The budget is a moral document and I can’t think of more moral work than what DSPs provide.” 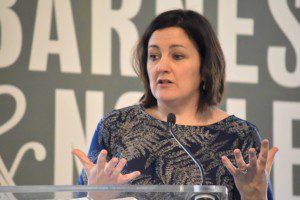 During a panel discussion, Monica Santos talked about how people with I/DD are living longer and therefore making DSP’s jobs more complex. Marco Damiani raised concerns about the continued lack of early intervention funding despite proven benefits, including with his own daughter.

Council Member Helen Rosenthal concluded the event by acknowledging that more needs to be done. “Government has not served people with disabilities well at all,” she said. “I urge you to continue calling your legislators and hold their feet to the fire.”