Christopher Siani beamed when his name came over the loudspeaker. Wearing the classic Yankees pinstripes and with many of his friends cheering him on from behind home plate, he took a confident walk out to the mound at Richmond County Bank Ballpark, reared back, and threw out the ceremonial first pitch. It was a fitting cap to his time at AHRC New York City‘s Melissa Riggio Higher Education Program at the College of Staten Island.

“I’ll miss the program because of events like these with friends,” Christopher said.

“I was able to get a hold of the Staten Island Yankees at the Staten Island Economic Development Council back in March 2018,” said Michael Prindle, Community Support Supervisor, who helped arrange the unique experience. “I communicated with their marketing department and asked if we could be a part of their HOPE Week, an initiative to provide hope and encouragement to the disenfranchised.” 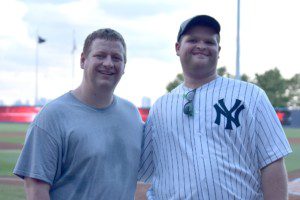 The team, which is one the New York Yankees’ minor league affiliates, set up a day where three players—Matt Sauer, Frank German, and Shawn Semple—could visit CSI.

“They came to campus to play catch, run some drills, and give our students some pointers,” Mike said.

“It was nice to hang out with the Staten Island Yankees,” said student Steve Hong. “The best part of the day was that it didn’t rain and ruin our day out.”

Following the player’s visit, students and staff members were invited to the SI Yankee’s home field on Thursday, August 2, 2018, to dedicate that evening as Melissa Riggio Program Night. Both incoming and current students attended the game, including incoming freshmen Samantha Locke and Meghan Mattei, who joined after their first week of Student Orientation. 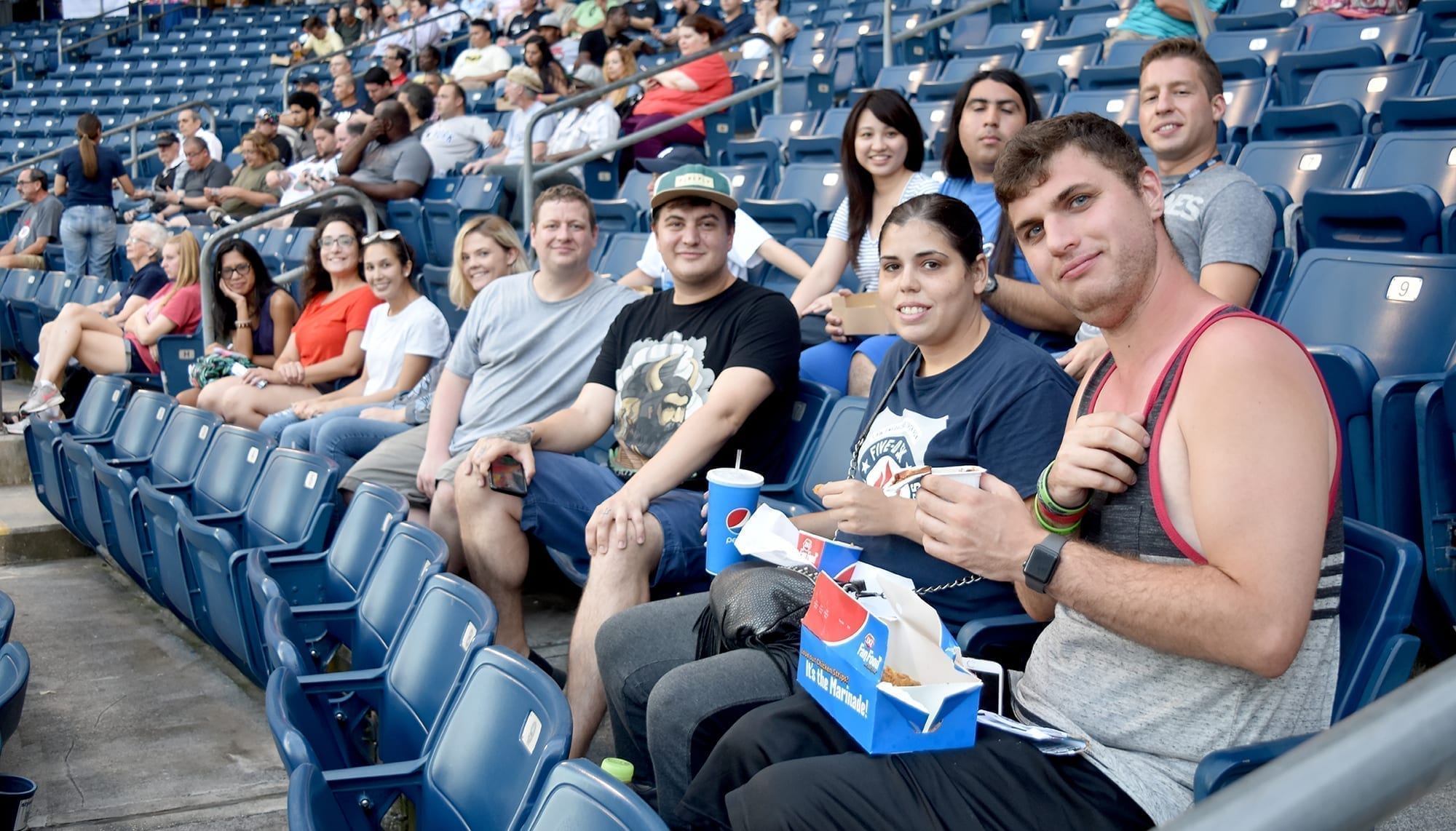 As a lifelong Yankees fan, Christopher was a natural choice to throw out the first pitch. This was also one of Christopher’s final activities as an active member of the innovative College Program, which helps students to develop skills, learn to self-reflect, make informed decisions, accept challenges, build social networks and make meaningful connections.

Christopher recently was hired at the New School in a part-time union job. “I hope I can work there until I’m 70,” he said.

In the game, the SI Yankees took on the Connecticut Tigers and came away with a 3-2 victory.

“I hope we can do things like this more often,” student Jonathan Rodriguez said. “It’s nice to new things off-campus and in the community. I like having things to do after the program.”