Every summer, dozens of guests experience the serenity and sociability of AHRC New York City’s Katy Isaacson Elaine Gordon Lodge in the Catskills. Now, longtime friends and staff members are getting the chance to experience the camp and its surroundings in the cold weather as part of Camping and Recreational Services’ expanded winter sessions.

“Overnight programs have been a great way for people to stay involved when camp is not in session,” said Emily Hirst, Recreation Supervisor and the Assistant Director at AHRC NYC’s Camp Anne. “We’ve recently renovated some of the cabins at the Lodge to winterize them. It seemed like such a shame to have this beautiful space and not use it.” 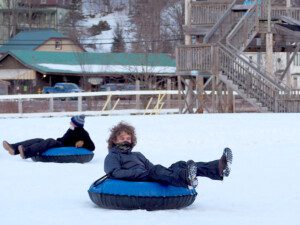 Emily and Joe Antcliff, Recreation Supervisor and Assistant Director at the Lodge, have conducted their first few winter sessions in February and March 2022. They are hosting the sessions from Wednesday through Sunday, with a maximum of six people attending per session. All attendees must have received their COVID booster shot, and everyone is tested prior to leaving for the trip.

Using grant money, Camping and Recreation has purchased new outdoor/camping equipment, such as snowshoes, allowing them to finally expand more outside of their typical summer dates.  “We’ve always wanted to do something like this,” Joe said. “The camps should be a full year-round part of the fabric of AHRC NYC.”

Unique Excursions for the Winter Months

On a frigid Friday morning, the sextet of Victor Carrion, Ernesto Ramirez, Alex Feliciano, Joe Marti, Eddie Morel, and Frank Costanz were eating breakfast as they prepared for another day of activities together. 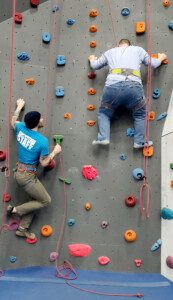 Christopher Siani tries rock climbing under the watchful eye of an instructor.

“So far we went to a cave to explore and bowling yesterday,” Joe said. “Some of us shopped till we dropped. Tonight, we’re planning to have our weekly dance party; Victor will be co-hosting with Joe [Antcliffe].” He went on to say that the group looked forward to visiting a waterfall later in the trip as well as learning baking skills from Emily.

It didn’t take much convincing for guests like Eddie to come to the Lodge even during the chillier months. “They take good care of us during the summer,” he explained. “The five days and four nights was really appealing. It’s nice to come and get away from the city. You don’t have to hear the ‘BONK BONK, GET OUT THE STREET!’ You don’t have to hear people complaining.”

Victor reflected on the previous day’s trip to a nearby cavern. “In the cave we got to go on boats. We had to duck our heads down at times. As we were passing by there was a tour guide explaining all the different types for rocks, and at the end of the tour there was an area with some bats inside.” Victor said that the experience has inspired him to attend a full session of camp for the first time in the summer months. 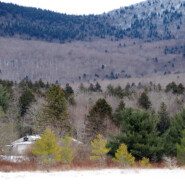 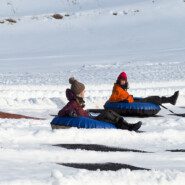 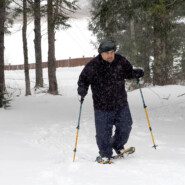 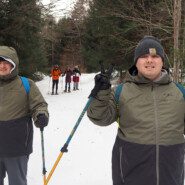 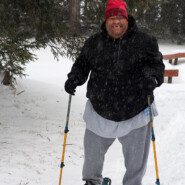