The Arc New York’s Fall 2018 Board of Governors Meeting

Change was the theme of The Arc New York’s Fall 2018 Board of Governors meeting as the organization elected a new president and continued to prepare for the transition toward the managed care model of service delivery. Artists from AHRC New York City also received commendations during the two-day event held on October 11 and 12th, 2018.

Much of the meeting was dedicated to recognizing Laura J. Kennedy, the Arc New York’s President who was stepping down after four years leading the organization. Laura is also a longtime Board Member of AHRC New York City. 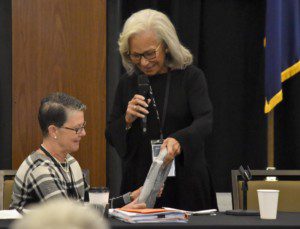 Laura’s term coincided with a transformative time in the intellectual and developmental disabilities (I/DD) field. In her final report to the Board of Governors, she outlined many of these changes including the successful formation of Partners Health Plan, changing the organization’s name to align it with The Arc of the United States, a reorganization of the Arc New York’s governing structure, the early success of the #BFair2DirectCare movement, and an archives project that is revealing new information about the 70-year history of I/DD services in New York State.

“The Arc New York is truly special. Being in this room with you four times a year is a blessing and we’re going to continue to do great things,” Laura said. “The hard work we do as responsible board members supports the lives of over 60,000 people in this state, nearly half of everyone that receives services. There is no doubt that the talent, passion, commitment, and creativity in our organization–stronger together, better together–has left us well positioned to offer high-quality services as we enter our 70th year.”

Each of the 56 chapters contributed a letter of appreciation addressed to Laura. Sharyn Van Reepinghen, President of AHRC New York City, presented Laura with a portrait with portrait drawn by Website and Communications Manager, Scott Dodson, as a gift for Laura and her family. Among other thoughtful gifts, Laura also received a surprise visit from her daughter Lindsay Hyland and granddaughter Keira at the event’s banquet dinner.

Mark van Voorst, Executive Director of The Arc New York, sounded the alarm about a number of pressing issues facing this community. He stated that several chapters have been experiencing financial difficulties and that the organization as a whole has seen expenses skyrocket while revenue has not kept pace. He cited a need for the Board of Governors to start considering important decisions in the prelude to managed care, in which service providers will begin dealing directly with insurance companies as opposed to just government entities. He commended chapters for their increased collaboration in confronting these challenges and expressed optimism as a result of what he has seen in his first 10 months on the job.

Saundra Gumerove, a parent advocate who is also the First Vice President for the Board of Directors at AHRC Nassau, was elected as the new President of The Arc New York. AHRC NYC Board Member, Anne Gordon became the Metro Region Vice President. Missy Potter from The Arc of Livingston-Wyoming was named Self-Advocate of the Year while Patricia Campanella from the St. Lawrence chapter shared a heartfelt speech as she accepted the Volunteer of the Year award. In the Imagine Art Competition, Blanca Colon’s five-canvas landscape of the New York City skyline won first prize.

Last week I went to Albany to participate in an Art Convention hosted by The Arc New York, and it was quite a thrill. For the last three months, I’ve been making a lot of sculptures. I made 135 for the event! On top of it, I saved some others from last year and months before and brought them to the event. My favorite piece that I brought was a sculpture of Winnie the Pooh which was one of the most popular pieces in the exhibition. Usually, I make these figures at either the program or at home; it typically takes a few minutes to make a sculpture. 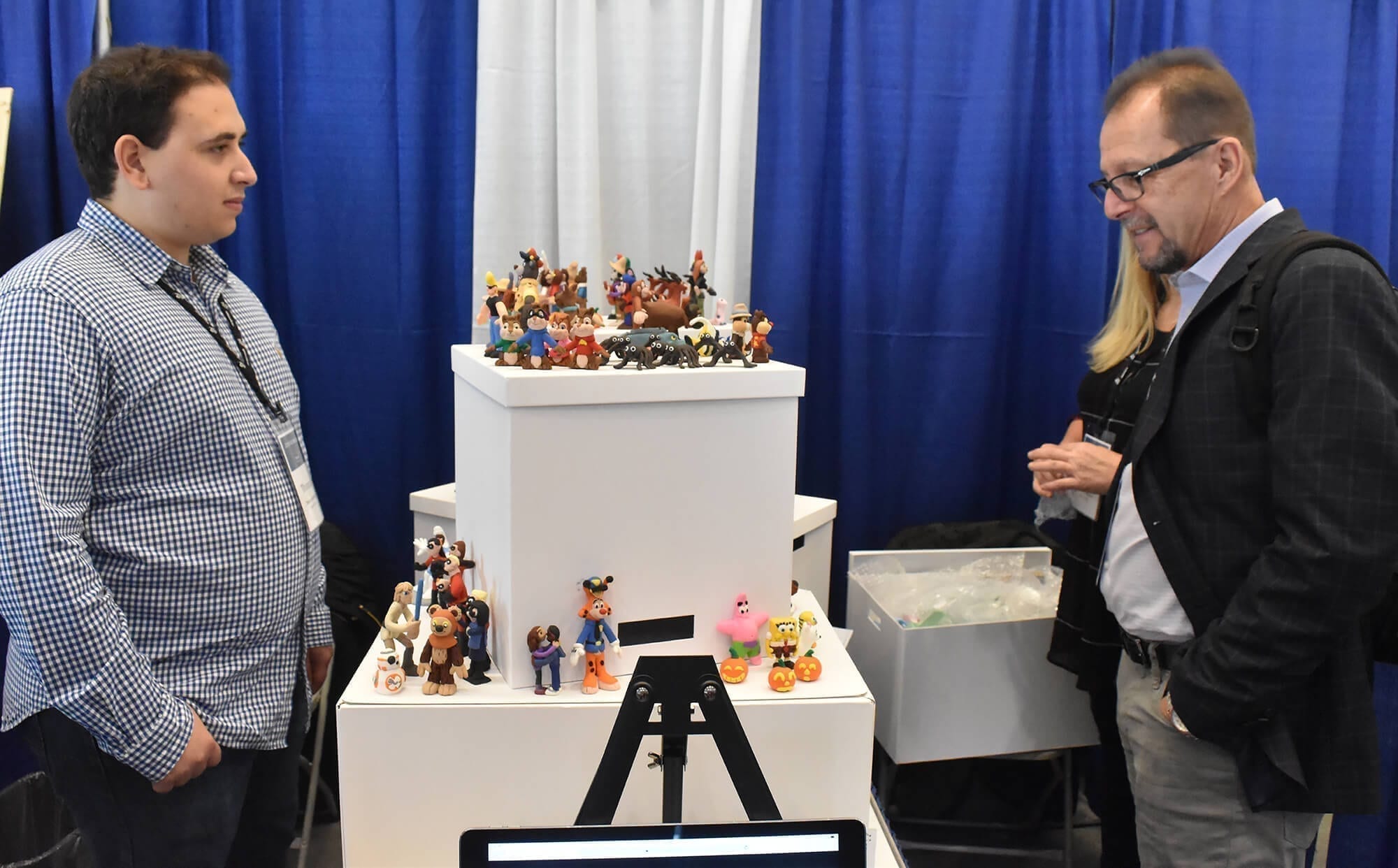 My mom and I came on Friday morning to prepare for the exhibit. Since everyone had meetings to attend we waited a while but sometime later, the crowd was swarming by. It was such a great opportunity that I got to sell between thirty and forty figurines. I felt so touched because I made these sculptures with one purpose: True Happiness. I hope I have another chance to attend and participate in some more art exhibits.