Direct Support Professionals Recognition Week is September 13-19, 2020. Now more than ever, DSPs everywhere deserve our full support and appreciation for the life-saving work they do every day. It is our privilege to celebrate the work they do to help people with disabilities make the most of their rights and opportunities:

The people he supports and his colleagues at AHRC New York City’s Church Avenue Day Program in Brooklyn are family to Matt Crowley.

“I’ve been seeing most of them virtually, but it’s not the same as being in the program,” Matt said. “Returning is going to be overwhelming, that’s for sure.”

Matt, who started with AHRC NYC in 2007, works with individuals with traumatic brain injuries (TBI). The makeup of the individuals combined with the long-tenured staff creates an energy that brings out the best in everyone, Matt says.

“The people we support are looking for a relationship with people they can depend on and people interested in supporting them in different ways,” Matt says. “They’re looking for people who can empathize with them.”

Fifteen years after entering the field on the West Coast, Matt still follows this advice: Staff should bring their strengths to their job and share them, something his colleagues see him do then and now.

“Matt has been very attentive, compassionate and dedicated throughout this pandemic,” said Jampa Tenzin, Community Support Supervisor at Church Ave. “He even went to some of our people’s homes to help with techs so that they could use zoom and other platforms to receive remote services.”

Several years ago Matt and Michelle Vidra, one of the individuals he supports, combined their passions in the creative writing group and wrote a play. They thought about making it into a film but didn’t have the resources. Then Darinka Vlahek, now Director of Arts and Community Outreach with Day Services, got word of the project and provided the resources of an in-house videographer, who had only done documentary films but looked forward to working on the group’s parody sci-fi/horror.

“The Nutty Nurse” took several years to film, but for Matt and everyone involved, it was worth the wait. TBI group members – who struggle with memory — worked hard to learn their lines. Matt incorporated different strategies — sometimes a script was angled in a way to help them without being in the shot. Cue cards were another option. “Michele had an idea of what her lines would be and she could improvise,” Matt said. “Others were so excited when they could memorize their lines.”

“I believe that Matt has a great passion for creative processes and that’s his driving force,” said Darinka. “He is also competent in his efforts, ambitious in his projects and he does not give up, he completes them. He is a great listener and he values people’s opinions. Matt is one of a kind person.”

It’s no wonder Matt says, “I love coming to work.”

Matt recently was named to the inaugural National Alliance for Direct Support Professionals DSP Advisory Council. The 12-member council is designed to provide its unique and invaluable perspective to the NADSP Board and staff about how to better serve DSPs. He looks forward to providing guidance to help DSPs. By adapting his support to the person, Matt has found working as a DSP not only meaningful but also rewarding. He brings his personal interests in the arts to the people he supports. And in their own way, the people he supports share their strengths with him.

“This productive sharing of experiences is an important part of this job,” Matt says. 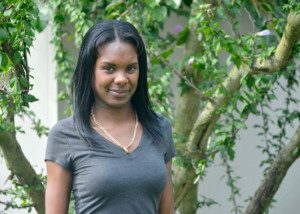 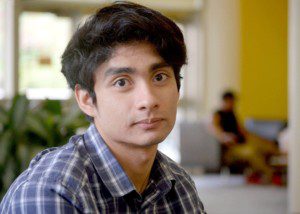 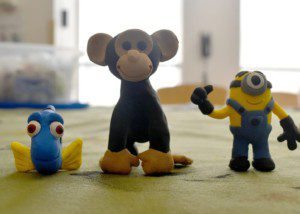