Students from AHRC New York City’s Middle High School in Brooklyn showcased a wide variety of skills in their annual Talent Show on December 5, 2014. Performing in front of their teachers, parents, and their peers, the students sang, danced, played instruments, and told jokes.

The music selections spanned the decades as the performers took us down to Strawberry Fields until we learned to Move Like Jagger. While some students performed comedy, others chose to interpret songs from popular movies like Turbo and The Lego Movie. Several segments of the talent show involved group performances inspired by the exercise program Zumba, including routines set to songs like Proud Mary and Fiesta Buena. In addition to showcasing the talent of these inspiring young artists, the performances brought everyone together through the power of music, dance, and individual performance.

Luke and the MHS Band sang Tom Petty’s Free Fallin’; Tyler created a drawing to the tune of Everything is Awesome; Rima sang Rihanna’s Diamonds; Thomas treated attendees to the song, Am I Wrong; Joseph furiously played guitar set to Seven Rings in Hand from the Sonic video games; Parents, staff, and students hopped aboard the Love Train for the finale. 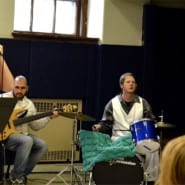 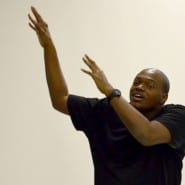 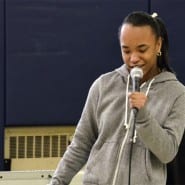 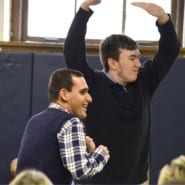 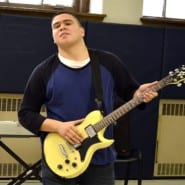 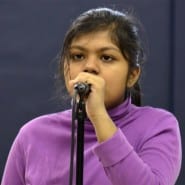 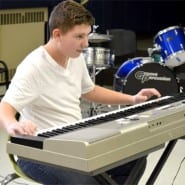 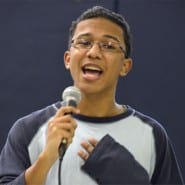 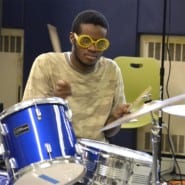 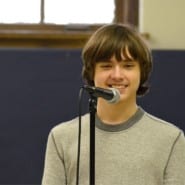 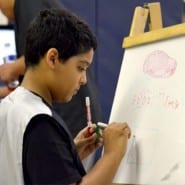 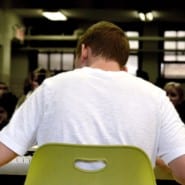