AHRC New York City and MoMA marked the culmination of a year-long collaboration, entitled “How Are You?”, with a ceremony at the Cullman Education Center on Sunday, December 5. More than a dozen artists had their work displayed on the walls at the education center, and additional works were on view at the Joseph E. Yoakum: What I Saw exhibition in the museum’s main building. 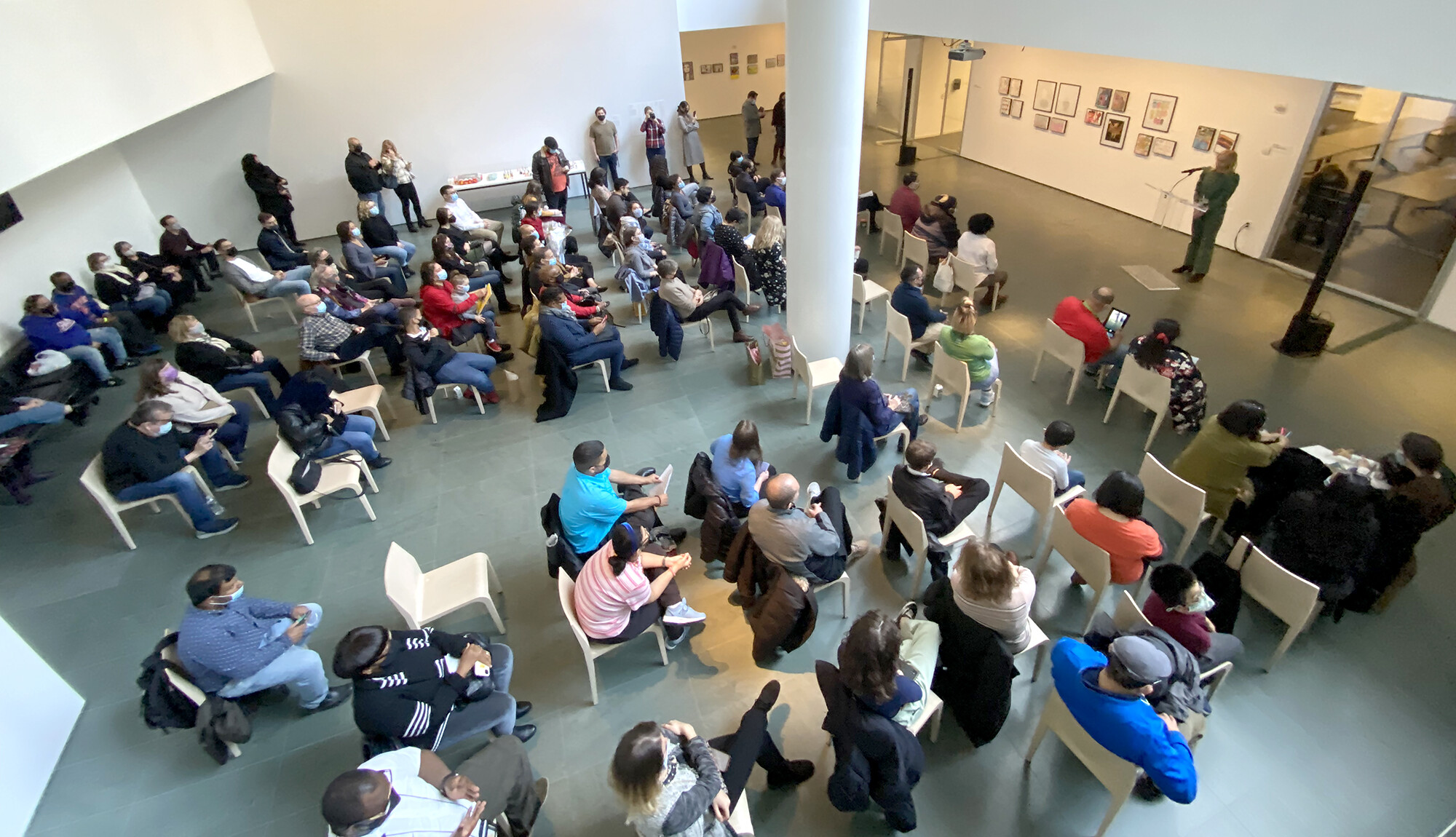 The Cullman Education Center at MoMA hosted AHRC NYC artists and their families.

The partnership between MoMA’s Access Programs and AHRC NYC’s ArTech Collective began more than a year ago. Weekly virtual meetings brought together artists supported in all five boroughs with Theresa and other members of MoMA’s educational initiatives to discuss famous pieces from MoMA’s collection, the processes and ideals of artists displayed in the museum, and conversations about creativity and our current moment in time.

Each session began with the exhibition’s title phrase, “How are You?”, a way to ground each member of the group to the present and build connections based on respect for one another’s feelings. Artists worked with MoMA’s educators to use new materials and artistic styles that enhanced their work, culminating in the final pieces displayed at the museum. 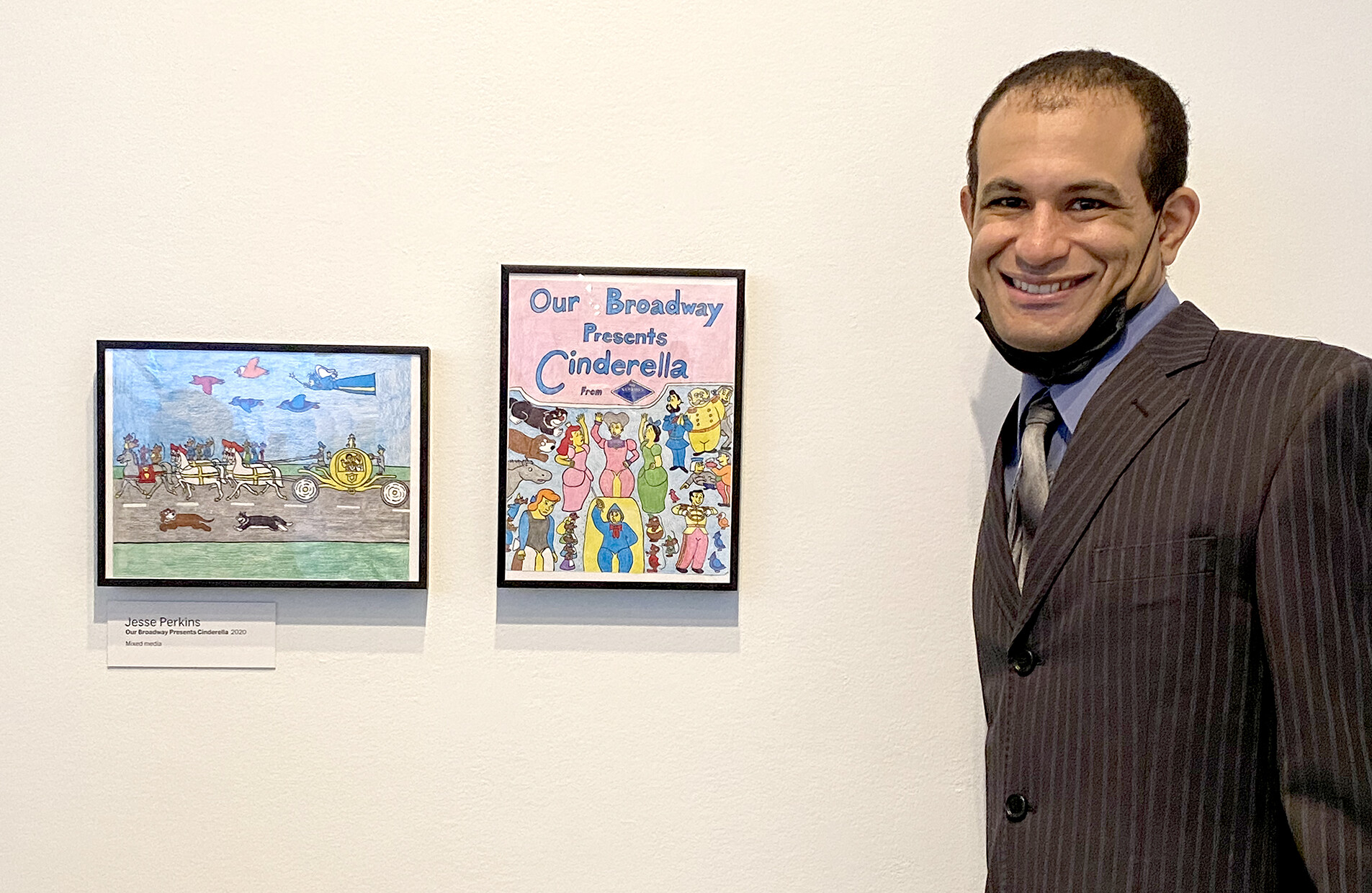 Jesse Perkins poses next to posters celebrating his love for Our Broadway.

“What was slightly intimidating at first quickly became the highlight of our weeks, something to look forward to in a time of isolation,” said Pola. She commended all the artists for stepping out of their comfort zones in their pursuit of meaningful personal expression.

Theresa said that working on this exhibition has been the privilege of her career. “This is the first time most of us are meeting in person,” she said. “When I look around and see joy and friendship and the creativity in this space, it makes me feel so wonderful to be a part of this community.”

The feelings of pride were palpable from both the artists and their loved ones. 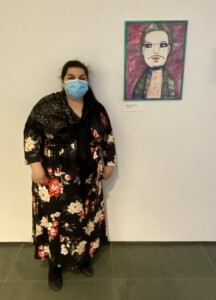 Melissa Louden with one of her signature zombie portraits.

“This is absolutely beautiful and overwhelming,” said Karen Ramirez, the mother of artist Melissa Louden. “I’m so appreciative of AHRC and MoMA for working with our kids. So frequently this population is overlooked, but today my heart is full of joy.”

Melissa experimented with watercolor pencils and the macabre in her art. She said, “I love drawing. It makes me feel calm. I love to express myself by drawing cartoon characters. I wanted to show people in a different form, like zombies.”

Claudia Danies had always tried without success to get her daughter, Sydney Buford, interested in art. Then came the opportunity for Sydney to work with MoMA and ArTech.

“When Sydney became an artist herself, it all clicked,” Claudia said. “My child and I now have something in common that we can talk about together. She can identify artists, different media, and different genres.”

Sydney said she’s been most influenced by artists such as Jacob Lawrence, Minnie Evans, and Jean-Michel Basquiat, “who’s Haitian like me. MoMA taught me that art makes you happy even when I’m having a bad day and introduced me to a world I never knew existed.”

Claudia was delighted as Sydney publicly spoke about her art for the first time. “This has opened up a new chapter for her. To have my daughter’s art in MoMA, who’d have thought it?” 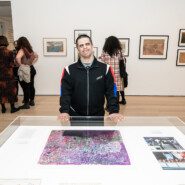 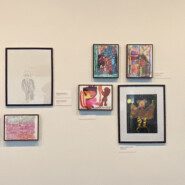 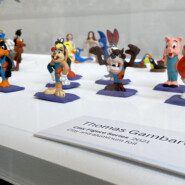 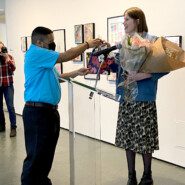 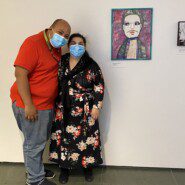 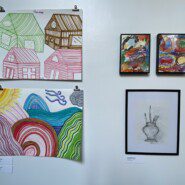 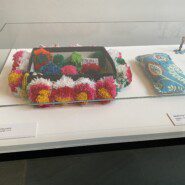