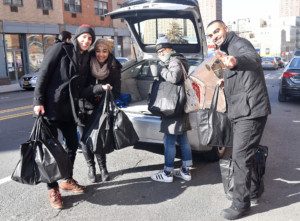 Dr. Martin Luther King’s teachings encourage social justice, income equality, and positive contributions to one’s community. In what would have been Dr. King’s 90th birthday month, members of the AHRC New York City family joined together for a series of events culminating in the MLK Day of Service on Monday, January 21st. The Day of Service emanated out of three locations—the new Day Services facility on Norfolk Day Services in Manhattan’s Lower East Side; the Bushwick area of Brooklyn at AHRC NYC’s Wendy M. Siegel Day Services; and the St. Francis de Sales School for the Deaf in Crown Heights, where community collective B’Lynx was based for the day. 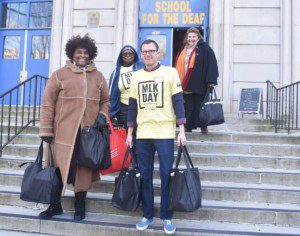 These initiatives were made possible through a grant from The Arc of the United States and the Corporation for National and Community Service. “AHRC had a strong proposal,” said Abby Owusu, Program Associate, Chapter Leadership and National Initiatives at The Arc. She was observing the proceedings at Manhattan Day Hab. “I’m so impressed with the diversity, the collaboration between volunteers and staff. I love the T-shirt and bag designs. I hope to hear more from AHRC throughout the year.”

The events leading up to as well as the MLK Day of Service centered on a critical issue in New York City—hunger.  More than 1.2 million NYC residents struggle to feed themselves or their families consistently, according to the Food Bank for New York City. Approximately one-in-five children relies on soup kitchens and food pantries. 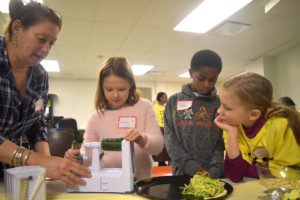 “The grant application [to The Arc] was specifically focused on hunger and food insecurity,” said Andrew Pfadt-Trilling, Director of Quality Improvement for Day Services. “But it was a great focus area for us–it’s something that’s a huge issue in the city, tends to really galvanize people from all backgrounds, and is an area many people we support are already involved in and want to do more with. And food is such a great topic to build the community around.”

At AHRC NYC Headquarters and many other locations, agency employees donated non-perishable foodstuffs over several weeks prior to the Day of Service. At a pre-MLK Day kickoff event at 180 Maiden Lane, Chef Mireille Roc from Common Threads gave a cooking demonstration highlighting healthy eating while conserving food and money (Chef Mireille and other culinary experts also gave demonstrations on the holiday). On MLK Day, volunteers from inside and outside of NYC prepared large bags filled with donated goods that were to be delivered to homeless shelters, churches, and other organizations that could distribute the food to the neediest in their communities. 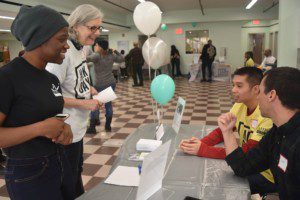 “Forty percent of food made in a restaurant on any given day is thrown out,” said Tom Cardamone, Director of Volunteering Recruitment for RLC. “If we saved even 30 percent of that food, it would be enough to feed every person in America.” Over the past few months, many volunteers from AHRC NYC have made RLC routes a regular part of their weekly activities, taking food from participating establishments and delivering to organizations that can redistribute it to those in need. “Our relationship with AHRC has been fantastic,” Tom said. “It’s great to find only new communities to serve but new communities to partner with. They are both our signal and work with us to identify populations that might be facing food insecurity.”

Together at the Table of Brotherhood

The MLK Day of Service was a landmark day for people from all parts of the AHRC NYC family.

“I’m overwhelmed by the turnout here,” David Summers, Director of programs at Day Services’ new 101 Norfolk Street location. “This has been a perfect and fun way for us to introduce ourselves to our new neighbors and let them know that AHRC as an organization wants to be a contributing member here in the Lower East Side.”

Raysa Casas, Human Resources Specialist, asked people at Norfolk Street to write down their dreams for the neighborhood and post it on a map. “I care for the New York community and I love to volunteer,” Raysa said. “As part of the Latino community that suffers from discrimination, I identify with Dr. King’s goal for social justice. MLK helped his community so much throughout his life, so to honor his work I want to do the same.” 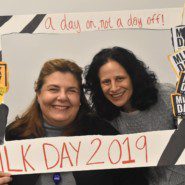 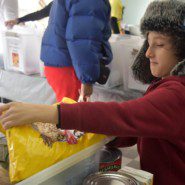 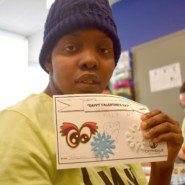 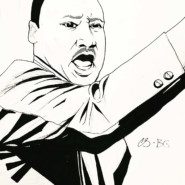