AHRC New York City held an Employment & Business Services Gala on April 4th at Hudson Studios in the Starrett-Lehigh Building in Chelsea. The focus of the evening was to recognize and honor some of AHRC NYC’s most supportive employment partners, while also creating new partnerships and expanding existing ones by educating industry leaders about the reasons that hiring people with developmental disabilities can not only change the lives of people supported but can be greatly beneficial to those that hire them. 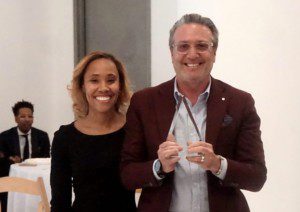 Approximately 150 members of New York’s business community came to show their support for EBS’ work and to learn more about the services and staffing solutions available to them. Recipients of our employer awards included Chick-fil-A, Walmart, ABM, and a special award to Mitchell Grant, RXR Realty’s Operations Manager for the Starrett-Lehigh Building, who has consistently gone above and beyond the call of duty to create jobs for people with disabilities.

Thanks to prize donations from such donors as City Winery, the McKittrick Hotel, and Staples, a raffle was held in which guests earned tickets through group activities in which they engaged with Account Executives about AHRC NYC employment services. The event also included a chance raffle featuring such prizes as an iPad Mini, an Apple Watch, and a set of Bose headphones, offered in exchange for on-the-spot donations to AHRC NYC to support its work. The gala was a massive success and we look forward to hosting more amazing events like this in the near future! 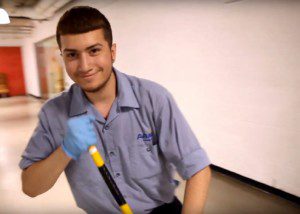 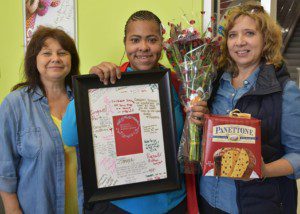 Tamara Jefferson Honored for Her Excellent Work at… 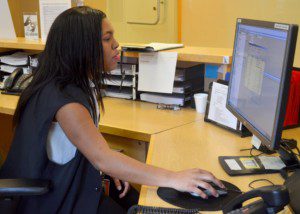