In June of 2019, Jonathon Epstein began collaborating with Heather Baird and Hannah Allen of Atlantic Theater Company & School (ATC) to establish inclusive theater initiatives for actors supported by AHRC New York City. After months of planning and fundraising, they were ready to launch a workshop series–then the pandemic hit. Fortunately, all parties were fully committed and were able to quickly pivot to virtual programming.

Significant pre-planning sessions and follow-ups were implemented throughout the process to ensure the initiative was shaped around the specific interests, strengths, and needs of actors. Families and AHRC NYC mentors were brought to the table to establish layers of support for the completion of weekly assignments and additional rehearsals. This holistic involvement meant actors had consistent support in developing and expanding their skills.

Rebecca Gross, a Community Support Professional involved with Storytellers, explained, “It was beautiful seeing how people with so many differences (staff, actors, people supported, etc.) all got to know each other, become comfortable with each other, and form one cohesive ensemble… Its success is a product of the unique combination of people brought together. It’s a testament to the terrific artistic and social impact which is created through well-organized, mutually supportive collaboration.”

The beginning of the Storyteller’s program focused on ensemble building. Each week, the group reviewed the ensemble agreement and showed their support through an enthusiastic chant “Ensemble we agree, 1, 2, 3” with a dramatic pose at the end. Creating space for actors to express themselves and connect with each other was an utmost priority. Sam Meyer, Assistant Transition Developer, reflected how the program “has been essential to reclaiming and maintaining lost socialization progress caused by the pandemic. The program gave [actors] the opportunity to express themselves and connect with other [actors] from other programs, which they would not normally be able to do.”

Skills were built through acting games and the exploration of performing in a virtual space. When asked what his favorite part of the program was, Maximillian Warren said, “I liked when we did an actor’s warmup and tongue twisters. They get me ready to act and sing.” As part of the professional development baked into this program, each actor composed an actor biography. Teaching artists also worked with actors throughout the week to prepare for the end-of-program share.

The program culminated in a Zoom Final Sharing event on December 18th with a live audience. Actors each presented original character monologues that were created and rehearsed in small groups. The performance ended with the whole group performing the choreography they had developed together.

A second eight-week workshop series began in February of 2021. Actors continued exploring the skills they had built in the first series around telling stories through performance and developed new skills, such as blocking and rehearsal techniques, as they devised original pieces. Specialty workshops were introduced, and actors got to choose from focused workshops on Dance Choreography, Singing Techniques, and Costume Design.

The ensemble once again presented in a live sharing event to complete the series. David Warren, a parent, said: “It was absolutely extraordinary to watch both the engagement and the weekly progress as these young actors initially designed their own characters and themes and then worked with their directors and peers to write and memorize scripts, and finally to perform live. This would have been exceptional under ordinary circumstances, but the focus and effort from all required to accomplish this in a virtual setup were almost beyond belief.”

The vast majority of actors returned, and some new actors joined the ensemble for the second round, such as Tomas Nieves. Actor and dancer Jamel Mills also joined the team as a Teaching Artist and got to start living his dream of being paid for his work. The goal was for this opportunity to help launch Jamel’s career. An influential audience member was very impressed at the Final Sharing in March of 2021 and Jamel was offered a job as a writer for the Kaiser’s Room ImagiHouse inclusive children’s show.

The Storyteller’s success stories don’t stop there! Brooke and Lauren of ATC have become incredibly valued AHRC NYC volunteers supporting many initiatives such as the Pace University Service Learning Project, Our Broadway, and NYC Pride initiatives. “After seeing the success of the program, I wanted to get more involved in similar initiatives within AHRC NYC and Jonathon so graciously, sort of, took me under his wing and I’ve been an ‘intern’ ever since! I’ve loved all the opportunities I’ve had to work and play with the AHRC community and look forward to even more,” said Ms. Sweeney.

This summer, actors will be given the opportunity to participate in a Public Speaking Workshop Series. In the fall, we hope to begin what will be an annual model of workshops for alumni and a new cohort of actors.

Please reach out if you are interested in hearing more and/or getting involved with the Atlantic Theater Access Success Storytellers workshops: jonathon.epstein@ahrcnyc.org. 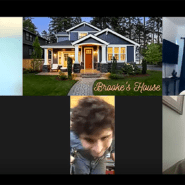 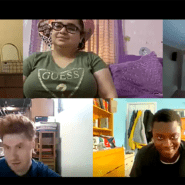 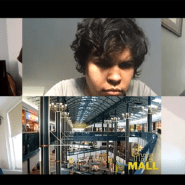 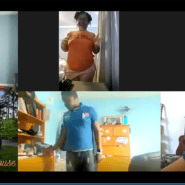 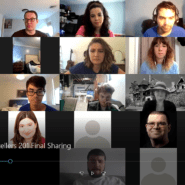 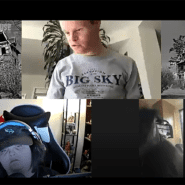 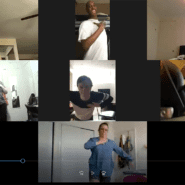 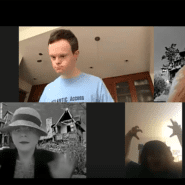