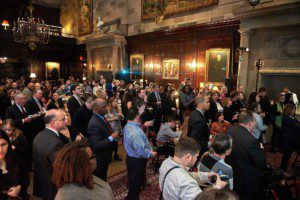 As her father Steve put it, the word “obstacle” was not in Melissa Riggio’s vocabulary. In her short life, Melissa was a renowned poet, a sought-out self-advocate, and a beloved daughter, sister, and friend. Melissa passed away at the age of 20, too soon to realize her dream of attending college. Yet it has been the strength of that dream that has spurred dozens of young people with intellectual and developmental disabilities to become alumni and students in AHRC New York City’s Melissa Riggio Higher Education Program (MRHEP) at four campuses of the City University of New York.

On January 17, 2019, the ten-year anniversary of the founding of MHREP was celebrated at the Harvard Club. The event was organized by the AHRC NYC Foundation and sponsored by The Riggio Family, Barnes & Noble, Henry Schein Cares Foundation, Irwin Siegel Agency, Ropes & Gray, and other generous patrons.

Video: A Legacy of Higher Education

“We are celebrating access to inclusion in college through the MRHEP,” said Marco Damiani, CEO of AHRC NYC. “With the vision, determination, passion, and hard work of many, we are here tonight to celebrate success, inclusion, empowerment, and social justice.”

Steve Kess, Founding President of the Henry Schein Cares Foundation, was instrumental in ensuring that the world-famous Harvard Club could be used to recognize a milestone program in higher education. “We love helping health happen, we love empowering individuals to fulfill and optimize their opportunities and sense of self. As far as I’m concerned the disability community is an underserved population whose time has come for people to step up, step out, and advocate for,” he said. 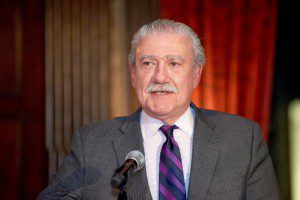 John D. Kemp is the Chairman of Project Accessible Oral Health and President/CEO of The Viscardi Center. The longtime disability advocate connected the legacy of the MRHEP to the goals laid out by the Americans with Disabilities Act (ADA), signed into law in 1990.

“Just as education, which leads to employment, is a critical part of the ADA’s vision, this is a part of AHRC’s vision, it is a part of Viscardi’s vision, and we’re really proud to see what you all are doing with regard to taking services and turning them into great programs that lead to independence and fulfillment in our lives,” Mr. Kemp said. “I believe in the promise of the ADA. It promised me an equal opportunity, full participation, independent living, and economic independence. Those were the four promises and this is what’s being done right here, right now.”

“From the moment Melissa was born, we were determined to give her every opportunity to live a rich and rewarding life,” said Steve Riggio, Melissa’s father. “Melissa attended regular classes throughout her life and she proudly grabbed that high school diploma during her graduation; it’s one of the most indelible moments of my life.”

Steve and his wife Laura supported the development of the MRHEP under the guidance of Michael Goldfarb, AHRC NYC’s former Executive Director, and Carole Gothelf, Director of Individualized Supports, shortly after Melissa passed away. In his speech at the Harvard Club, Steve thanked Michael and Carole for their vision and dedication and also thanked other staff members who have been deeply involved in the expansion and success of the MRHEP over the past decade. They included:

“Here we are, ten years later at this extraordinary event which I never would have foreseen the day Melissa was born,” Steve said. “The people that are the frontlines of this program have to be acknowledged for the hard work they do every day. I think all of the scholars here tonight deserve a round of applause. And finally, I would like to thank Melissa.”

Thank you to all of the students, mentors, professors, college staff, and AHRC NYC professionals who have made the Melissa Riggio Higher Education Program an extraordinary success story for the past ten years! 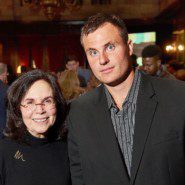 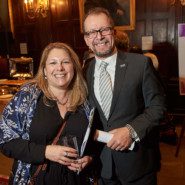 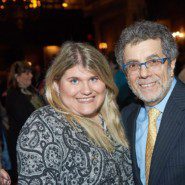 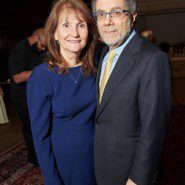