Frank Kule didn’t believe it. Cylas Sanders, a student who had just entered AHRC New York City’s Middle High School in Brooklyn, said he had written a book. Cylas told Frank it was on Amazon.

Frank, AHRC NYC’s Transition Coordinator at the school, searched on Google and there it was: “A Day in the Life of Cylas: When the Coronavirus Came to Town,” by Cylas Aidan Sanders (Author, Illustrator). “It’s the most amazing thing,” Frank says.

Cylas is a 12-year-old Bushwick boy living with autism. He has been drawing “for a long time,” he says. Drawing is something his mother Susann Sanders instilled in all four of her children. She refers to Cylas as “a man of small and not many words.” He did not use words to communicate for a few years, but his language skills are improving. He’s more at ease expressing himself through drawing.

Camille Dioguardi, Cylas’ teacher, was impressed with his drawing skills. But she didn’t learn about Cylas’ accomplishment until a class reading exercise. Students were breaking down a book, identifying the author and the job of an author. “Cylas said, ‘I’m an author,’” she recalls. “I said, ‘You are? That’s beautiful. What do you like to write?’ He said, ‘My book.’”

More than a year ago, at the onset of the pandemic, Cylas began working on his book, without realizing it. He drew his favorite things: tall buildings, him on his scooter, a portrait of him and his mother, pancakes, a giraffe and many more. When a friend of Susann’s saw his drawings, she suggested Cylas write his thoughts about each one.

“He’s very proud of his accomplishments, especially his book,” Camille says. “It’s something very special and very important to him.”

Denise Polanco-Nieves, Principal at AHRC NYC’s Brooklyn Blue Feather Elementary, was not surprised by her graduate’s success. She recalls Cylas as a great storyteller. “I believed he had it in him,” she says.

With the love and support of his parents, who are divorced, Cylas is thriving. He’s already working on his second book about his blended family. “With the support of a loving family, anything is possible,” Polanco-Nieves said.

Outside of school, Cylas enjoys riding his scooter, and making videos on his iPad, which Susann has replaced several times. He also loves pizza. “He has so many special gifts,” Camille adds. “He’s very respectful, kind and compassionate. He’s also a cheerleader for everyone in his class.”

“I want to see how far he can go,” Susann says. “There’s so much he can do. Autism has nothing to do with intelligence, as long as he’s taught appropriately for him to learn.”

Christopher Uccellini, Principal at AHRC NYC’s Middle High School, shares the pride in Cylas’ accomplishments. “Cylas represents all that we strive for at the MHS,” he says. “His growth is another example of how the sky is the limit.” 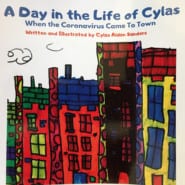 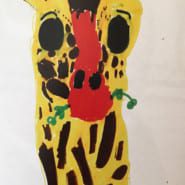 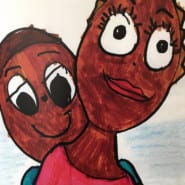 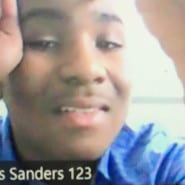