On Friday, November 17, 2017, AHRC New York City’s Employment & Business Services, (EBS,) department held a special celebration of success for an employee who goes above and beyond every day. David Jackson, a Worker for Hudson River Services, received the 2017 William B. Joslin Outstanding Performance Award, an honor awarded annually by New York State Industries for the Disabled, (NYSID,) recognizing individuals throughout New York State who work through NYSID contracts with various member agencies. David received an award certificate, letters of congratulations from NYSID officials, and a check for $500. David’s co-workers, his Job Coach, HindouKane, and Darwin Deleon-Marquez, Operations Manager, attended the event to celebrate David’s success. Jim Ring of NYSID and Edwin Zitovsky of EBS senior management were also in attendance. 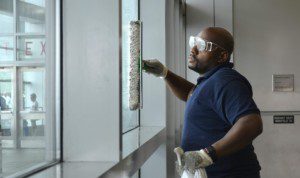 David’s story is truly inspiring. He started his journey as part of AHRC NYC’s Day Services, pre-vocation and supported employment, programs, working at Stop & Shop for many years. David later started working for Hudson River Services, cleaning various AHRC NYC facilities, and was eventually promoted to work as a Porter at the Staten Island Ferry, where he has worked for five years. David is an excellent employee whose determination and dedication to his work bring praise and compliments from customers regularly. He is always ready to work extra hours or work the night shift. He truly enjoys the work, and he hopes to one day work directly for the City of New York.

Both David and his sister were diagnosed with disabilities as children. His mother was only 16 when David was born, and his father was absent, which presented additional challenges. Much of David’s adult life was spent in a workshop, where he had limited exposure to competitive employment. For years he yearned to secure employment, and when David began to participate in AHRC NYC’s Supported Employment program, he flourished, earning his own paycheck and finding new confidence that results from a job well done. 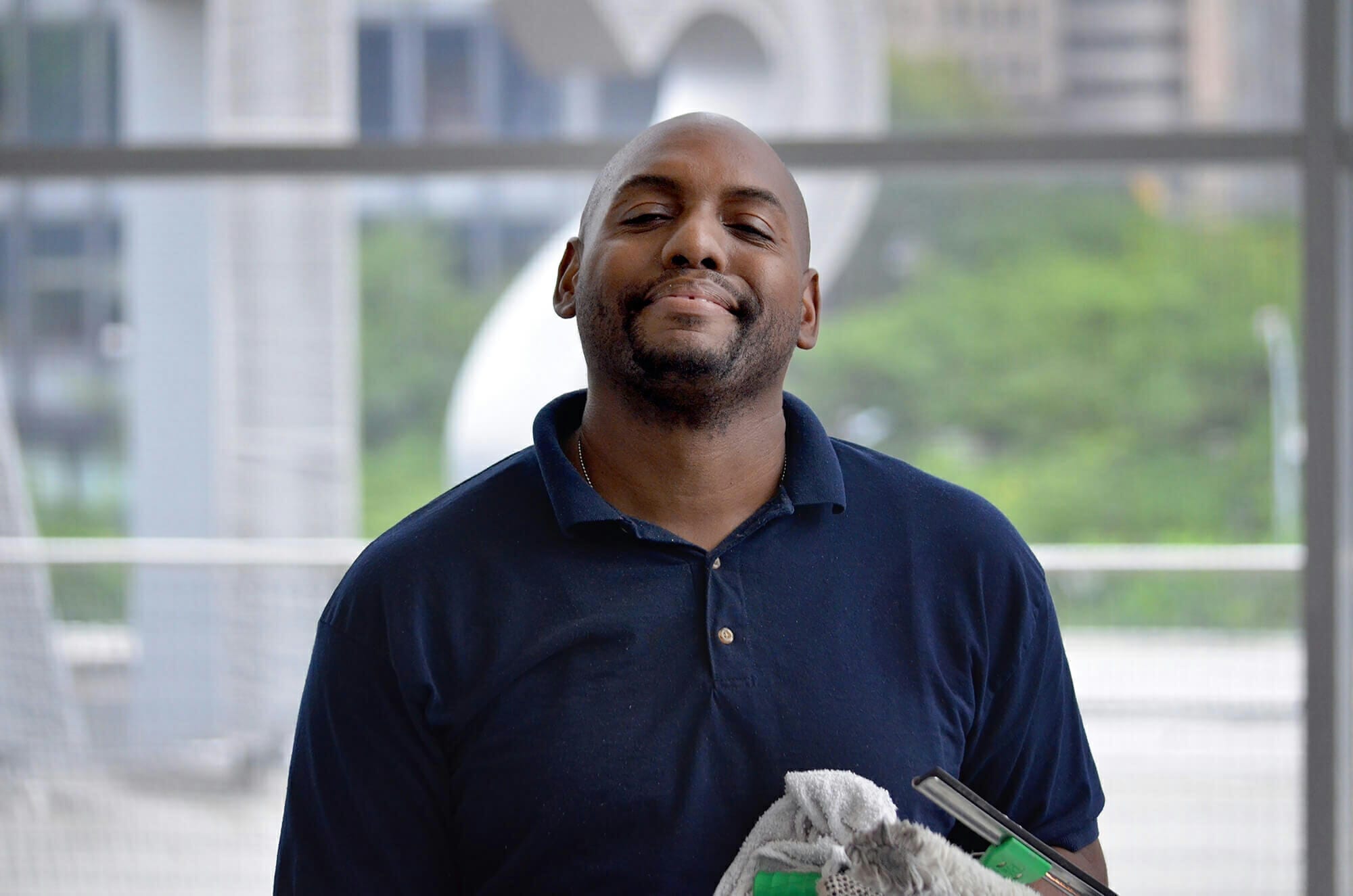 “Do the right thing, show up, and follow the rules,” advised David as he spoke to attendees of the award ceremony. “If I didn’t have this job, I’d still be working at the grocery store and making minimum wage. I wanted to thank AHRC NYC for everything they did for me, especially my job coach, Hindou and my boss, Darwin.”