Shai Agai was fulfilling a fantasy. “My dream has been come to visit the United States of America,” the young man said. “I’ve seen a lot of Hollywood movies and it makes me want to come here. I like the big action movies with Arnold Schwarzenegger, Sylvester Stallone, and Tom Cruise.” In anticipation of one day achieving his travel goal, Shai practiced the U.S.’s primary language by writing out vocabulary words ten times in both English and his native Hebrew in a personal notebook.

Shai is from Jerusalem and did not know if he would ever get the opportunity to visit America. However, Shai’s dream has come true through a trip he took with Shekel, a service provider for people with intellectual and developmental disabilities in Israel. “We went to Canada and Niagara Falls and then came to New York. I want to stay here two more weeks!” he said.

On Tuesday, September 3, people supported and staff members at Joseph T. Weingold Day Center in Elmhurst, Queens, said “Shalom!” to Shai and more of their peers from Shekel. This visit was coordinated through Bonnie Astor, an Art Consultant at Weingold Center, who has fostered a relationship with the organization over the past few months.

“A friend of mine, Lois Stavsky, visits Israel several times a year, and on one of her visits she just happened upon Shekel,” Bonnie explained. “We went over there together and did three different art workshops with them,” Bonnie said she was impressed by the level of inclusion and government support for people with I/DD she saw in Israel, adding that nearly all of the people she worked with at Shekel had day jobs, including some with the Israeli Defense Forces. “I told Shekel ‘Now that I’m finished with this experience I’d love our people here to stay in touch,’” she said. 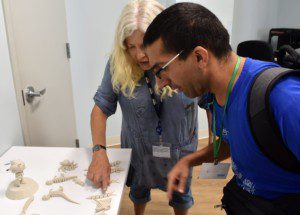 Bonnie and people receiving support at Weingold have been conducting WhatsApp/Skype conferences with Shekel members for several months. “When we found out they would be coming to New York City, we told them that we’d love to have them visit AHRC NYC at Weingold,” Bonnie said.

The Weingold Center planned an exciting day for their Israeli guests. “We have a program for you that includes art, music, and dance. However you dance, however you do art, we want everyone to participate,” Bonnie said. Michael Kaplan, Director of the Weingold Center, said he was thrilled to collaborate with Shekel and recounted an educational trip he had taken in Be’er Sheva, a desert city in southern Israel.

On the Weingold Center’s fifth floor, Jasper Lewis, Art Consultant, and musician Jonathan Negron invited anybody who wanted to sing to join them in a series of musical performances. Shannon Healey, a Dance Specialist, encouraged people to move their bodies to the music, especially as a person from Shekel hopped on the keyboard to play traditional Jewish songs such as “Hava Nagila” and “Havenu Shalom Aleichem.” 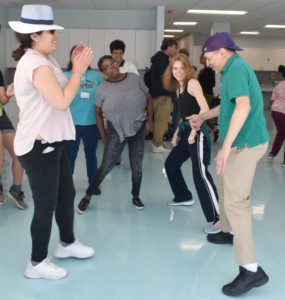 To close out the day, staff and people supported by Shekel and Joseph T. Weingold Day Center held a huge dance party.

Back on the first-floor art center, Bonnie worked with people to create custom copper etchings, using a hamsa hand she drew as a reference point. She also pointed people in the direction of the digital art center, where Danny Groner was fascinated by a 3D printer. “It’s really exciting for me to see something like this here,” Danny said, explaining that the company he works for in Israel uses 3D printers to produce stents for medical applications. “I’m interested in how the printers are used industrially.”

Danny was excited to be joining his peers on a trip to North America. “We’ve been here for ten days,” he said. “We flew into Toronto and spent a few days there. We were all over New York and Manhattan, literally everywhere. We went to Rockefeller Center and Central Park, which I have to say is very big.” Unlike some of his colleagues, Danny was already familiar with the language and customs of the U.S. “My mom is from Omaha, Nebraska. I don’t have American citizenship but so much about me is American.”

For Shani Aroch, a staff member at Shekel, seeing people like Danny and Shai enjoying their trip was fulfilling. “They are really enjoying the trip. It’s a dream come true for a lot of them, especially to come to New York City,” Shani said. “Every time we went in the street they were saying ‘We can’t believe we are in New York.’” 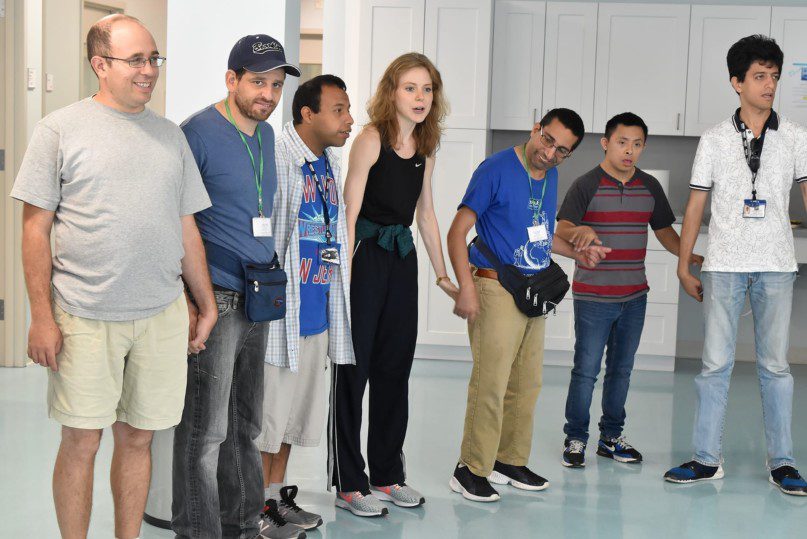 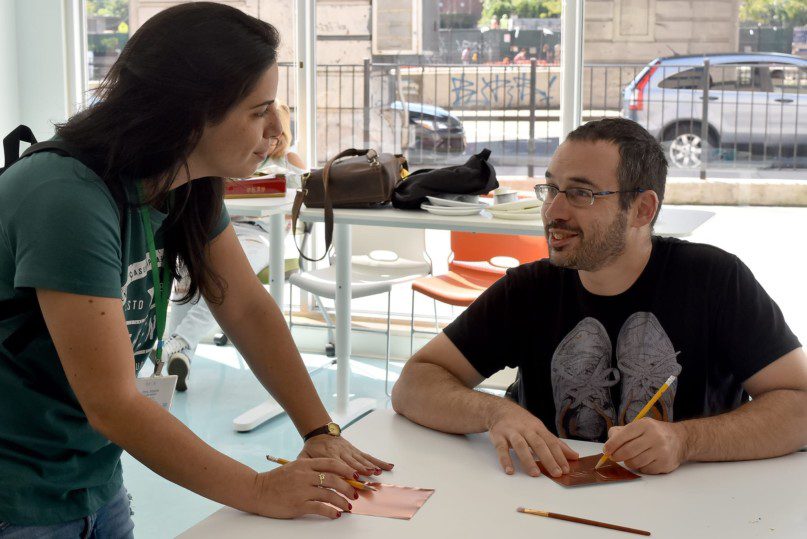