On July 20, 2018, graduates of AHRC New York City’s Melissa Riggio Higher Education Program at the College of Staten Island and Kingsborough Community College participated in the first-ever Graduate Retreat. The graduates met up at the Javits Center to depart for a weekend trip to Philadelphia.  The trip was made possible as a result of collaboration between the Riggio Programs and AHRC New York City’s Camping and Recreational Services.

Arriving in Philadephia on a Friday evening, the participants settled in and prepared for a full itinerary of activities before enjoying an outdoor screening of Star Wars: The Last Jedi, which took place next to the historic City Hall.

The City of Brotherly Love welcomed the graduates with numerous historic sites and museums. The group toured the National Constitution Center, where they learned about how the Constitution was created and its impact on American history. Next, they visited the Liberty Bell, Federal Hall, and the Museum of the American Revolution. The group was also sure to touch upon the cultural side of Philadelphia, visiting tranquil Love Sign Park, the steps and a statue from the movie, Rocky, and the mysterious Magic Garden. The Magic Garden was especially remembered by graduate Alissa Lontoc, who used the eclectic set to pose for photos using her Polaroid camera.

“We all had so much fun going to the Rocky steps, but none more than [graduate] Andrew Kader,” Laura Ochoa Agudelo said. “He was really excited to take pictures with the Rocky statue. As we were walking he kept preparing himself to run up the steps as Rocky did in the movie.” 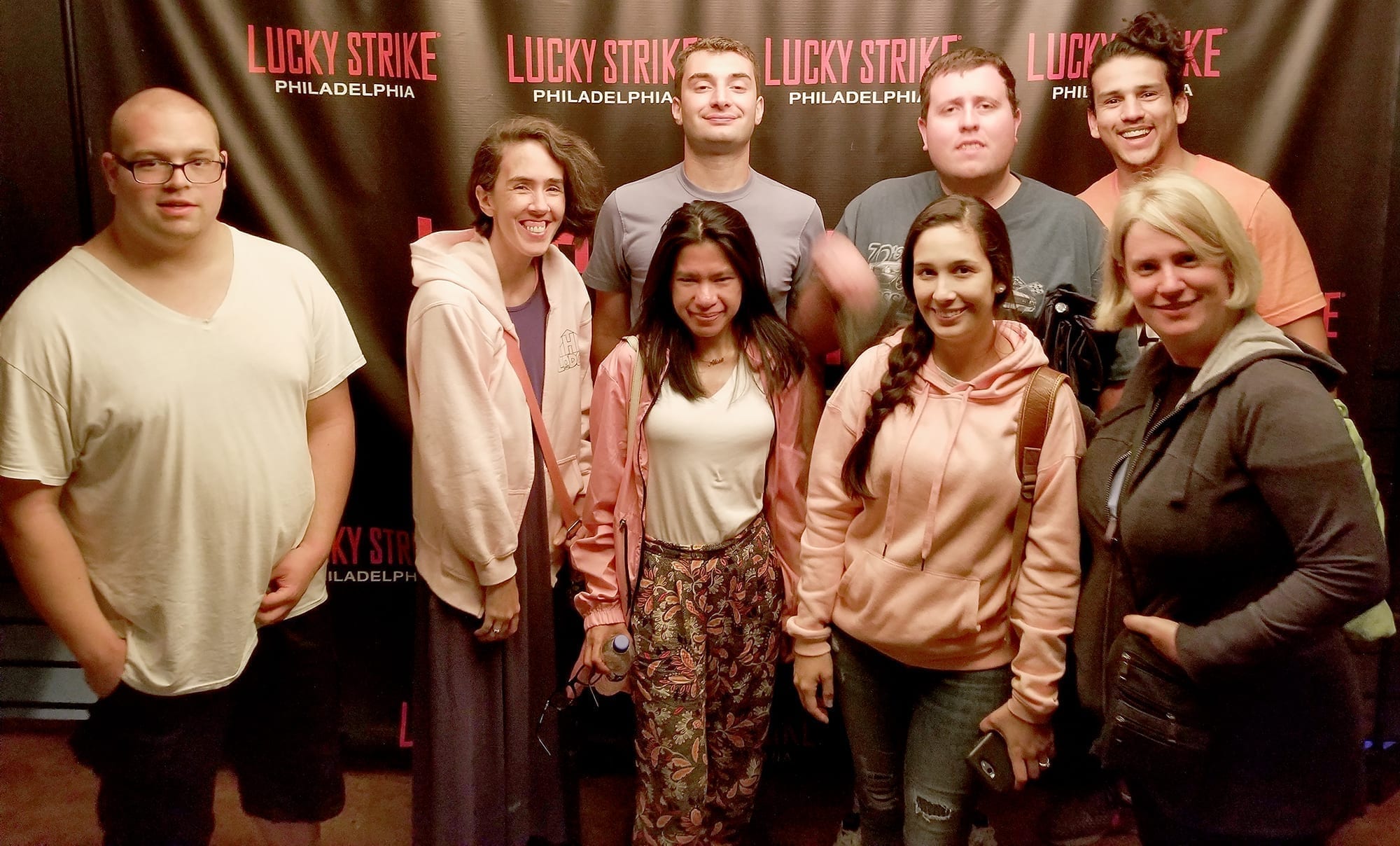 Melissa Riggio grads at a bowling alley, posing for a photo during their trip to Philadelphia

The graduates enjoyed the nightlife by playing a competitive yet supportive game of bowling. The venue was also filled with people playing ping pong, pool, Jenga, and Connect Four.

“It was fantastic. I loved every moment of it,” said Alicia Melendez. “Only one thing – I want my friends that did not graduate yet to have the same experience.”

“It was definitely something to be remembered by those who enjoyed the experience,” Esteban Gonzalez said. “I feel that the agency will always benefit from more events like this in the future.”