AHRC New York City’s CEO, Marco Damiani, has continued his series of breakfast meetings with staff members, now in a virtual format. In the September 1st edition of the meeting, Marco reiterated key initiatives the agency is undertaking and provided updates on AHRC NYC’s financial status and programs.

Employees had the opportunity to interact directly with Marco following his presentation. They expanded on what they expected from Marco and other leaders at AHRC NYC as well as express their feelings on the issues that were most important to them:

Esteban Gonzalez, Community Support Supervisor, Day Hab Without Walls, wanted to ensure that AHRC NYC still has the health and well-being of its workforce at the forefront of all conversations. “The safety of staff is a big concern of mine so I felt like it was the opportune time to bring it up,” he said. “I’ve seen my staff work really hard when they know that the agency is keeping them in mind when we speak in terms of safety. However, I’ve also heard some grievances come about as the months have passed. Our expectations [of leadership] are that you keep us safe and keep our health in mind so that we can continue to work hard.”

Following the meeting, Esteban offered feedback on his experience speaking with AHRC NYC’s CEO. “I really appreciated Marco’s response because he not only addressed the measures that were taken earlier in the year, but he also spoke about the future and the measures being taken to keep us safe. Overall I found the meeting extremely beneficial. It re-aligned my sense of unity in the agency and it also brought me to question myself and the contributions I bring to work. I look forward to hearing more about the other meetings, this meeting, and the meetings of the future.”

Jessica Whardal, Academic Coordinator, Advance & Earn Program with Staten Island EBS, feels that more can be done to encourage comradery among staff members, especially among those who work in different boroughs and departments. “When I was in college I worked as an RA (Resident Assistant). Before each semester we had a training week where we went over policy and procedure,” she said. “However we also had bonding exercises and games which filled the bulk of the time, many of which required us to work together and build trust in each other which proved very useful during difficult situations. We also competed against other buildings RA’s in a friendly manner. I imagine something similar could be done both on a Borough level AND on general departments throughout NYC. It wouldn’t have to be a weeklong but having events like this with friendly competitions and collaboration went a long way in helping my RA staff rely on and trust each other.” (It was also a lot of FUN which as Marco explained today has a higher rate of effecting positive change and growth.)

“Management should take a leadership role in fostering events like these and good relations between staff,” added Jessica. “In many jobs where I have worked, once staff is promoted to management they lose touch with previous coworkers to a degree, and when a manger is a manager for a long time they sometimes lose sight of what it was like to start out. These rifts can grow and potentially cause a “them (management) vs us (DSP or other staff)” feeling among staff.”

“It was wonderful to be included in this meeting and to have a chance to see so many of my fellow AHRC staff,” said Jessica after the meeting had concluded. “I have never worked for a company like AHRC. I have always felt part of the bigger plan and more importantly like I am an important piece in crafting lasting solutions while working here.”

Damilola Banwo, Staten Island EBS, spoke passionately about her belief that AHRC NYC employees should always be going the extra mile in their work. “It was such a huge privilege to listen to the CEO discuss the way forward for the organization, as well as bearing in mind the safety and growth of every member of staff and I do not take it for granted. Being in a field like ours, constant appraisal of our inputs, projections, strengths, commitment and the satisfaction of the people we support mustn’t be overlooked, especially at such unprecedented times as we are now, where we all as a family and even as individuals are still grappling with the changes imposed on our world as a result of the global pandemic. This kind of meeting helps us further shape our perspectives and remind us that we are indeed giving our services to humanity and not just a selected few.”

“As members of staff and service providers of such a reputable organization as ours,” she added, “it is expedient we give our best in whatever capacity we are able to, regardless of our roles, color, but rather in honesty, dedication and service to ensure that adequate support is continually given to the people we support. We give ourselves to growth by continuously improving on ourselves both personally and professionally.  In Mr. Marco’s words, we strive to be a better version of ourselves.” 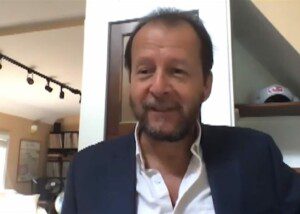 Mornings with Marco Returns at a Critical Time 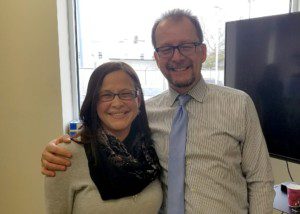