AHRC New York City’s school, Howard Haber Early Learning Center, in Bronx, NY, received its name in 1994. Howard Haber, (also know as Howie,) was the son of Kathe and Sidney Haber, was born in1960. Born with Down’s Syndrome and also a cardiac condition, Howard faced physical challenges, but his family advocated on his behalf. In the 1960s, Kathe Haber began her work of finding an appropriate preschool placement for Howie, so he could benefit from early intervention. She also worked with the Board of Education to ensure that proper programming was available for her son, and for other children with multiple disabilities.

“Howard was a very happy, loving young man, who loved to read comics and watch wrestling on TV,” says Carol Cohen, Howard’s sister.  “He was a pioneer himself. The love and acceptance our family had, made Howie our ambassador.”  In Carol’s younger years, she spoke at AHRC Chapter meetings, in regard to what it is like to be a sibling of a person with disabilities.  Today, she is a member of AHRC NYC and works as a special education teacher in Westchester, NY.

As Howie grew older, his cardiac condition necessitated a school placement that would meet his physical needs, ( a school with elevators,) so Kathe once again advocated on his behalf. Kathe Haber served on the AHRC New York City Board, as well as various AHRC NYC committees, including the Guardianship Committee, and a committee created to help AHRC NYC group homes to be approved throughout the city. Kathe was a pioneer in obtaining services for Howard, and an active member of the AHRC New York City Board for more than 30 years, even after Howard passed away in 1986. 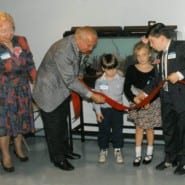 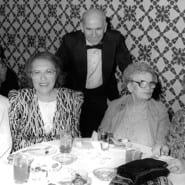 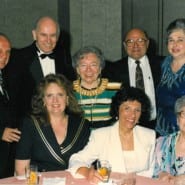 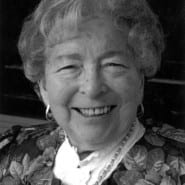