On Tuesdsay, March 29, 2016 Pace University hosted its Fourth Annual Celebration of Individuals with Disabilties in Film Marathon, concluding with a panel discussion and a screening of seven of the best films from the festival. Held in conjunction with the ReelAbilities New York Disabilities Film Festival and AHRC New York City (a longtime community partner of Pace), the narrative and documentary films viewed during the event showcased the daily lives, struggles, and triumphs of people with disabilities. The event was organized and chaired by James Lawler, DPS, Professor of Information Technology at Pace’s Seidenberg School of Computer Science and Information Systems.

Participating in the discussion were Panelists, Anita Altman, Founder of the ReelAbilities Film Festival; Kathy Broderick, Associate Executive Director, AHRC NYC; Victor Calise, Commissioner, Mayor’s Office for People with Disabilities; Allan B. Goldstein, Senior Lecturer, NYU Tandon School of Engineering and a sibling of a person with a disabitlity; Maria Hodermarska, Teacher, New York University and a parent of two people on the autism spectrum; and Dr. Marilyn Jaffe-Ruiz, Professor Emerita at Pace University, the AHRC NYC Board of Directors‘ Second Vice President, and a sibling of a person with a disability.

Dr. Jonathan Hill, Interim Dean of the Seidenberg School, started off the evening by saying that society has only reached “the tip of the iceberg in a really powerful movement” in its showcasing creative people with disabilities. “I have seen how a computer screen becomes an equal playing field,” said Dr. Hill. “A film screen can be no different than a computer screen.”

The panel began with a discussion of the recent controversy about the lack of diversity at this year’s Oscars ceremony in the context of how people with disabilities are portrayed in film. All the panelists agreed that the debate completely excluded the disabled community, especially disappointing in the words of Victor Calise because “the ‘D’ in ‘diversity’ stands for disability.”

Marilyn Jaffe-Ruiz commented that films never discuss sexuality as it relates to people with disabilities and that we must focus “not only on the frequency, but also that they are portrayed with full humanity.”

Allan Goldstein said “It is up to typical people to provide a platform.”

Seven short films were screened for the audience:

> Bumblebees – A teen with multiple disabilities approaches his greatest challenge yet: dating.
> Glimpse of Heaven – A day in the life of a blind man whose activities remind him of a past love.
> Jesse – Two siblings find their own ways to weigh grief and the challenges of autism.
> I Don’t Care – The perspective of a pregnant woman is challenged when she meets a person with Down Syndrome.
> Birthday – A couple adjusts to life after a tragic military incident.
> Welcome to the Last Bookstore – Following an accident that left him paralyzed, a man opens a bookstore. (documentary)
> Perfect – A man explains his life with obsessive-compulsive disorder and Tourette’s syndrome.

Discussions Based on the Films

Passionate and insightful discussions were spurred based on the themes presented in the films.

After viewing Bumblebees Kathy Broderick said that everybody, regardless of ability, approaches dating differently and most are nervous.

After Glimpse of Heaven Allan Goldstein encouraged people to “eliminate the word ‘pity’” when helping people with disabilities and stressed that they only have different needs.

Among the other topics discussed were the notion of stigma for family members of people with disabilities, especially in public; the difficulties parents face when confronted with news that their child is disabled; and the definitions of “perfect” and “typical.” 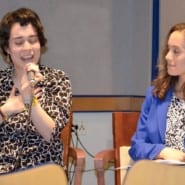 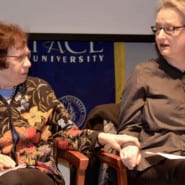 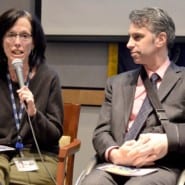 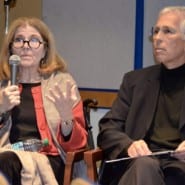 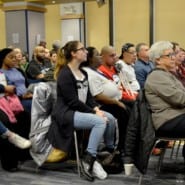