Hindou Kane, Job Coach, AHRC New York City, sat with Hudson River Services worker, David Jackson as he reviewed the paperwork. In a damp and dimly-lit room on the east end of the St. George ferry terminal, Hindou guided David through the document, ensuring that he completed the appropriate information in each section. As always, David was appreciative of the guidance Hindou provides.

“[Hindou] helps me improve my works skills and makes sure that I do my job correctly,” David said. “She showed me how to take my gloves off properly and everything. I’ve gotten better since she’s become my job coach.”

At AHRC NYC’s Employment and Businesses Services, Job Coaches like Hindou help workers with disabilities maintain and excel at their work. Based in Staten Island, Hindou mainly coaches Hudson River Services, (HRS) workers at the ferry terminal but also has experience working in over 20 different job sites, including retail settings such as Kmart or Target.

“A lot of the workers need reminders or verbal prompts for their work,” Hindou said, standing outside a men’s restroom as Joseph Giunta, an HRS Worker, began to clean it.  “For example, I can tell you that Joseph likes to socialize. So I tell him ‘You can say “Hi” to someone but you have to keep moving and working.’” 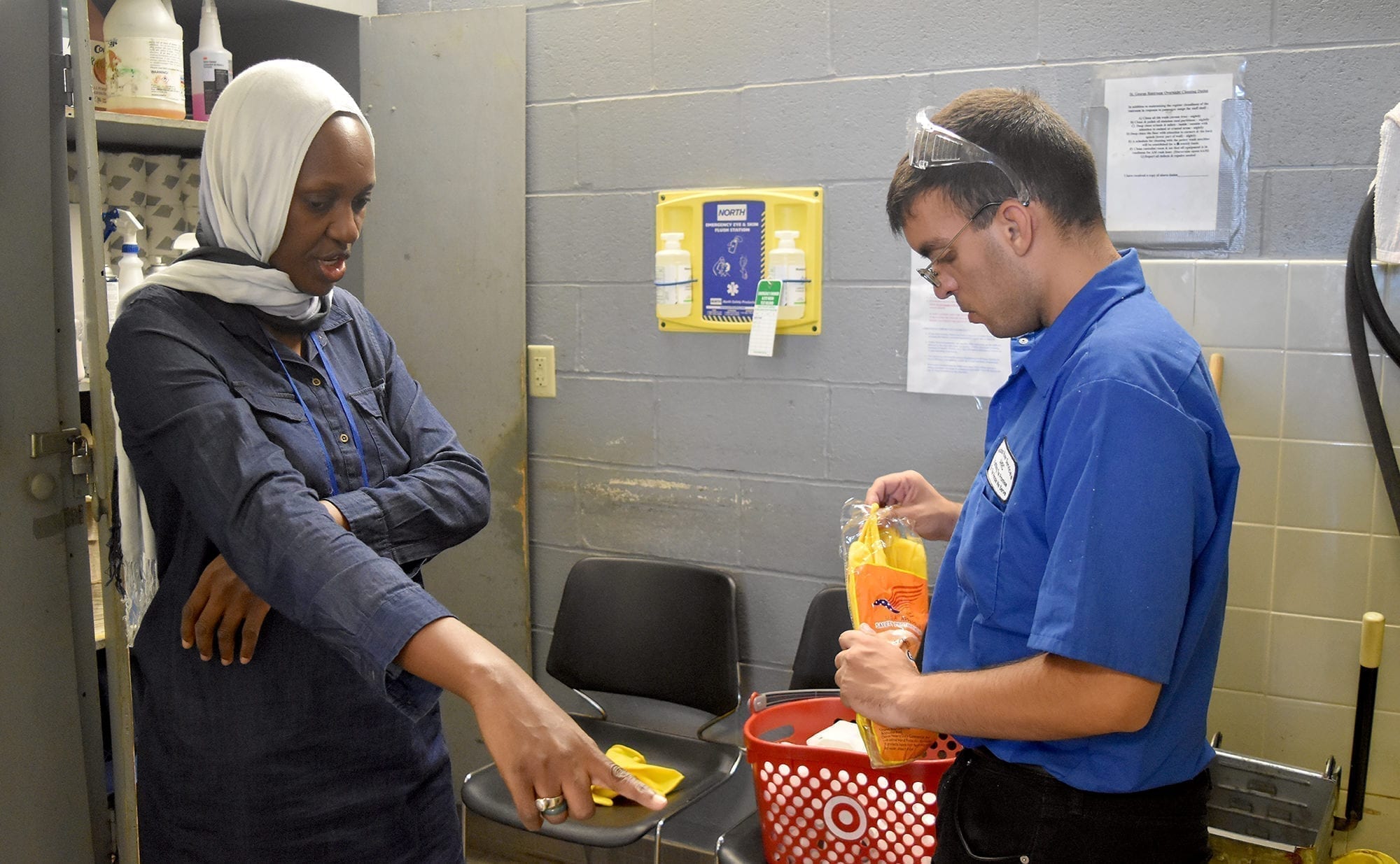 Hindou focuses on the key aspects of being an effective employee: safety, punctuality, and focus. “Some of the workers will come late without calling ahead, and I tell them that is not acceptable,” she said. “Safety is also very important. Today, I told Joseph that he must use the heavy-duty safety glasses when he’s cleaning the restrooms.”

A native of Mauritania, Hindou has a friend from her home country who also works at AHRC NYC. She was inspired to work in this field because she has a niece who has a disability. “The services for her [in Mauritania] are nothing like what it is here. It’s very, very poor.”

Hindou’s transition to the United States has been made easier by the support she has received from her peers and supervisors at EBS-Staten Island. “I really like it here,” she said. “They are hard workers here in Staten Island, and I just like working with them. They recognize your job, and they recognize what you’re doing.”

Working toward the goal of becoming a supervisor, Hindou continues to inspire employees like David and Joseph to strive toward being the best versions of their working selves.

“I love this job because I’m helping them have an opportunity out and get a different life,” she said. “You become no different than anybody else with a job. They like to work. And at the ferry, we have a wonderful crew.”