For 44 years, Jim Murphy, a past President of the New York City Chapter of AHRC, held various Board Officer positions and served on and chaired several Board Committees.  He always seemed to be able to find common ground and bring people together to move forward in a positive direction.  At NYSARC Inc., Jim was a member of the Board of Governors for several years and a member of NYSARC’s Legal Committee.  He was a parent advocate who spoke from the heart as only a parent can.  But he also spoke with reason and logic, and as a gentleman was able to influence politicians and professionals in the field of developmental and intellectual disabilities, making him a figure that was well respected by Governors, legislators, and government officials.  In addition to his involvement with AHRC New York City, Jim was a retired Executive Vice President and Director of Public Policy of Fleet Financial Group. From 1980 to 1997 he was Chairman of the Board of Trustees of the City University of New York, Vice President of the American Irish Historical Society, and Chairman of the advisory board of the CUNY Institute for Irish-American Studies at Lehman College. He served on the Board of Trustees of Mount Sinai Medical School and LaSalle Academy in Manhattan. 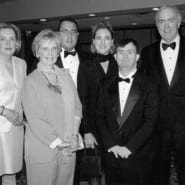 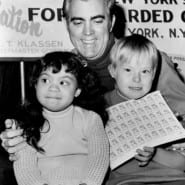 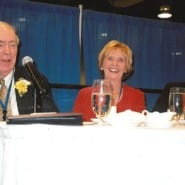 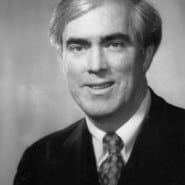