This summer, hundreds of people with developmental disabilities enjoyed a variety of fun activities and leisure at AHRC NYC’s Camp Anne. Below are a few of their stories:

This summer, Mariamina Castroverde attended AHRC New York City’s Camp Anne as she has for many years. Mariamina, Mina for short, lives in the AHRC NYC residence, 58th Street IRA in Elmhurst, and is supported through programs offered at AHRC NYC’s Cyril Weinberg Day Services. Mina is generally a quiet person but loves to participate in any activity that she is presented with. At Camp Anne she had the opportunity to make a close bond with her Camp Counselor, Paulina, who assisted Mina in meeting new friends during the summer.

“Mina enjoys going in the pool, riding, and going for walks. Mina will participate in almost anything,” says Genli Marte, Residential Manager. Mina enjoys playing bingo with her housemates but also loves having time to herself at home. Paulina assisted Mina in meeting new friends during the summer. 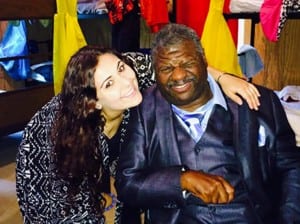 Gary Grant took a vacation from his AHRC NYC residence in early July, to visit Camp Anne.  As is the case with the other campers, Gary enjoyed his time at the lake, the pool, and the stables, but Gary also became close with a counselor who noticed that Gary loved taking pictures using an iPad. Together, they explored the camp, taking pictures of themselves and their friends.

Gary’s love of photography is evident in the photo album he has created at home, which is filled with pictures of his closest friends and family.  Gary frequently flips through the pages of the album, revisiting memories of friends and family.  His visit to Camp Anne helped Gary and his loved ones to realize that he can pursue photography more seriously, developing new skills and continuing to preserve his memories. 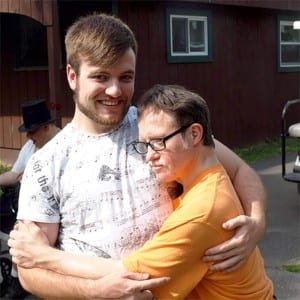 Eddie MacKnight enjoys spending his time at his home, AHRC NYC’s Jacobs IRA, and working with the staff, who describe Eddie as being a truly pleasant person with good humor. This summer, while visiting Camp Anne, Eddie made new friends, especially his cabin-mates and his Camp Counselor.

Inspired by his surroundings, Eddie took advantage of some of the activities provided by the camp, including watercolor painting.  Eddie painted a picture of a house, adorning it with glitter and crayon. We congratulate Eddie for making new friends and showing his creativity at Camp Anne. 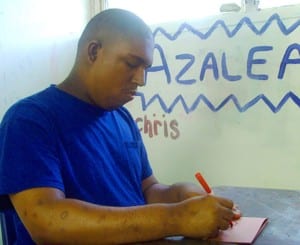 Creating artwork is a relaxing activity for Anthony Goodwin, who fashioned a variety of images during his visit to Camp Anne. Anthony, who lives at the residence, Glen Oaks IRA, enjoyed peaceful silence while creating Valentine’s Day cards and drawings of the AHRC NYC staff who support him. When completing each drawing, Anthony turns over the page to sign his artwork. 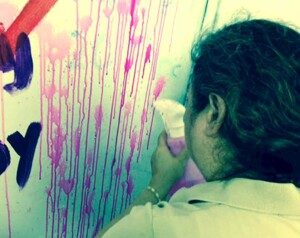 Cynthia is generally quiet, only speaking up when she feels she has something to add to a conversation, but she has a clear sense of what she loves to do: jigsaw puzzles and creating artwork. While attending Camp Anne this summer, she discovered new forms of creative expression.

Before this experience, Cynthia had been drawing with markers, but at camp, she experimented with various paint mediums and even sculpted with clay. She also enjoyed other activities Camp Anne offers, including swimming in the pool and riding horses, which she compared to dancing. Cynthia treasures the pictures she has from camp, keeping them in her room as a reminder of a summer to remember and something to look forward to next summer. 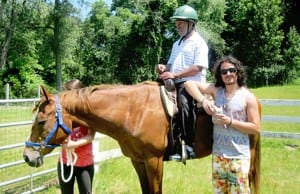 Although he might not express it in speech, when David Anderson loves something, he makes it very clear to everyone around him. This summer at Camp Anne, David formed an undeniable bond with the horses and other animals, (chickens, rabbits, alpacas,) that live on the grounds of the camp. Upon meeting the horse, David was immediately comfortable, and he learned to pat and ride the horse. He also fed the chickens and rabbits and particularly loved watching the chickens run around the coop. David was able to learn about the different types of chickens by associating pictures with the appropriate breed name. David’s counselors loved getting to know him this summer and were excited to foster his passion for animals.