Mark Twain once said “Good friends, good books, and a sleepy conscience: this is the ideal life.” For people receiving services from AHRC New York City, staff, and community partners, the Next Chapter Book Club, each week is a chance to adhere to Twain’s tenets.

People from Day Services, Residential Services, and Employment and Business Services are part of eight book clubs, with at least two more coming in the near future. They meet all over the city, including Barnes & Noble stores in Union Square and downtown Brooklyn and several public libraries. 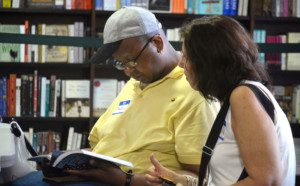 Karen Zuckerman, Director of Community Partner Engagement, AHRC NYC, first heard about Next Chapter Book Club in April 2016. The program was founded in 2002 by Dr. Thomas Fish at Ohio State University with the “intention…to launch and support a handful of clubs in and around Central Ohio that offered a fun way for individuals with intellectual and developmental disabilities to actively participate in their communities.”

Primarily through social media, the clubs branched out of their home state and moved all across the country. Karen attended a training session at Ohio State in late April 2016 and AHRC NYC’s first book clubs started the next month.

“I’m very excited about having the book clubs,” Karen said. “It opens up a door to many new opportunities to learn about the world. It takes the people we support out of their comfort zone and into new experiences that they can share with their peers.”

This chapter was about a man who rescued a dog from an animal shelter, only to tragically see the dog get hit by a car and run away. Thankfully, he was able to find the dog, which he named Freedom, and get her proper medical care. As the group read the story together, Susan and Laurie interjected with notes about vocabulary, describing different types of dog breeds, and asking about everyone’s experiences with their own pets.

Coming Together in Central Park

Two weeks later, this club and many others gathered at the North Meadow Recreation Center in Central Park for a group discussion and pizza party. The clubs had read a wide variety of books, including Treasure Island, selections from The Chronicles of Narnia, and a book about baseball. 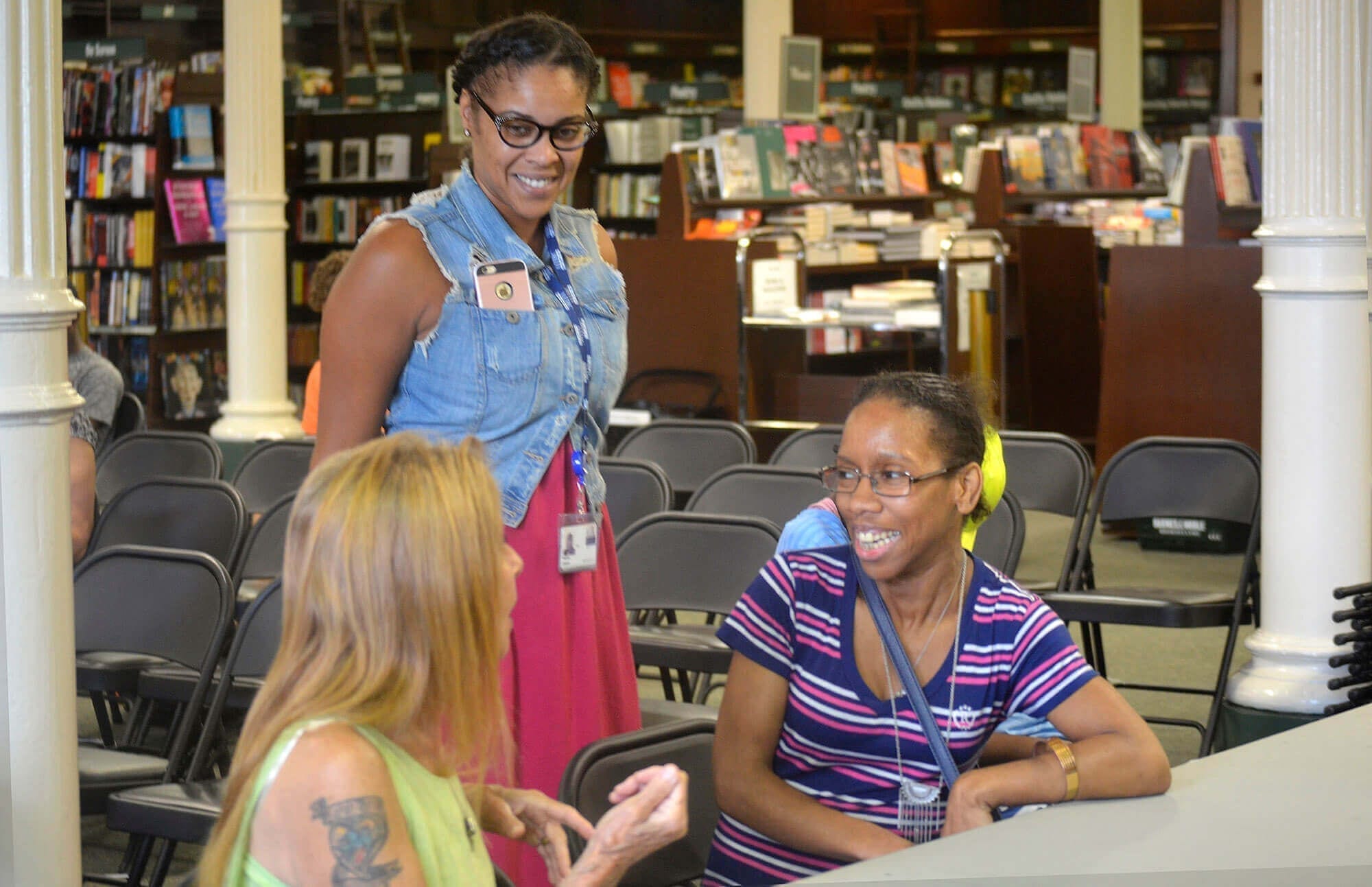 Some people made presentations about the books they read. Many groups created custom bookmarks using yarn, plastic holders, and construction paper. And nearly everyone enjoyed pizza and cake afterward.

“I’ve been with this club about five or six weeks,” Susan said. “I worked in social services for 27 years. This is exactly what I love to do.” 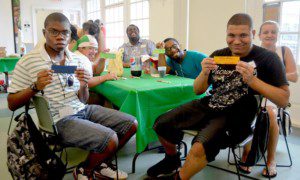 “I started sporadically a few months ago,” Laurie said. “It’s such a magnificent experience. I think of them as friends. They’re really nice people. I’m always reminded everywhere when you’re with a group you have different personalities and interests. We learn from the people we read with. There’s genuine affection that goes all around.”

“I enjoyed reading Treasure Island,” Juan Reynoso of Manhattan EBS said. “I had a good time reading about the boats, pirates, and sailors. I liked learning that pirates were really bad guys!”

“Thank you for having this book club,” Ronald Boalds of Rockaway Parkway said to the crowd at the Central Park gathering. “And thank you all for teaching me how to read.”

Get Involved With a Book Club

If you, a person receiving services, or someone you know would like to participate as a community partner or join one of AHRC NYC’s book clubs, contact Karen Zuckerman at Karen.Zuckerman@ahrcnyc.org.