Michael Lettman is many things—a writer, a broadcaster, an interviewer, a gamer, a web designer, and a student. He identifies as a person with autism and speaks eloquently about his internal and external experiences. Michael recently started his own YouTube channel with support from AHRC New York City staff members, and has his own blog, “Living with Autism by Michael Lettman.” Additionally, he is a regular reporter with AHRC NYC TV News. Michael is currently attending the Melissa Riggio Higher Education Program at Kingsborough Community College.

Michael spoke with AHRC New York City about his blog, his life, and his goals.

Where does your interest in journalism and interviewing come from? 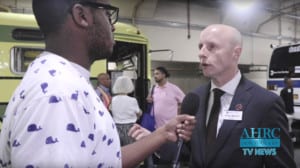 Michael: When I first started my blog website, I started to enjoy typing blog posts and the activity of typing up details or information on a website can feel good. When I started my project with a former teacher, Ms. Heather Lifland from P373K, she interviewed me with excellent topic questions for me to answer from my own perspective. Staff from the AHRC community program that I was attending suggested that I should start interviewing others from the disability community and after my first interview with a guest, I really enjoyed it, which made me wanna be a good interviewer for many more interviewees.

Who are some of your influences, both in-person and people you have read or watched, that have helped you formulate your journalistic style?

In short, others that I’ve known from advocating organizations like AHRC NYC, SANYS, DRNY, CUNY, and Sprout had believed in me and given me good words to keep trying my best!

When did you first begin to consciously realize that you are a person with autism?

Michael: To be honest, I’m afraid I don’t remember when I first started to realize that I had autism or even when I first learned about autism, but I do remember where: one of my former schools known as P.S. 77. I also remember speaking with my grandmother guardian about it and she explained that I’ve had High-Functioning Autism.

What do you think are the biggest misconceptions typically developing people have about people with autism?

Michael: I never liked how some people believe that others within the autistic community are not suited for many types of jobs, which led to an increase in unemployment/underemployment for many people on the autism spectrum (and other kinds of disabilities). I’ve felt like there’s been discrimination between autistics and non-autistics which sometimes leads to many bad conflicts or misjudgments, which can feel like a nightmare.

I think I’d like for the authorities to be aware of getting the facts before jumping to conclusions or misconceptions about autistic people. They may end up questioning them too much or treat their behaviors as being disrespectful, which could be awfully struggling for innocent autistics.

One of the projects you are proudest of is your personal reflection on what Pokémon means to you. Can you explain what’s behind that? 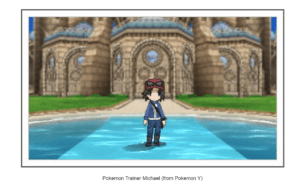 Michael: Ever since I’ve first started watching the anime in Japanese during the Diamond and Pearl series, I started to have a feeling of having fun watching battles and seeing Trainers enjoying their journeys with their Pokémon. I’ve also liked the idea of challenging a Pokémon League for the title of Champion, which sounded interesting and impressive. When I eventually discovered that Pokémon was created by someone from the autistic community, it made me happy. I now like Pokémon in my own unique way and I’m grateful that the world had been enjoying an autistic’s unique creation.

Michael: I wish for good things to happen because of my work. I would even one day like to teach something new or helpful for many innocent lives. I would like to see a world where both autistic and non-autistic communities can be in great happiness together with their lives. I also would like to achieve good results with anybody who won’t mind working alongside me like trustworthy partners and I’d be happy to let them take the credit they deserve for what good results they might create with their part within my project. I want to accept other kinds of opportunities to advocate so I would increase the chances for the disability community to get all the help that they’ll need in their lives. 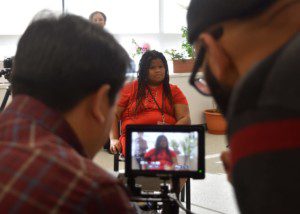 On the Air with AHRC NYC TV News 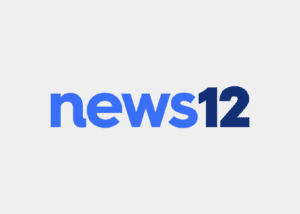 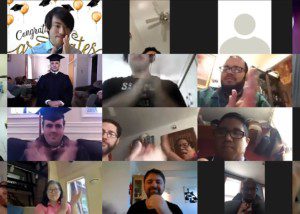