AHRC New York City’s Next Chapter Book Clubs were entranced with a sense of wonder through their reading selections this summer. On Friday, August 10, 2018, readers congregated at AHRC NYC Headquarters to discuss which books they have read over the past few months, share personal accounts about how the stores impacted them, and enjoy some pizza and treats with new and old friends.

Next Chapter Book Clubs is an initiative from Karen Zuckerman, AHRC NYC’s Director of Community Partner Engagement. The program was founded in 2002 by Dr. Thomas Fish at Ohio State University with the “intention…to launch and support a handful of clubs in and around Central Ohio that offered a fun way for individuals with intellectual and developmental disabilities to actively participate in their communities.” 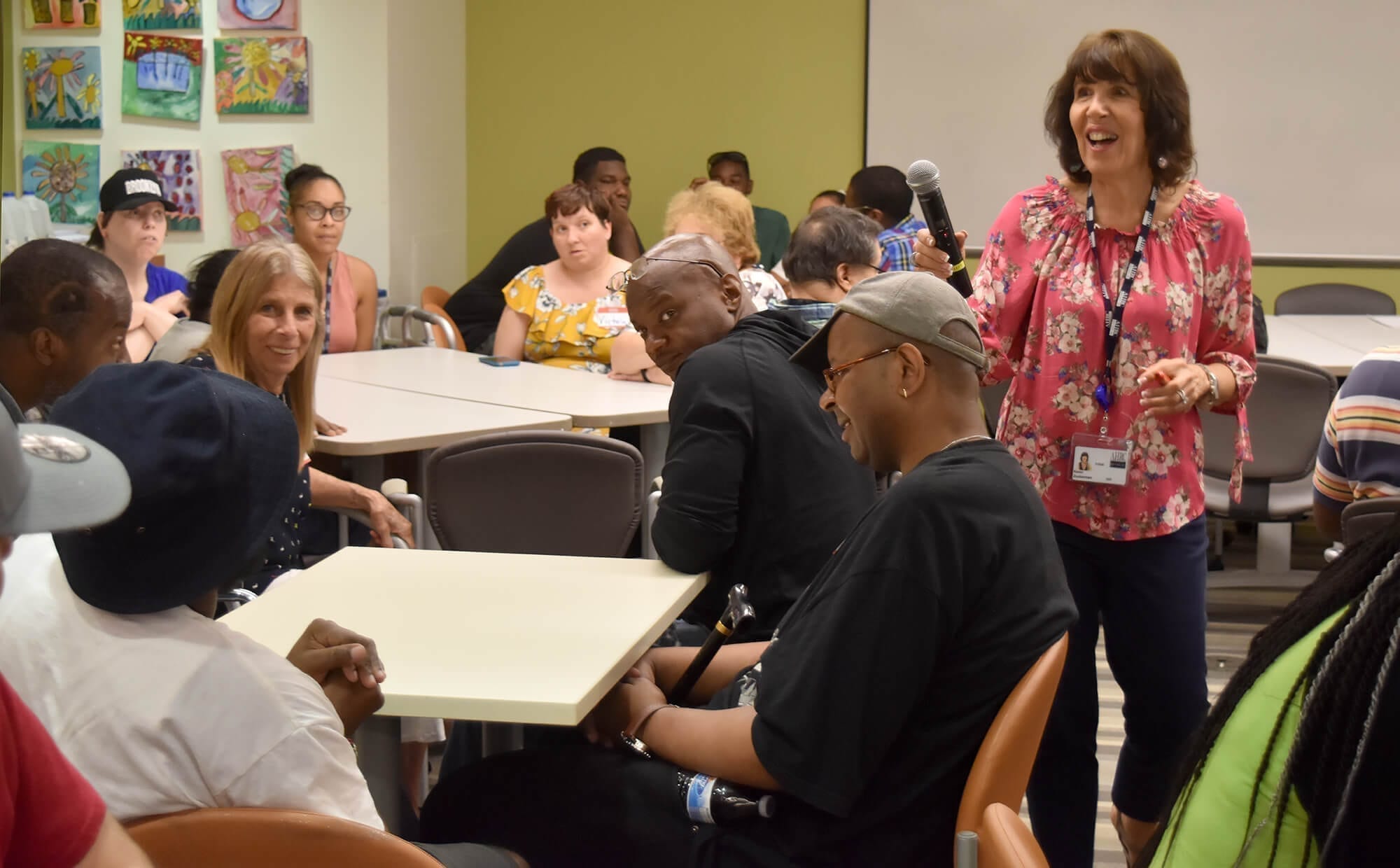 Karen Zuckerman, Director of Community Partner Engagement, organized the gathering for the Next Chapter Book Club

Book clubs are formed through AHRC NYC’s Day Services and Employment and Business Services programs. Each club has a partner from outside the agency who engages with the group about the reading material. Groups and partners were mixed up at the event, allowing for the development of new friendships and continued discussion of new ideas.

The theme of books chosen for this year had the broad theme of “wonder.” Selections included L. Frank Baum’s classic The Wonderful Wizard of Oz, a number of Roald Dahl books such as The BFG and Charlie and the Chocolate Factory, fairy tales, and more. Clubs took turns describing their reading experiences through both vocal and artistic means.

Alyssa Canty from AHRC NYC’sRockaway Parkway Day Services used her time at the microphone to express appreciation for being in a book club. “Book club is a nice thing to do,” Alyssa said. “Thank you to Karen and Laurie Abramson [a partner who works with the Rockaway Parkway book club] for helping me talk more about this because I can get nervous.” 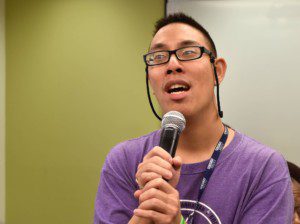 “I liked the book of fairy tales, especially Rumpelstiltskin,” Thomas Cheung of AHRC NYC’s Employment and Business Services – Manhattan said to the group. “I find all the fantasy stories to be educating books. I like to read and expand my mind. I like to draw the characters and learn about them.”

Sandra Rumayor began partnering with AHRC NYC for a different purpose. “I met Karen while helping with mock interviews,” Sandra said.  “She got me interested in the book clubs, and I’ve now been doing it for over a year.”

Sandra works with readers from AHRC NYC’s Walter and Evelyn Redfield Day Services, often using books on tape to accommodate visual impairments. They have read several books, with their favorite being Lewis Carroll’s Alice in Wonderland. The famous fairy tale inspired showman Natale Miceli to create numerous theatrical scenarios and Martin Neal to write his own book, My First Time on Broadway, that Sandra plans for the group to read together when it is completed.

“I went in not knowing what to expect and I have learned so much working with people like Natale and Martin,” Sandra said. “I’ve learned far more from them than they have from me.”