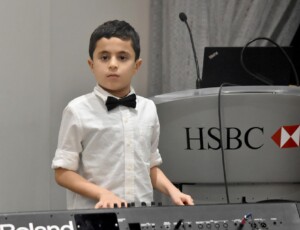 AHRC New York City and HSBC, one of the leading financial services companies in the world, have entered into a partnership that will create volunteering and other opportunities for HSBC employees, working with AHRC NYC employees, and people supported by AHRC NYC programs. HSBC has granted AHRC NYC $10,000 to support this new endeavor. 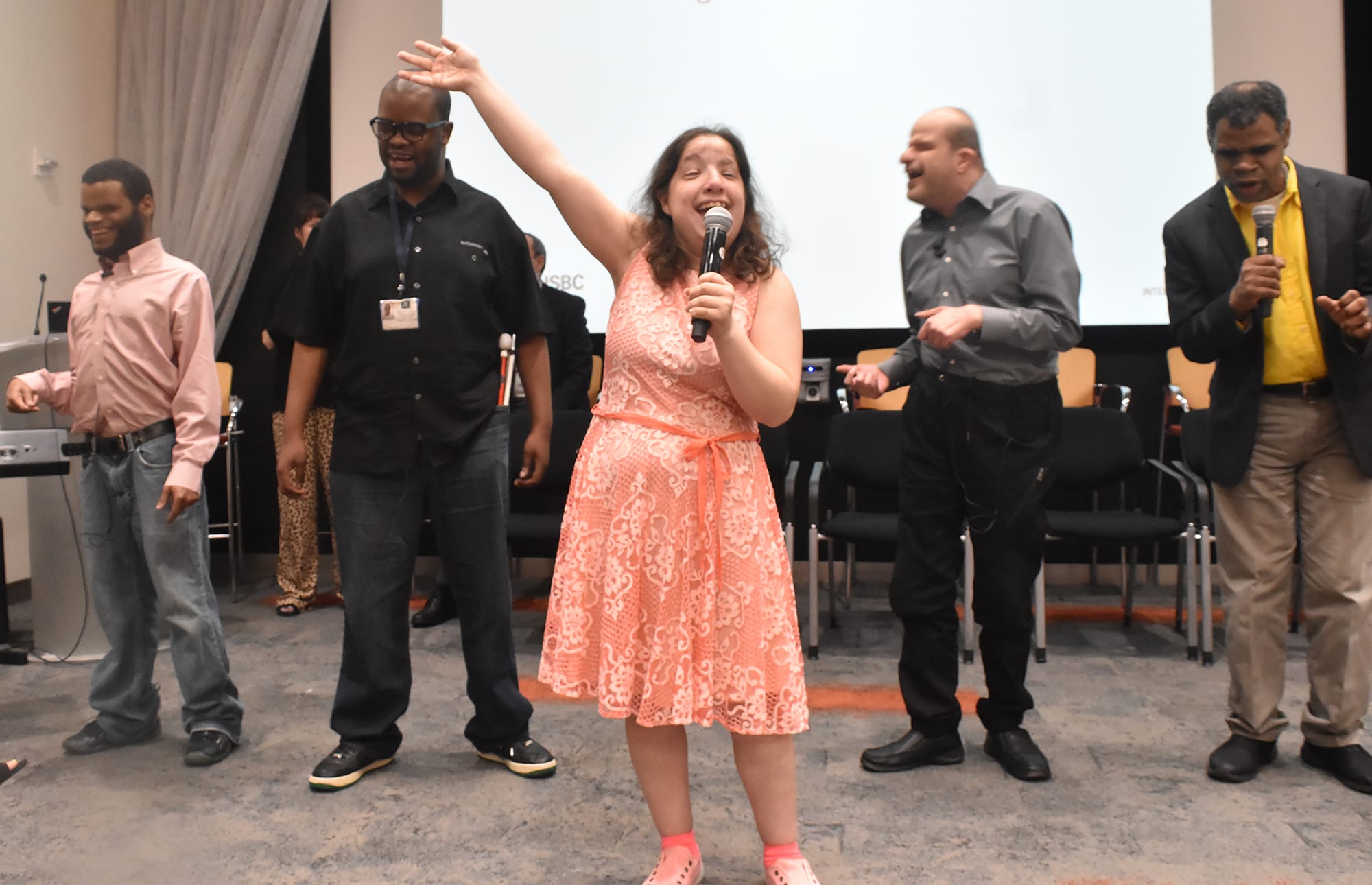 AHRC NYC’s Our Broadway performed a number of songs to entertain attendees of the event.

“Ability is our first priority here at HSBC and we want it to be yours, as well,” said Jaye Corvino, who is HSBC’s Manager for Volunteerism, Engagement, and U.S. Corporate Sustainability. Jaye said that HSBC prioritizes the opportunity for its employees to volunteer through the bank’s Involve program with an emphasis on partnering with organizations that promote inclusivity and social good. Additionally, Jaye has spearheaded the Ability employee resource group (ERG), which fosters a work environment that recognizes people of all abilities and promotes a better understanding of employees and customers with disabilities.

“What makes a firm succeed is diversity,” said Kavita Mahtani, Chief Financial Officer for HSBC’s North American operations. “Everyone moves in the same direction avoids that trap of becoming stagnant. Winning organizations have a diversity of people, thought, cultures, and backgrounds.”

“We really value the relationships we have with corporations. They help empower our work, they strengthen our work, they give us opportunities to give people with disabilities a chance to be a part of the fabric of New York City,” Marco Damiani, CEO of AHRC NYC, said. Marco made note of a powerful advertisement he had seen recently that used the slogan “Difference: The only thing we have in common. Do you know whose ad that was? It was HSBC’s!” 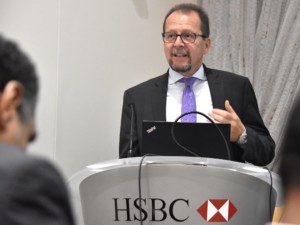 “The work that we do and the work that you do in these ERGs [Employee Related Groups] is about social justice,” Marco continued. “Now more than ever, we need to promote social justice in our communities, in New York City, and in this nation to ensure that people have the ability to be what they can be, to respect diversity, and to make sure that we have affirmative efforts to promote employment for people that are different.”

Shauna Lozada, Director of Corporate Partnerships and Business Development for AHRC NYC, led a panel discussion featuring five young professionals receiving employment support speaking about their experiences with finding and maintaining work. Andrew Kaen works at AiCure, an analytics company targeting the healthcare industry. “I was hired due to my ability to be very focused on the task at hand,” Andrew said. “I didn’t have to hide who I was or worry that my behavior would be judged. My immediate supervisor couldn’t be more understanding or supportive. It’s an environment in which I can relax and really focus on doing my job. I’m grateful to AHRC for helping me get this opportunity through the Specialisterne program.” 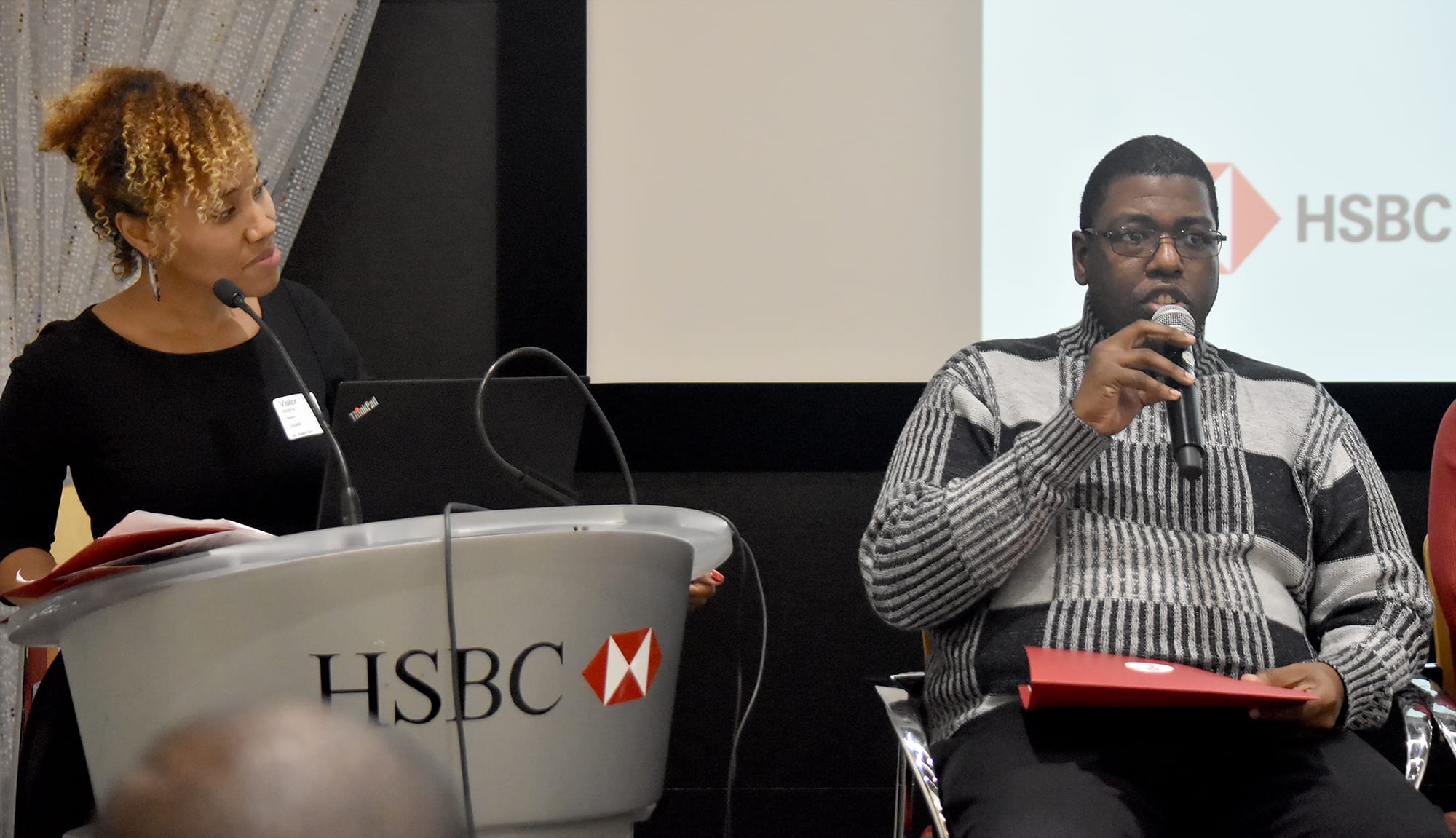 Asante Breland has worked at the Barclays Center since its opening in 2012. He has excelled in his role as a guest services representative and says that the experience has taught him a valuable lesson: “I learned a lot of different things working with AHRC, but I think the most important thing I’ve learned is not to call it a disability, but a different ability.”