AHRC New York City’s upstate camps, Camp Anne and the Katy Isaacson/Elaine Gordon Lodge, have an international flavor. In addition to representing campers and guests from the most diverse city in the United States, staff members at each camp hail from across the globe, united by their desire to create unforgettable memories for hundreds of people with intellectual and developmental disabilities each summer. 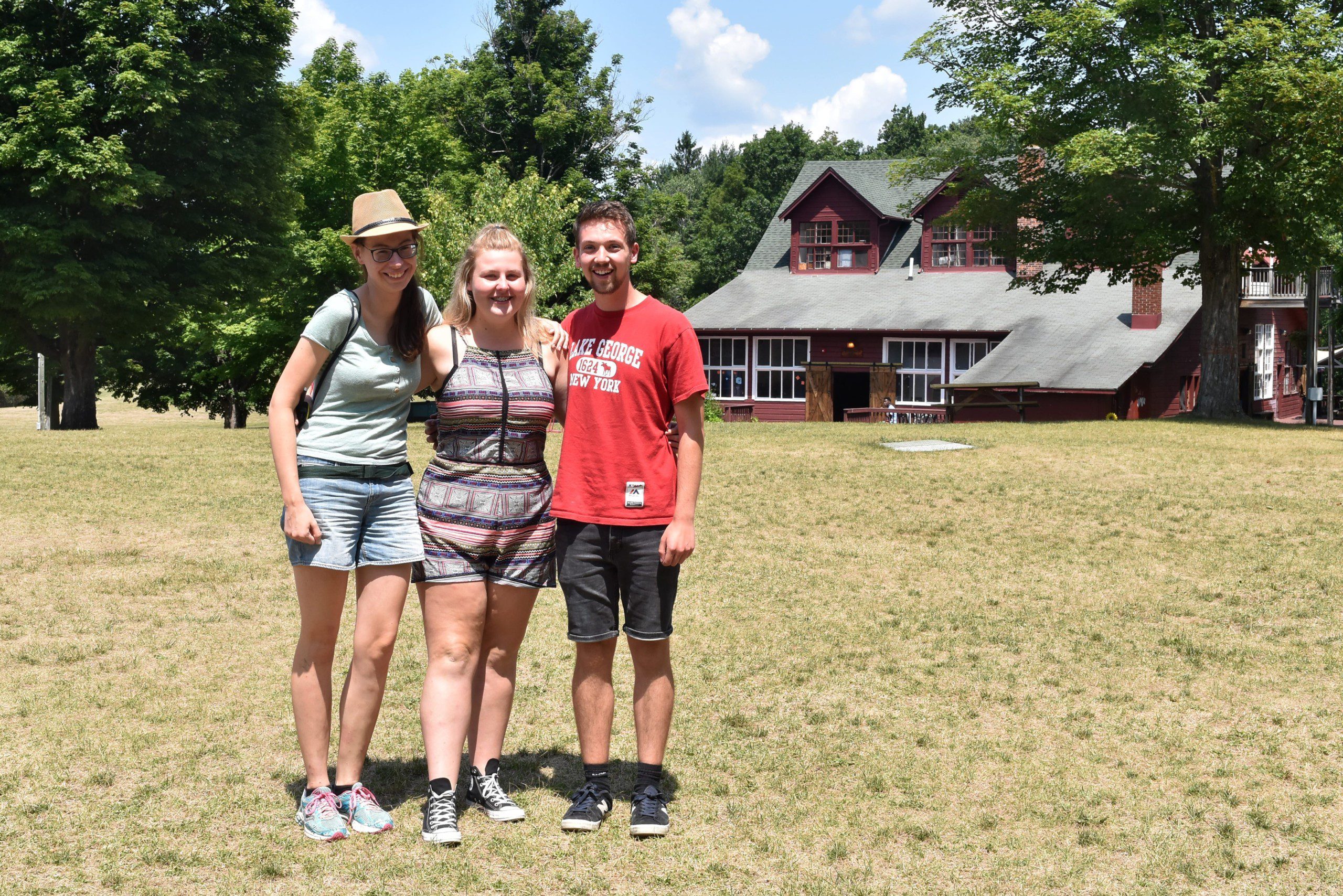 Counselors serve a vital role in both camps. Camp Anne is designed for campers with significant challenges, requiring some counselors to work one-to-one with individual campers. Guests at The Lodge are typically more independent but still require support from counselors to ensure their safety and enjoyment while camp is in session. Counselors at both camps may assist with daily-living skills while also facilitating a camp experience filled with activities such as swimming, boating, sports, interactions with farm animals, live entertainment, and much more.

“I work at a private school in Jamaica teaching physical education,” said Hakeem Edwards. “I always like taking care of those who have been marginalized and treated derogatorily. There is always some way to help them.”

On a perfect late July day at Camp Anne, Hakeem was assisting camper Joseph Figueroa to eat his lunch. This was Hakeem’s second consecutive summer at the camp. “I’m hoping to come back next summer as well,” he said while smiling. “I have been working with some of the most challenging campers this year. I embrace it. Joseph and I will walk around the camp all day and all night because that’s what he loves to do—he’s always on the move.”

Hakeem explained that his experiences at the camp have improved his ability to connect with his students back home in Jamaica. “After working here, I feel I can take care of any disabled person,” he said. 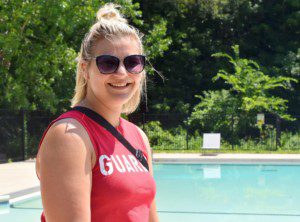 Hakeem and Joseph were eating by the Camp Anne pool, where Georgia Rivers is in her fourth summer as a lifeguard. “I had friends that had done other summer camps. They all had sports that they did professionally,” Georgia said. “I thought you had to have a special skill to work at a camp. It didn’t occur to me that there are special needs camps.”

Aquatic activities attract nearly all campers, which is enticing for Georgia, who has a goal to swim across the English Channel in the future. “I love to be with every single person involved in the camp,” she said. “Some of the nicest moments happen at the pool—a lot of the campers never want to leave!”

Georgia is no stranger to people with disabilities. “I went to an inclusive primary school. I always grew up working with kids with special needs. When I went into the real world I could see how unaccepting everyone else was and that was not ok.” In her hometown of Dover, England, Georgia now works as a teaching assistant at a special needs school and does part-time support work for a young man with autism. “It’s the most rewarding work I’ve ever done—I don’t know how I’ll ever go back,” she said.

Two staff members said they had personal experiences that influenced their choices to work at AHRC NYC camps. “My sister has a learning disability. I wanted to work here because I can relate to it,” said Rhys Phillips, who hails from the United Kingdom. “Every camper is so unique here. No matter how much experience you have, you can’t compare what their experience may be to someone else’s.” 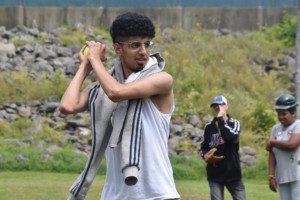 Naeem Saleh is from London and spent his summer at The Lodge, doing a wide variety of activities with guests. “My mom is blind in both eyes and that happened when she was about 14, so to this day I have that life experience,” he explained. “I was at a Jewish camp at first, but Matt [Hatcher, Director of The Lodge] called me and asked if I was interested in coming here instead. I felt I could have a bigger impact at this camp. And it’s been amazing.”

Rita Szabo from Hungary and Megan Bradfoot from the UK both reflected on the relationships they fostered with the people they supported at Camp Anne. 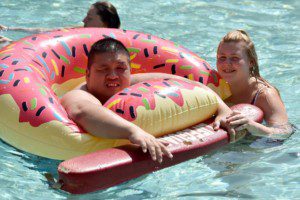 “I study special needs education in Hungary and this camp was a good fit for me,” Rita said. “When you start to get to know your camper and your camper starts to know you, that bond you build is incredible.”

Megan, who was in her third year at Camp Anne, concurred with her colleague, adding “I love when you’re not really getting anything from the camper, if they are nonverbal or have trouble communicating, that first time they look at you or smile at you makes it all worth it. That smile when you haven’t had anything for five days means everything.” 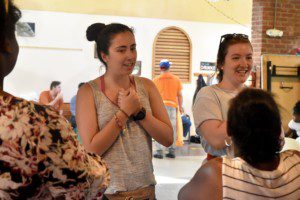 Sometimes, staff members don’t even need to travel from across an ocean to be inspired by the work. “I was at a conference in Lake Placid when I met Sam Emsell and Joe Antcliff from The Lodge,” said Emma Kay Roche. She is from Rockaway Beach in Queens and studies recreational therapy at SUNY Cortland. “Sam and Joe did not spare any details about what camp would be like but it still sounded so fun. I told them I was jealous since I grew up in the city and I never had a chance to go to a camp like this.”

The fun for Emma Kay included accompanying guests with boating on the lake, playing a number of different sports, and live entertainment ranging from karaoke to a weekly magic show. Initially overwhelmed, she began to thrive in short order and hopes others will do the same, no matter where they come from. “The first session I was like ‘Whoa this is a lot,’ but you form so many bonds and relationships that it’s all worth it. It no longer seems like a hard job. It starts to feel like anyone can do this and I wish more people would. It’s a great experience for anybody.”