Her Visit To Be Featured TONIGHT at 7 PM on NY1

Representative Alexandria Ocasio-Cortez made an impromptu visit to the Howie Stone Day Services and ArTech today while she was touring community gardens across her district in the Bronx. Her tour will be featured tonight on NY1 at 7:00 p.m.; please tune in! 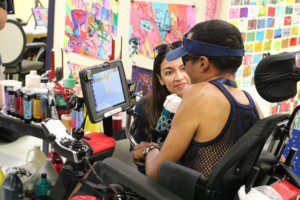 The New York Restoration Project helped to refurbish the garden at the Howie Stone Center through a grant that AHRC NYC received. Rep. Ocasio-Cortez came to see the garden’s progress as well as meet with people supported and staff members at the facility. The congresswoman spoke with Abe Roberts, a self-advocate who vocalized his concerns about the political debates and to not forget people with disabilities and the need to keep advocating and funding to support citizens with disabilities. She then met with some of the artists, specifically Luis Clemente, an artist from Puerto Rico. She was presented with embroidery completed by Venecia Septimo and fresh-cut basil from the garden.

Rep. Ocasio-Cortez, often referred to by her initials AOC, has become one of the most well-known congresspeople in the country since shocking New York when she won the Democratic nomination for her district in June 2018. She is the youngest woman to ever serve in Congress. Her district covers the eastern half of the Bronx and parts of Queens. Rep. Ocasio-Cortez has been a fearless advocate for a number of important issues close to the I/DD community, including maintaining federal funding for the Special Olympics and protecting Medicaid. 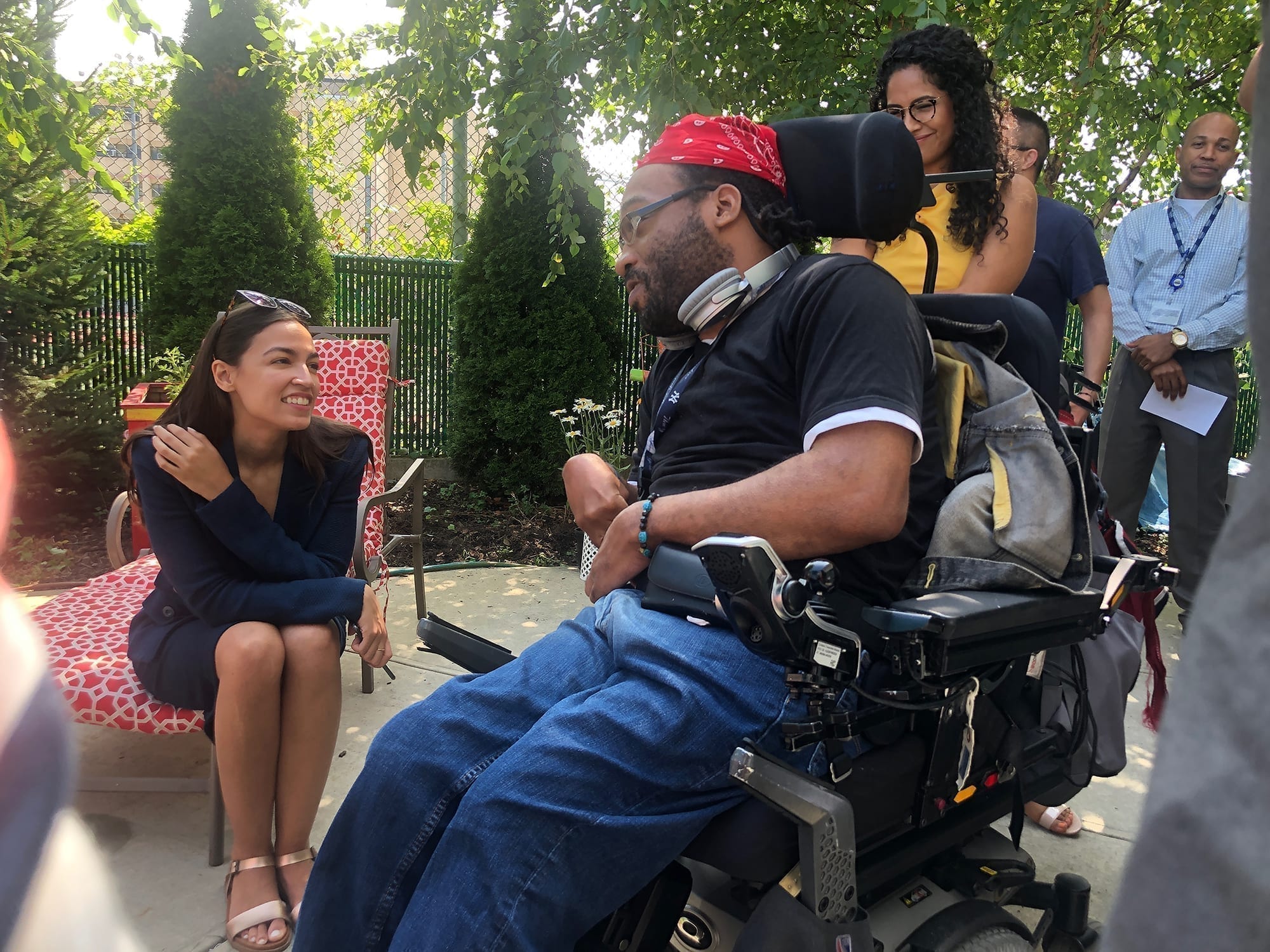 Staff members and people supported universally praised Rep. Ocasio-Cortez for her warmth and authenticity. AHRC NYC was so pleased that she came to visit the Howie Stone Center; we hope she came away as impressed with us as we were with her.