The AHRC NYC Comic Arts program is building, learning, and having a great time as a part of the New York City comics community! Over the weekend of January 26th and 27th, seven artists supported by AHRC NYC from across three programs came out to Bay Ridge, Brooklyn for the “POW! Comic Convention.” Over a dozen different published comics, art books, and zines were displayed by these artists.

The Brooklyn comics community made AHRC NYC artists feel right at home as they met their fellow creators, sold their work, and made new friends. It was wonderful to spread awareness to so many receptive and supportive people who were excited to meet AHRC NYC’s talented artists.

Alex Torres is a visual artist supported at Brooklyn Day Habilitation who debuted his art book, “Alex Torres’ Artist Jam Vol. 1,” at Powcon. It is hard to say if Alex had more fun behind the table where he sold his book and made fans or on the convention floor where he video-recorded interviews with other artist exhibitors whose work he complimented. 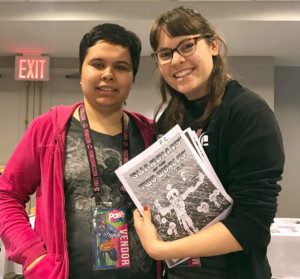 Gaby Ramirez was the star of the show and was met with applause for her new book, “GTW: Guardians of the Two Worlds.” This is a story that Gaby has been sketching and writing about for years and now it’s finally a reality! A convention veteran, Gaby was very comfortable behind the table and was eager to greet passers-by and put her work in front of their eyes.

Gaby’s brother said it best: “You found something you wanted to do, practiced, set a goal and here we are with your finished book–congrats, that’s how to be a person!”

The artists had a great time and left the event inspired to make more art and to exhibit again! In April, they are hoping to attend the Society of Illustrator’s “MoCCA Festival”, a long-running alternative comics convention. Around this time there are also plans to hold a gallery show in the exhibition space at Anyone Comics, a comics community partner in Brooklyn. In the meanwhile, the artists will continue to do what they love: getting better at making comics.

Reactions from the Artists and Their Loved Ones

“The experience I had at the convention was selling my comics – ‘The Encounter’ and ‘GTW! Guardians of the Two Worlds!‘” said Gaby. “I also made friends with people who are big fans of pop culture such as manga, anime, comic books, tokusatsu, and video games, and it was amazing! Maybe next year I’ll come back and sell more comics in manga-style with my family supporting me. It was so much fun!”

“Taking my daughter Gabriela to Powcon was the best decision I’ve made!” said Rejane Ramirez, (Gaby’s mother). “It made us realize that there was a community that was not only willing but eager to see what she had created and that really helped Gabby step out of her comfort zone. She greatly enjoyed interacting with everyone and has since become more serious about continuing to develop her skills as an artist, which has been an amazing side of her to get to know and continue to help flourish!” 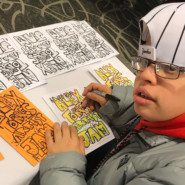 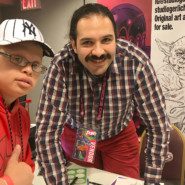 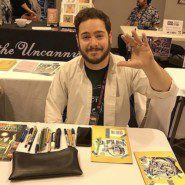 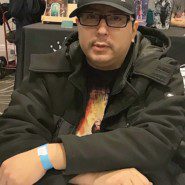