Bin Feng came to the United States with his family in 2002. The Guangzhou, China native still celebrates his homeland through his remarkable and indomitable artistic talents, using traditional Chinese techniques and imagery to create works that have earned placements in prestigious exhibitions and fairs.

“I’m proud of the rich history and culture of China,” Bin explained through an interpreter, Ren Zeng, a Nutritionist with AHRC New York City’s Day Services. “I love to share that history with others with my art.”

Bin’s mother, Hui Ling Wu, said that Bin has always enjoyed drawing, but he began taking his art more seriously beginning in 2017. Bin uses a wheelchair but has not let his limited mobility stifle his creativity.

“Art started as something that he could with his declining physical health,” Hui Ling explained. “Little by little he became more interested and developed it from there.” 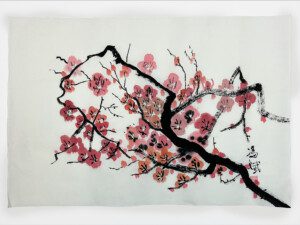 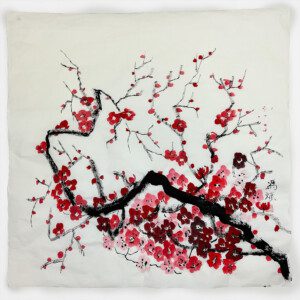 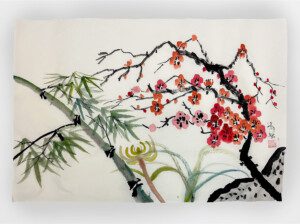 During this time, Bin began attending traditional Chinese art classes where he was able to learn more about the techniques involved in making Chinese paintings. This was supplemented by regular visits to AHRC NYC’s ArTech Collective studio in the Feng family’s home borough of the Bronx. Bin’s artistic output has flourished since then, often featuring symbols from Chinese culture, female figures, and a wide color palette.

“The studio provides a safe and comfortable environment that has really nurtured Bin’s and the other artists’ skills,” Ren said.

Gratitude to their Adopted Home

Pola-Ana Mora, Program Supervisor at ArTech, said that Bin seldom needs guidance from staff members to execute his vision. “We will help him move the page so he can reach different areas of the work,” Pola explained. “He works with quite a large paper, 27×27 [inches], so we’ll maneuver around his lap.”

In November 2021, Bin presented his works in public for the first time at The Other Art Fair in Brooklyn. As a result, Hui Ling has seen Bin accomplish more than she ever expected. 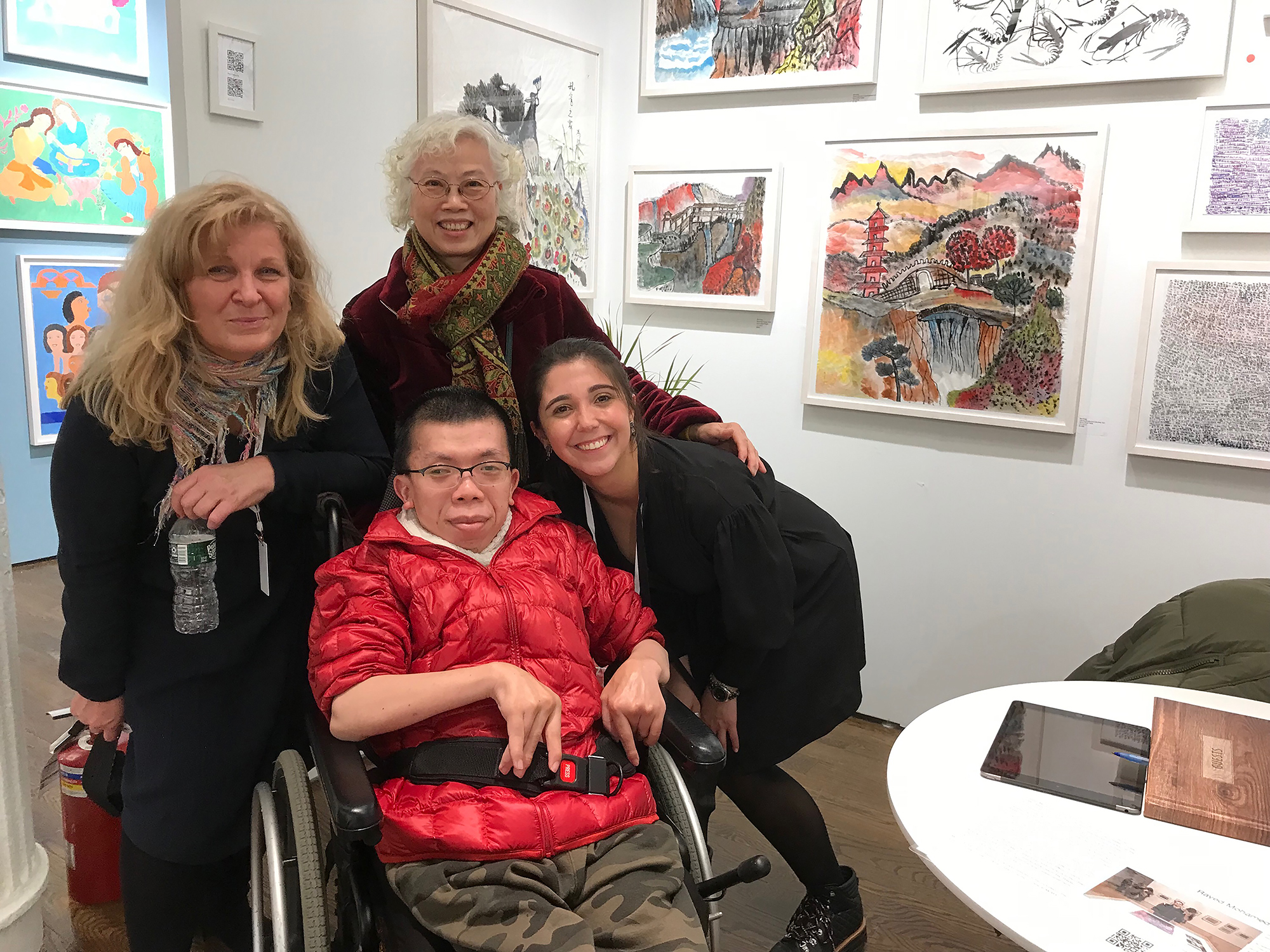 “I’m so grateful to the program because they are providing all the help—he couldn’t do it by himself and he really appreciates all,” she said. “The painting makes Bin feel happy and when he is happy that really helps his physical health. As his mom, that’s what I like to see—Bin being happy.”

Bin and his family have embraced their new home as much as they venerate the culture of their old home. “The United States has been very helpful to us and AHRC NYC has been wonderful,” Hui Ling said. “They do not have the same [disability] services in China. Bin is so happy here and so are we. We are really grateful to AHRC and the United States.” 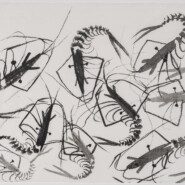 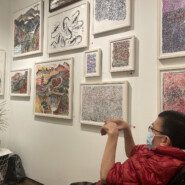 Bin Feng exhibits his work as it’s displayed at The Other Art Fair. 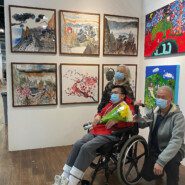 Bin Feng with his mom and dad at The Other Art Fair. 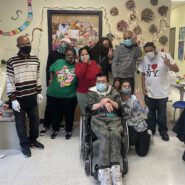 Bin Feng, center, with his friends at ArTech Collective in the Bronx.