On Saturday, April 21st about 150 volunteers from NBC 4 New York and Telemundo 47, arrived at AHRC NYC Fisher Day Services in Harlem to give the center a coat of fresh paint, prepare a planting area for flowers, create a library and work on a variety of other projects in rooms named after famous Harlem personalities throughout the facility!

The day was the 17th Annual Comcast Cares Day, a day of corporate volunteer efforts for Comcast NBC Universal employees and their families in 11 cities across the country!  AHRC New York City’s Fisher Center was lucky to be one of the projects chosen for Comcast’s volunteer efforts this year. Additionally, George Oliphant, host of the home redesign show, “George to the Rescue” was present and will be doing a follow-up project to help rebuild parts of the Fisher facility at a date later this spring!

The day began with Eric Lerner, President and General Manager for NBC News 4 New York making opening remarks. He said that the volunteers at AHRC’s Fisher Center were joining 100,000 volunteers across the country trying to deliver positive change in a day for giving back and making a difference. He was followed by Cristina Schwartz, President and General Manager of Telemundo 47 who spoke about giving back being the core of the company’s culture. She also spoke about how supporting the communities served by the company is also central to the Telemundo heritage!  Marco Damiani, AHRC New York City’s new Executive Director thanked the Comcast volunteers for their assistance and partnership in helping us build a better world and he introduced AHRC Fisher Center’s choir, Soaring Wings, who performed a song that brought tears to many eyes. George Oliphant spoke briefly about the work of the day and everyone set out to get their paintbrushes, hammers, and other tools and begin the work of the day! 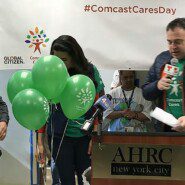 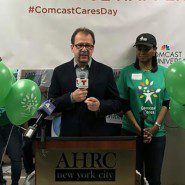 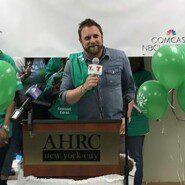 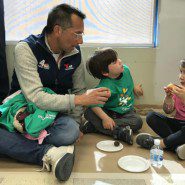 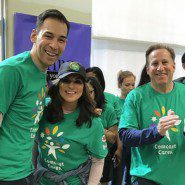 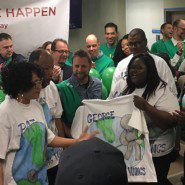 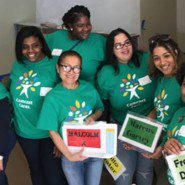 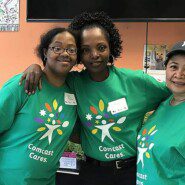